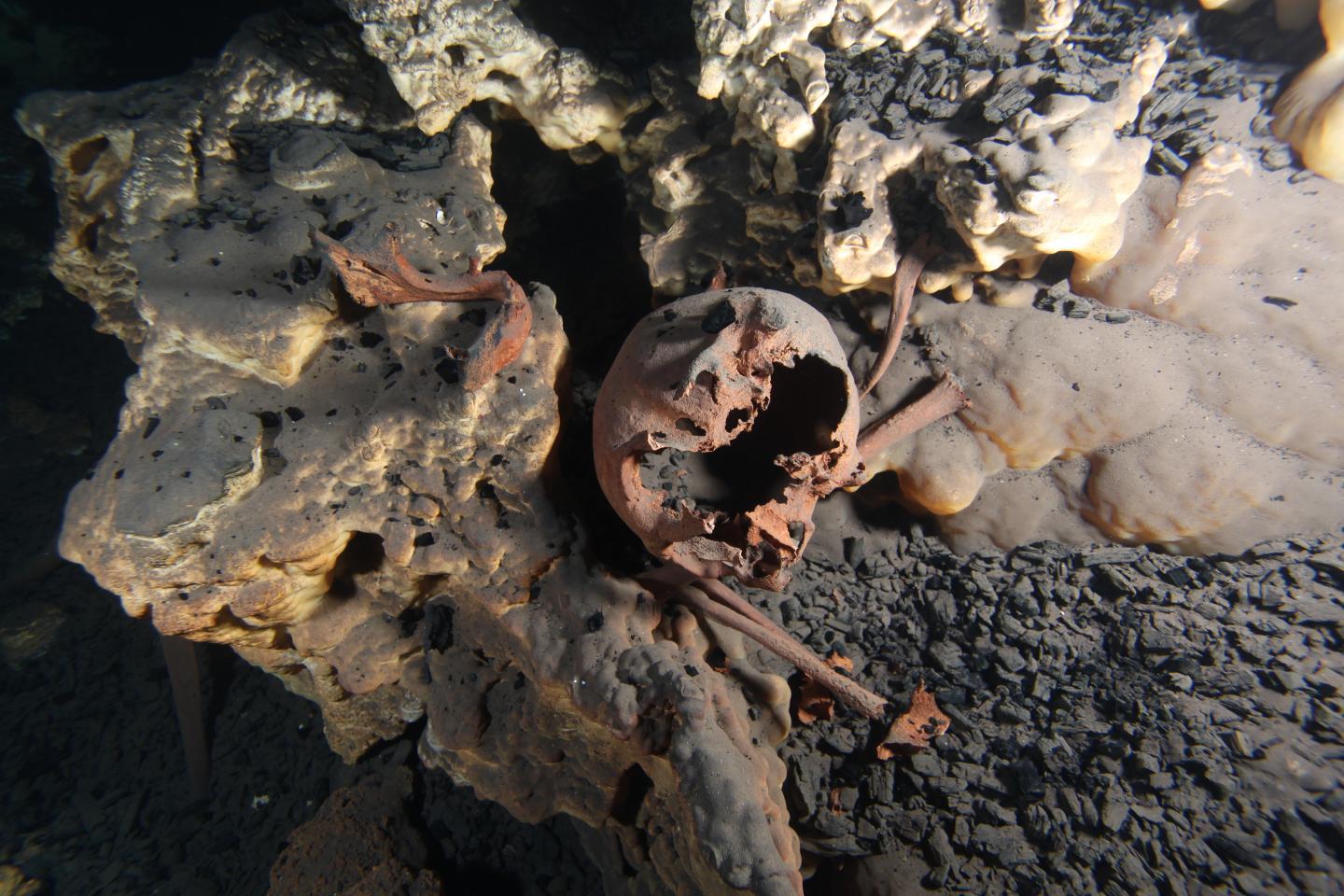 Ancient skulls from the cave systems at Tulum, Mexico suggest that the earliest populations of North America may have already had a high level of morphological diversity, according to a study published January 29, 2020 in the open-access journal PLOS ONE by Mark Hubbe from Ohio State University, USA, Alejandro Terrazas Mata from Universidad Nacional Autónoma de México, Mexico, and colleagues.

Debate about the origins of the earliest humans in the Americas has relied on relatively little data, in part due to the rarity of early human remains in North America.

The coastal, mostly-flooded limestone cave system in the city of Tulum in the Mexican state of Quintana Roo encompasses at least eight different sites with ancient human remains (approximately 13-8 kya). After dating and scanning four relatively well-preserved skulls retrieved from different sites within this cave network, Hubbe and colleagues used craniofacial morphology to compare these skulls with a reference dataset of worldwide modern human populations.

The authors found unexpectedly high diversity among the skulls. While the oldest skull showed close morphological associations with modern arctic North Americans in Greenland and Alaska, the second-oldest skull demonstrated strong affinities with modern European populations–a new finding for early American remains using this type of reference comparison. Of the two remaining skulls, one appeared to show associations with Asian and Native American groups, while the other showed associations to arctic populations in addition to having some modern South American features.

These findings are surprising considering that previous studies have not shown this level of diversity: earlier work on South American remains has instead found consistent associations with modern Australo-Melanesian and African groups, and with Late Pleistocene specimens found in Europe and Asia. The authors posit that early North American colonizers may have been highly diverse, but that diversity reduced when some populations dispersed into South America. This study underscores the need to pursue new archaeological evidence across the continent to build more robust models of early diversity, migration and dispersal across the Americas.

The authors add: “Four ancient skulls discovered in the submerged caves of Quintana Roo, Mexico, show that Early Americans had high biological diversity since the initial occupation of the continent.”

In your coverage please use this URL to provide access to the freely available article in PLOS ONE: https://journals.plos.org/plosone/article?id=10.1371/journal.pone.0227444

Citation: Hubbe M, Terrazas Mata A, Herrera B, Benavente Sanvicente ME, González González A, Rojas Sandoval C, et al. (2020) Morphological variation of the early human remains from Quintana Roo, Yucatán Peninsula, Mexico: Contributions to the discussions about the settlement of the Americas. PLoS ONE 15(1): e0227444. https://doi.org/10.1371/journal.pone.0227444

New innovations in technology could benefit veterans with PTSD

Cool adaptations to the cold