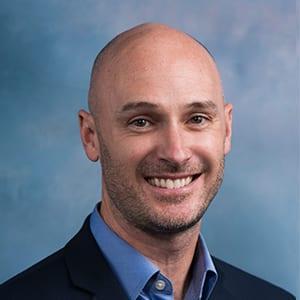 ATLANTA–Exposure to microbiota, or microorganisms such as bacteria, in the early stages of life plays a crucial role in establishing optimal conditions in the intestine that inhibit the development of colon cancer in adulthood, according to a study led by Georgia State University.

The research team explored how being exposed to microbiota in utero and in the weeks after birth contributed to the development of colitis-associated cancer in mice later in life. Until now, the effects of prenatal and early postnatal microbial exposure on adult health and disease outcomes have received relatively limited research focus. The findings are published in the journal Cancer Immunology Research.

“Our conclusions are that early-life microbiota are instrumental in regulating proper immune responses that are effective at limiting the development of colon cancer in mice,” said Dr. Tim Denning, lead author of the study and professor in the Institute for Biomedical Sciences at Georgia State. “When you have altered microbiota early in life or the absence of microbiota in early life in this case, that may predispose you to the development of colon cancer and perhaps other cancers.

“It’s been appreciated for quite some time that the microbiota can play an important role in the development of cancer and other diseases. However, the majority of these studies have been in adults. Our findings show that a key timing of exposure to the microbiota and microbiota metabolites may actually be very early in life. We think this makes sense because during development, whether it’s in utero or early postnatal, there are so many changes going on that the contribution of the microbiota can be very impactful. That is the novelty of this finding.”

Studies have shown that gut microbiota are instrumental in fostering normal body function and a stable immune system in the host, but the research has been conducted in adult mice and humans because of the difficulty in studying microbiota in utero or in newborns. Humans and mice are initially exposed to microbiota when they are born, either by coming through the birth canal or being delivered through Caesarean section. The mother has microbiota which produce compounds called metabolites that can affect fetal development. In this study, the researchers investigated whether microbiota in this early period could influence disease in adulthood.

The study compared two groups of mice. The first group was mice born to germ-free mothers and raised under germ-free conditions (meaning no exposure to bacteria from their mother or in the environment outside the womb) until weaning. Then, they were transferred to normal conditions and exposed to normal microbiota. The second group was mice born to normal mothers and then bred under regular conditions with microbiota. At six weeks old, all of the mice had colon cancer induced.

“We found remarkable differences,” Denning said. “The ex-germ-free mice had much larger and many more tumors in the colon.”

The study found the absence of microbiota in early life resulted in enhanced pro-inflammatory gene expression and an accumulation of immune cells called myeloid-derived suppressor cells. These cells suppress other immune cells that can help to limit or kill tumors.

“When you have a tumor that starts to develop, you want your immune system to recognize that as abnormal and try to stop it,” Denning said. “If it works perfectly, the tumor is killed off. But the tumor can start to hijack some of those immune cells for its own benefit, and one key example are myeloid-derived suppressor cells. They accumulate inside the tumor and suppress new, incoming immune cells that are trying to kill the tumor. That allows the tumor to grow bigger and for more tumors to grow. That’s one of the consequences of the absence of microbiota in early life. To demonstrate this, we blocked a specific pathway that helps to recruit myeloid-derived suppressor cells, and we were able to completely reverse the enhanced size and number of tumors in ex-germ-free mice.”

While humans are not germ-free, these results could provide insight into how the composition of microbiota in mothers and babies may control many inflammatory genes and susceptibility to diseases, including cancers, later in life. Gaining a better understanding of how microbiota and other factors are influential very early in life could lead to solutions, such as manipulating certain pathways.

The study is funded by the National Institutes of Health, the Crohn’s and Colitis Foundation, the Japanese Society for the Promotion of Science and the Veterans Health Administration.

New book about the IAU published

Scienmag Apr 5, 2019
Credit: Springer/IAU The International Astronomical Union (IAU) was founded in 1919, in the wake of the First…

Checking DNA base editor’s mistakes and tricks to reduce them