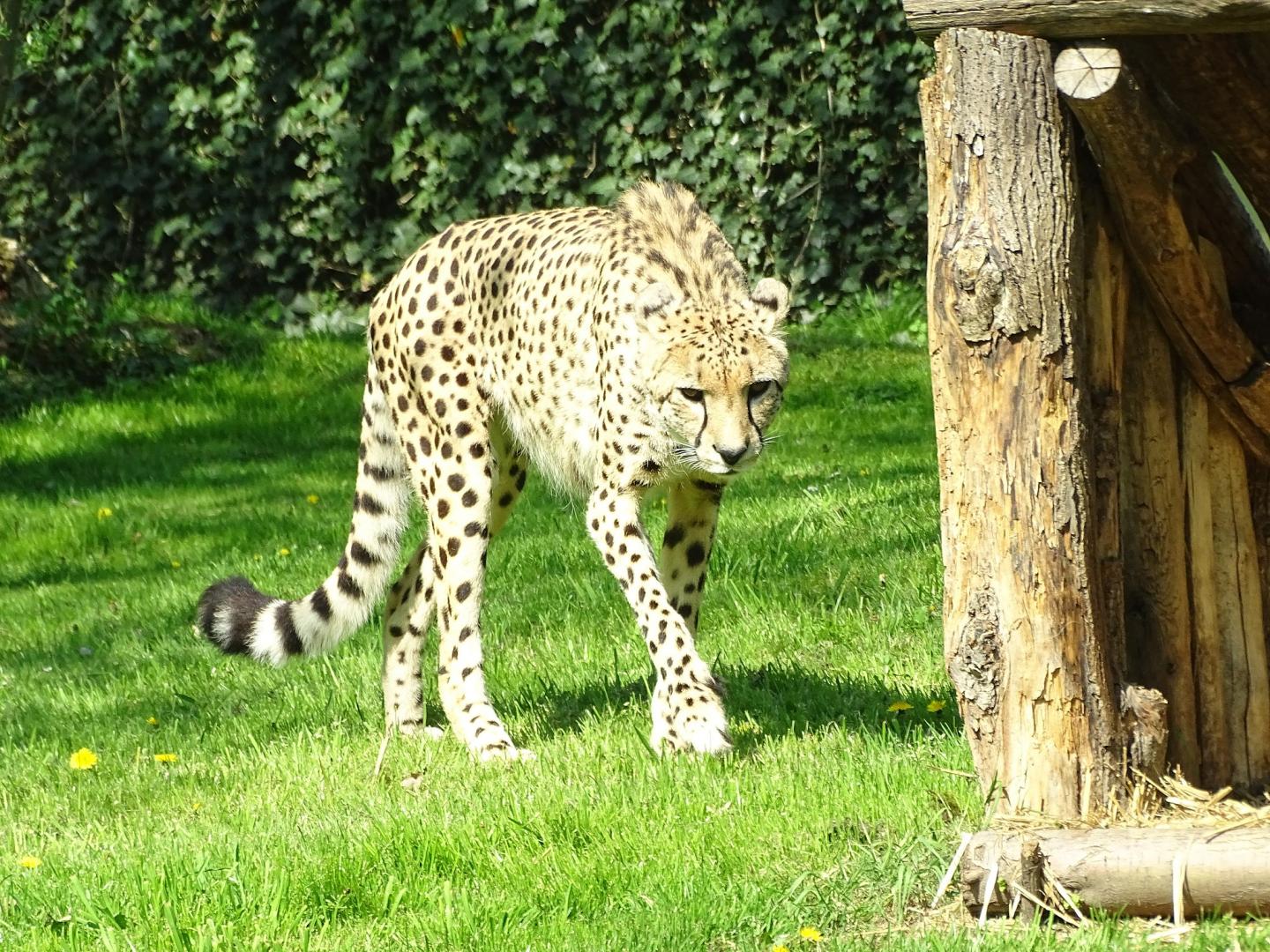 Cheetah experts in many zoos around the world are at a loss. Despite all their efforts, these cats often do not reproduce in the desired manner. Researchers from the Leibniz Institute for Zoo and Wildlife Research (Leibniz-IZW), together with colleagues from the Allwetterzoo Münster, have now found a key to the issue: the age of the mothers at the first pregnancy is the decisive factor. In contrast to the wild, felines kept in zoos are often bred only years after they have reached sexual maturity. From the study results, the researchers derive recommendations for keeping cheetahs in zoological gardens. The study was published in the journal “Journal of Zoo and Aquarium Research“.

It’s not the stress. This was shown by the scientific team in a study of 12 female cheetahs from zoos in Denmark, Germany, Portugal, Austria and Switzerland, whose entire lives they followed. The concentration of their “stress” hormones – measured over several weeks as metabolites in the faeces – was as high in mothers as in females who had no offspring. Instead, the age of the mothers is the decisive factor. “We saw from the stud books that the reproduction failed when the females were six years or older at their first introduction to a male,” says Bettina Wachter from Leibniz-IZW, head of the study.

There are mainly logistical reasons why zoological gardens are often late in “family planning”. In order to keep the gene pool as diverse as possible, felines are usually not mated within a facility. “For this, males are sometimes transported between countries,” says Carsten Ludwig of the Allwetterzoo Münster, first author of the study and doctoral student at Leibniz-IZW. “But it can take one to two years until the breeding permit of the European Endangered Species Programme (EPP) and all official documents for import and export have been obtained.”

Cheetah females become sexually mature at approximately two years of age. They have a three-week cycle and are ready for conception for two to four days during oestrus. “We know that this cat species mates in the wild as soon as the females become sexually mature,” says Bettina Wachter. Three months later, the cheetahs give birth to their young and suckle them for approximately four months. “Then their cycle sets in again. However, they usually only allow the males to mate again when the cubs are approximately one and a half years old. The zoo study also showed that females that had offspring for the first time at a young age still became pregnant at an advanced age. Late first mothers are the exception – similar to humans. “Early pregnancy gives the reproductive system a boost, which makes it easier to become pregnant again in advanced years,” says Bettina Wachter.

“These results indicate that one can create the best conditions in the zoo for cheetahs: If the female only meets a male for the first time when she is six years old or older, it’s usually too late,” concludes Carsten Ludwig. Dissections of deceased captive cheetahs without offspring revealed that the oestrogen fluctuations caused by the cycle, which were uninterrupted for years, can damage the internal reproductive organs and lead to cysts, for example. “There are animal species that react very sensitive to such long-lasting fluctuations in oestrogen. Elephants and rhinoceros are among them. And also cheetahs,” emphasizes Wachter, who published a study on this topic in cheetahs in 2011 together with Thomas Hildebrandt and Robert Hermes from the Leibniz-IZW.

What recommendations can be derived from these study results? “As soon as the females are sexually mature, there is an ideal timeframe of two and a half to three years to breed them. If zoos can organise this in terms of time and logistics, they should have higher breeding successes,” explains Carsten Ludwig. A regular exchange programme of male cheetahs between the institutions could be helpful.

“We have also shown that reproductive suppression can occur when female cheetahs are kept together in a single enclosure: the dominant female might suppress the cycle of the others,” says Ludwig. “How exactly this suppression takes place, which has already been observed by American colleagues, is not yet known, but presumably through hormonal mechanisms.” Therefore, cheetah females – who are solitary anyways – should not be kept together with other adult females. Before a female is to be mated, she should also not be housed together for a while with male cheetahs. “It seems that otherwise the sexual stimulation is missing,” says Bettina Wachter.

Smartphones as ophthalmoscopes save sight