A once understudied topic now shows a clear link between cannabis use and brain alterations, whereby chronic use may lead to poor conflict resolution skills 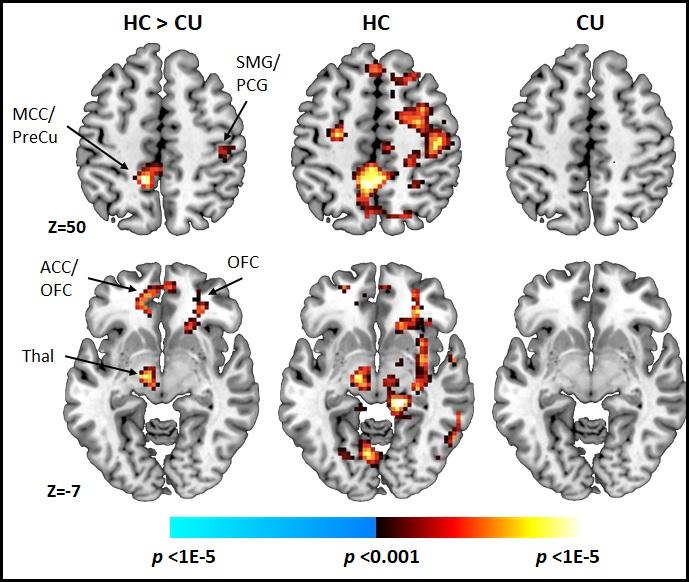 Washington, DC, June 20, 2019– The development of neural circuits in youth, at a particularly important time in their lives, can be heavily influenced by external factors–specifically the frequent and regular use of cannabis. A new study in the Journal of the American Academy of Child and Adolescent Psychiatry (JAACAP), published by Elsevier, reports that alterations in cognitive control–an ensemble of processes by which the mind governs, regulates and guides behaviors, impulses, and decision-making based on goals are directly affected.

The researchers found that these brain alterations were less intense in individuals who recently stopped using cannabis, which may suggest that the effects of cannabis are more robust in recent users. Additional findings from the study also suggest greater and more persistent alterations in individuals who initiated cannabis use earlier, while the brain is still developing.

“Most adults with problematic substance use now were most likely having problems with drugs and alcohol in adolescence, a developmental period during which the neural circuits underlying cognitive control processes continue to mature,” said lead author Marilyn Cyr, PhD. “As such, the adolescent brain may be particularly vulnerable to the effects of substance use, particularly cannabis–the most commonly used recreational drug by teenagers worldwide,” added the postdoctoral scientist in the Division of Child and Adolescent Psychiatry at the New York State Psychiatric Institute, Vagelos College of Physicians & Surgeons, Columbia University, New York.

The findings are based on functional magnetic resonance imaging (fMRI) data acquired from 28 adolescents and young adults (aged 14-23 years) with significant cannabis use and 32 age and sex-matched non-using healthy controls. Participants were scanned during their performance of a Simon Spatial Incompatibility Task, a cognitive control task that requires resolving cognitive conflict to respond accurately.

Compared to their healthy counterparts, the adolescents and young adults with significant cannabis use showed reduced activation in the frontostriatal circuits that support cognitive control and conflict resolution.

The authors also examined the degree to which fluctuations in activity in relation to conflict resolution is synchronized across the different regions comprised in this frontostriatal circuit (that is, to what extent are regions functionally connected with each other). Although circuit connectivity did not differ between cannabis-using and non-using youth, the research team found an association between how early individuals began regularly using cannabis and the extent to which frontostriatal regions were disrupted, suggesting that earlier chronic use may have a larger impact on circuit development than use of later onset.

“The present findings support the mission of the Adolescent Brain and Cognitive Development study, a longitudinal study aimed at understanding the developmental trajectory of brain circuits in relation to cannabis use,” said Dr. Cyr. “In addition, these findings are a first step towards identifying brain-based targets for early interventions that reduce addiction behaviors by enhancing self-regulatory capacity.

“Given that substance use and relapse rates are associated with control processes, interventions based on neural stimulation, such as transcranial magnetic stimulation (TMS), and behavioral interventions, such as cognitive training, that specifically target the brain circuits underlying these control processes may be helpful as adjunct intervention strategies to complement standard treatment programs for cannabis use disorder.”

Dr. Cyr is a postdoctoral scientist in the Division of Child and Adolescent Psychiatry at the New York State Psychiatric Institute, Vagelos College of Physicians & Surgeons, Columbia University, New York. Her research focuses on understanding the cognitive and neural mechanisms underlying the development of impulsive-compulsive behaviors across healthy and psychiatric populations, with a particular emphasis on pediatric populations.

The Journal’s purpose is to advance research, clinical practice, and theory in child and adolescent psychiatry. It is interested in manuscripts from diverse viewpoints, including genetic, epidemiological, neurobiological, cognitive, behavioral, psychodynamic, social, cultural, and economic. Studies of diagnostic reliability and validity, psychotherapeutic and psychopharmacological treatment efficacy, and mental health services effectiveness are encouraged. The Journal also seeks to promote the well-being of children and families by publishing scholarly papers on such subjects as health policy, legislation, advocacy, culture and society, and service provision as they pertain to the mental health of children and families. http://www.jaacap.org

Elsevier is a global information analytics business that helps scientists and clinicians to find new answers, reshape human knowledge, and tackle the most urgent human crises. For 140 years, we have partnered with the research world to curate and verify scientific knowledge. Today, we’re committed to bringing that rigor to a new generation of platforms. Elsevier provides digital solutions and tools in the areas of strategic research management, R&D performance, clinical decision support, and professional education; including ScienceDirect, Scopus, SciVal, ClinicalKey and Sherpath. Elsevier publishes over 2,500 digitized journals, including The Lancet and Cell, 39,000 e-book titles and many iconic reference works, including Gray’s Anatomy. Elsevier is part of RELX, a global provider of information-based analytics and decision tools for professional and business customers. http://www.elsevier.com

Why a common antibiotic treating diarrhea is failing