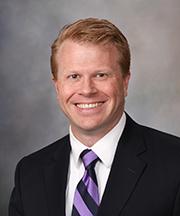 The ECOG-ACRIN Cancer Research Group (ECOG-ACRIN) today announced results from an extended follow-up analysis of patients in its randomized Phase 3 clinical trial, E1912. The results show that the combination of ibrutinib, a Bruton’s tyrosine kinase inhibitor, and the antibody therapy rituximab, continue to provide superior progression-free survival and overall survival compared to standard chemoimmunotherapy for patients (aged 70 or younger) with previously untreated chronic lymphocytic leukemia (CLL). The analysis provides new safety and efficacy information on the patients in E1912 who completed ibrutinib plus rituximab therapy and continued to receive ibrutinib for as long as it remained effective.

The American Society of Hematology (ASH) featured the analysis today at its 61st Annual Meeting in Orlando. After a median follow-up time of four years, roughly 75% of patients in the ibrutinib plus rituximab arm of the trial remain on ibrutinib.

The researchers observed ibrutinib to be well tolerated by the majority of patients, only 14% of whom stopped ibrutinib due to side effects. Only seven percent of patients progressed while on ibrutinib therapy.

The trial was designed and is being conducted by ECOG-ACRIN with funding from the National Cancer Institute, part of the National Institutes of Health. Tait D. Shanafelt, MD, a professor of hematology at the Stanford University School of Medicine in Palo Alto, California, was the lead investigator on the study.

Today’s analysis supports the earlier E1912 findings in the New England Journal of Medicine, which immediately advanced the standard of care for previously untreated CLL patients (aged 70 years and younger). The earlier E1912 results showed a two-thirds reduction in the risk of disease progression and less toxicity from therapy with ibrutinib plus rituximab compared to intravenous chemoimmunotherapy consisting of fludarabine and cyclophosphamide plus rituximab (FCR).

The current analysis, based on a median follow-up of 48 months, reports that 73 percent of patients in the ibrutinib plus rituximab treatment arm remained on ibrutinib. The median time on treatment was 43 months (range of 0.2 to 61 months). The median time to progression or death after discontinuing ibrutinib was 23 months. Superior progression-free survival benefits were sustained for the ibrutinib plus rituximab arm compared to the FCR treatment arm (hazard ratio [HR]=0.39; 95 percent CI, 0.26-0.57; p

The only pretreatment characteristic that predicted discontinuation of ibrutinib for a reason other than progression was the number and severity of health problems other than CLL. Among those patients, less than half progressed and the median time to progression was nearly two years.

The E1912 study is being conducted through the National Cancer Institute’s National Clinical Trials Network. Pharmacyclics LLC provided ibrutinib and clinical trial support funding under a cooperative research and development agreement with NCI and a separate agreement with ECOG-ACRIN.

About the ECOG-ACRIN Cancer Research Group

The ECOG-ACRIN Cancer Research Group is a membership-based scientific organization that designs and conducts cancer research involving adults who have or are at risk of developing cancer. ECOG-ACRIN comprises nearly 1100 member institutions in the United States and around the world. Approximately 12,000 physicians, translational scientists, and associated research professionals from the member institutions are involved in Group research, which is organized into three scientific programs: Cancer Control and Outcomes, Therapeutic Studies, and Biomarker Sciences. ECOG-ACRIN is supported primarily through National Cancer Institute research grant funding, but also receives funding from private sector organizations through philanthropy and collaborations. It is headquartered in Philadelphia, Pa. For more information, visit ecog-acrin.org or call 215.789.3631.