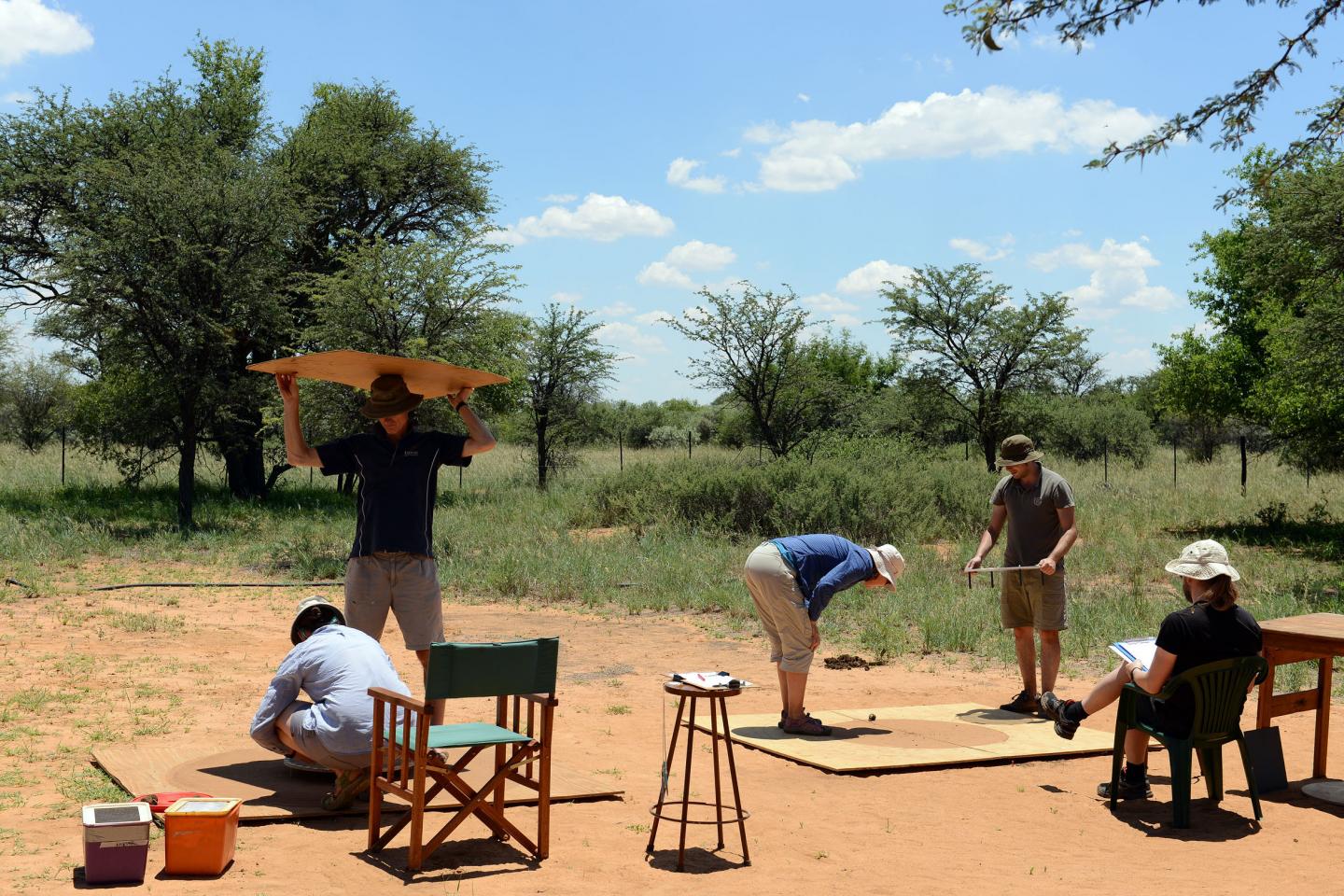 Researchers have shown for the first time that these insects use different directional sensors to achieve the highest possible navigational precision in different conditions.

The discovery of the dung beetles’ wind compass and how it complements the sun compass was made by an international research team comprising biologists from Sweden and the University of the Witwatersrand (Wits University) in South Africa.

“This is the first study that shows how an animal’s biological compass can integrate different directional sensors, in this case wind and sun, in a flexible way. This enables the highest possible precision at all times,” says Marie Dacke, professor of Sensory Biology at Lund University and leader of the research team.

When it is cloudy, or when the sun is higher than 75 degrees above the horizon in the middle of the day, dung beetles are unable to use the sun as a directional guide. A couple of hours later, when the sun is a little lower, they turn off the wind compass and again rely on the sun to navigate.

In the new study, researchers investigated dung beetles both in the field and in the laboratory. Using fans, to create and manipulate wind direction, they examined how wind direction affects the insects’ directional awareness. This was also done with the sun, by artificially changing its position with a mirror.

Conversely, when the sun was high, the situation reversed. The insects responded by switching to select the wind as a navigational tool, changing their course as the direction of the wind was changed by 180 degrees.

The results show that directional information can be transferred from the wind compass to the sun compass and vice versa. In this way, the dung beetles can continue on in one direction when one of the compasses becomes less reliable.

“The insects’ brains are definitely not pre-programmed to always follow the same set of actions. On the contrary, we can show that such small brains work according to very dynamic principles that adapt to the conditions prevailing at a given moment,” says Dacke.

The researchers had previously shown that, during the night, some dung beetles orientate by the Milky Way and polarised moonlight while rolling their dung balls in a straight line. Combined with the results from the new study, they show that the insects’ compass works at all times of the day or night and probably under almost any conditions.

“The beetles have a fall-back system of compass cues that they can switch between, dependent on which one is providing the most reliable information for orientation,” says Marcus Byrne, a professor at Wits University, who has collaborated with Dacke for almost 20 years on dung beetle orientation.

“Now we will go on to study whether the beetles can also use the wind at night. Another aspect we are curious about is what guides them when there is no wind and it’s cloudy,” says Dacke.

The aim of the research is to fully understand how very small brains handle large amounts of information in order to make a relevant decision: is it appropriate to turn left or right, or continue straight on?

Byrne illustrates this point, saying “choosing the most important job at any given moment is a task most computers struggle with, which we all know about from the frustration of attempting to send an email while our machine checks its virus protection”.

Dacke believes that the results will be of direct benefit within a few years, in areas like robot development and artificial intelligence (AI). Just like dung beetles, robots must take large amounts of information into consideration in order to direct their next action.

“Developments in AI are happening at breath-taking speed and part of my research is directly aimed at creating a model of how networks function to integrate information in a smart way,” she says.

The results are published in the journal Proceedings of the National Academy of Sciences (PNAS).

Online hate speech could be contained like a computer virus, say Cambridge…

Scienmag Dec 18, 2019
Credit: Stefanie Ullman The spread of hate speech via social media could be tackled using the same…