Researchers at Yale University gain insights into the mechanics of touch by studying the sensitive skin on ducks’ bills, which they found is similar in some ways to the skin on human palms 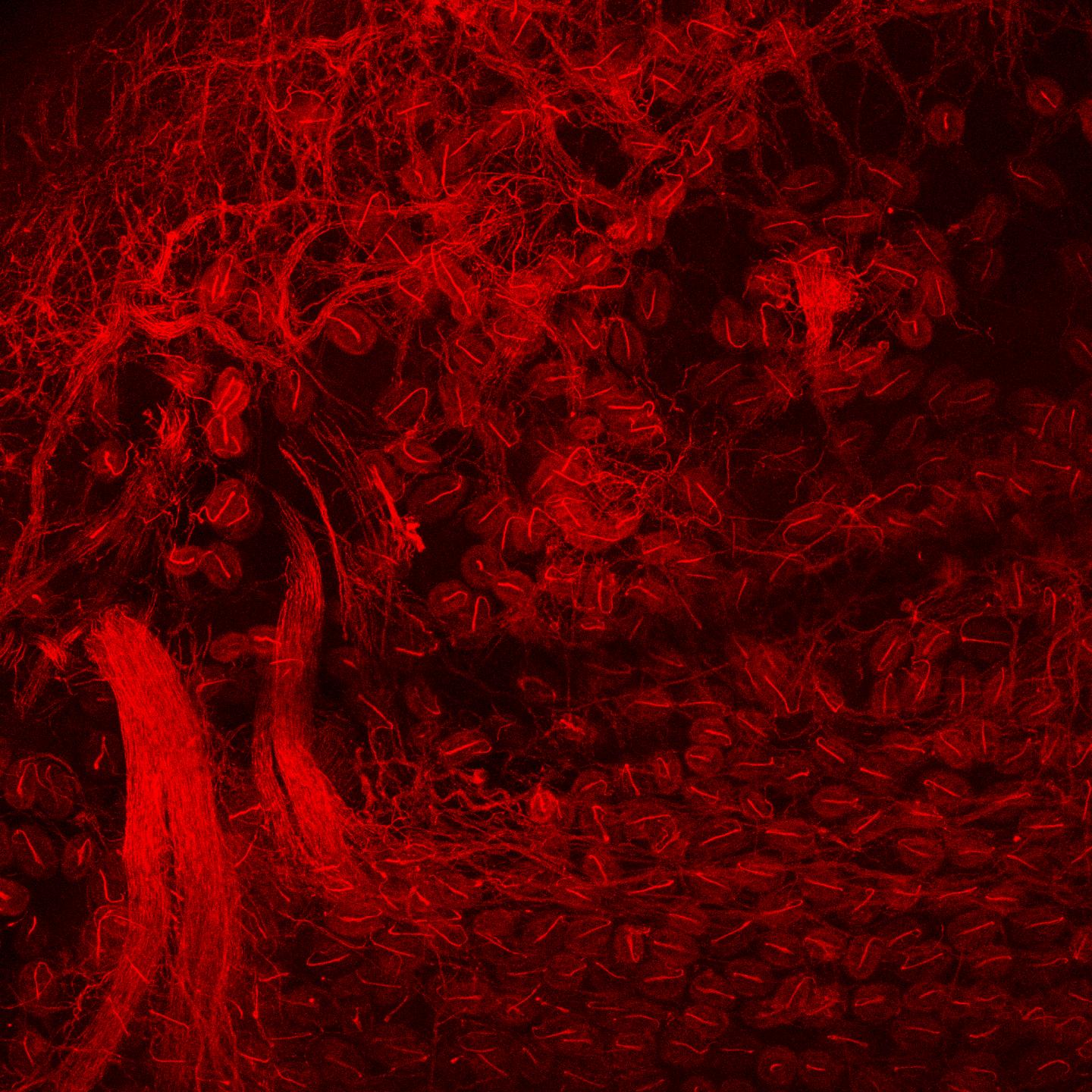 BALTIMORE, MD – If it walks like a duck (or a goose or a swan), it can find food in mud without seeing or smelling it. These waterfowl bills are covered in skin that’s a lot like the sensitive skin on the palms of our hands, and it can feel food in mud and murky water. Slav Bagriantsev, Eve Schneider, and Evan Anderson at Yale University are researching duck skin to learn more about how our sense of touch works.

“We know a lot about how we see, taste, and smell,” Bagriantsev explained, “but we actually don’t know much about how touch works at the molecular level.”

They will present their insights into the mechanics of touch at the 63rd Biophysical Society Annual Meeting, to be held March 2 – 6, 2019 in Baltimore, Maryland.

There is only one molecule, so far, that has been identified as being important for touch in vertebrates like humans, mice, and ducks, called Piezo2. Most of what we know about Piezo2 has come from research in mice, however, a mouse’s skin is mostly covered with hair–unlike the glabrous skin on our palms or lips. Bagriantsev and his colleagues decided to study ducks, whose bills are covered with glabrous skin like ours, which can help them learn about human touch too. Ducks, geese, and swans are unique among waterfowl in that they are picky about the food they eat–they wouldn’t be able to do this without their specialized bills.

They found that the clusters of neurons responsible for sensing touch exist in similar density in ducks’ bills as they do in human and primate palms. When tiny forces, like those that might be generated from a tadpole wiggling in murky water, stretch the neurons in a duck bill, Piezo2 opens and lets ions into the neuron. When enough ions enter, the neuron fires, sending a signal to the brain telling the duck there’s movement nearby. Bagriantsev and colleagues found that duck Piezo2 allows more ions to enter the neuron by staying open longer, compared to mouse Piezo2. This tiny difference probably allows a duck bill to be more sensitive to touch than a mouse’s paw.

“It seems that ducks capitalized on what most vertebrates normally have,” said Bagriantsev.

Piezo2 is probably not the only molecule involved in touch. Mice without Piezo2 have tactile deficits, but are still able to detect touch and navigate the world, so there must be other molecules involved. Bagriantsev and his colleagues hope that ducks’ bills will help them reveal the other players in the sensation of touch.

The Biophysical Society, founded in 1958, is a professional, scientific Society established to encourage development and dissemination of knowledge in biophysics. The Society promotes growth in this expanding field through its annual meeting, monthly journal, and committee and outreach activities. Its 9,000 members are located throughout the U.S. and the world, where they teach and conduct research in colleges, universities, laboratories and government agencies. http://www.biophysics.org.

Investments to address climate change are good for business