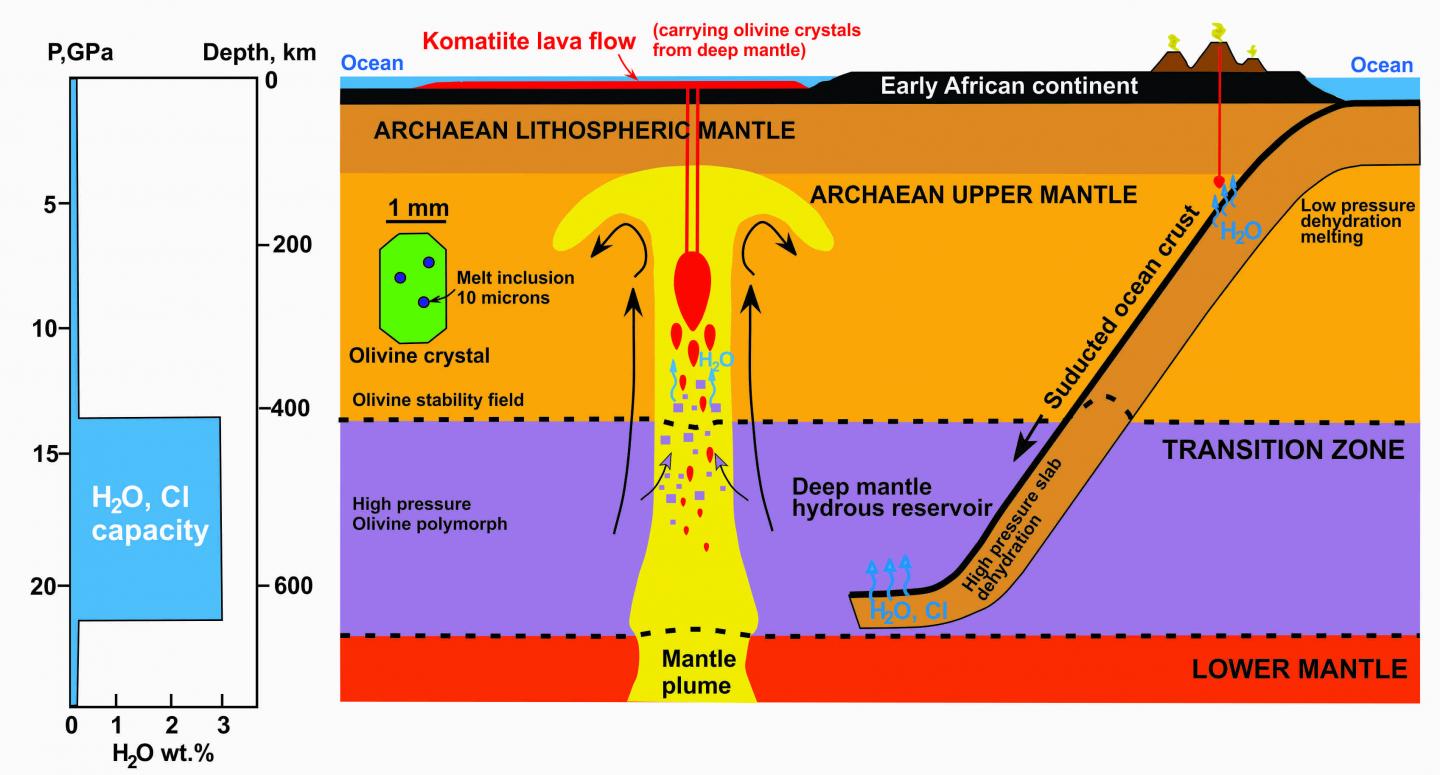 The remains of a microscopic drop of ancient seawater has assisted in rewriting the history of Earth’s evolution when it was used to re-establish the time that plate tectonics started on the planet.

Plate tectonics is Earth’s vital – and unique – continuous recycling process that directly or indirectly controls almost every function of the planet, including atmospheric conditions, mountain building (forming of continents), natural hazards such as volcanoes and earthquakes, formation of mineral deposits and the maintenance of our oceans. It is the process where the large continental plates of the planet continuously move, and the top layers of the Earth (crust) are recycled into the mantle and replaced by new layers through processes such as volcanic activity.

“Plate tectonics constantly recycles the planet’s matter, and without it the planet would look like Mars,” says Professor Allan Wilson from the Wits School of Geosciences, who was part of the research team.

“Our research showing that plate tectonics started 3.3 billion years ago now coincides with the period that life started on Earth. It tells us where the planet came from and how it evolved.”

Earth is the only planet in our solar system that is shaped by plate tectonics and without it the planet would be uninhabitable.

For their research, the team analysed a piece of rock melt, called komatiite – named after the type occurrence in the Komati river near Barberton in Mpumalanga – that are the leftovers from the hottest magma ever produced in the first quarter of Earth’s existence (the Archaean). While most of the komatiites were obscured by later alteration and exposure to the atmosphere, small droplets of the molten rock were preserved in a mineral called olivine. This allowed the team to study a perfectly preserved piece of ancient lava.

“We examined a piece of melt that was 10 microns (0.01mm) in diameter, and analysed its chemical indicators such as H2O content, chlorine and deuterium/hydrogen ratio, and found that Earth’s recycling process started about 600 million years earlier than originally thought,” says Wilson. “We found that seawater was transported deep into the mantle and then re-emerged through volcanic plumes from the core-mantle boundary.”

The research allows insight into the first stages of plate tectonics and the start of stable continental crust.

“What is exciting is that this discovery comes at the 50th anniversary of the discovery of komatiites in the Barberton Mountain Land by Wits Professors, the brothers Morris and Richard Viljoen,” says Wilson.

Why are we dumping fertilizer on wildfires? (video)