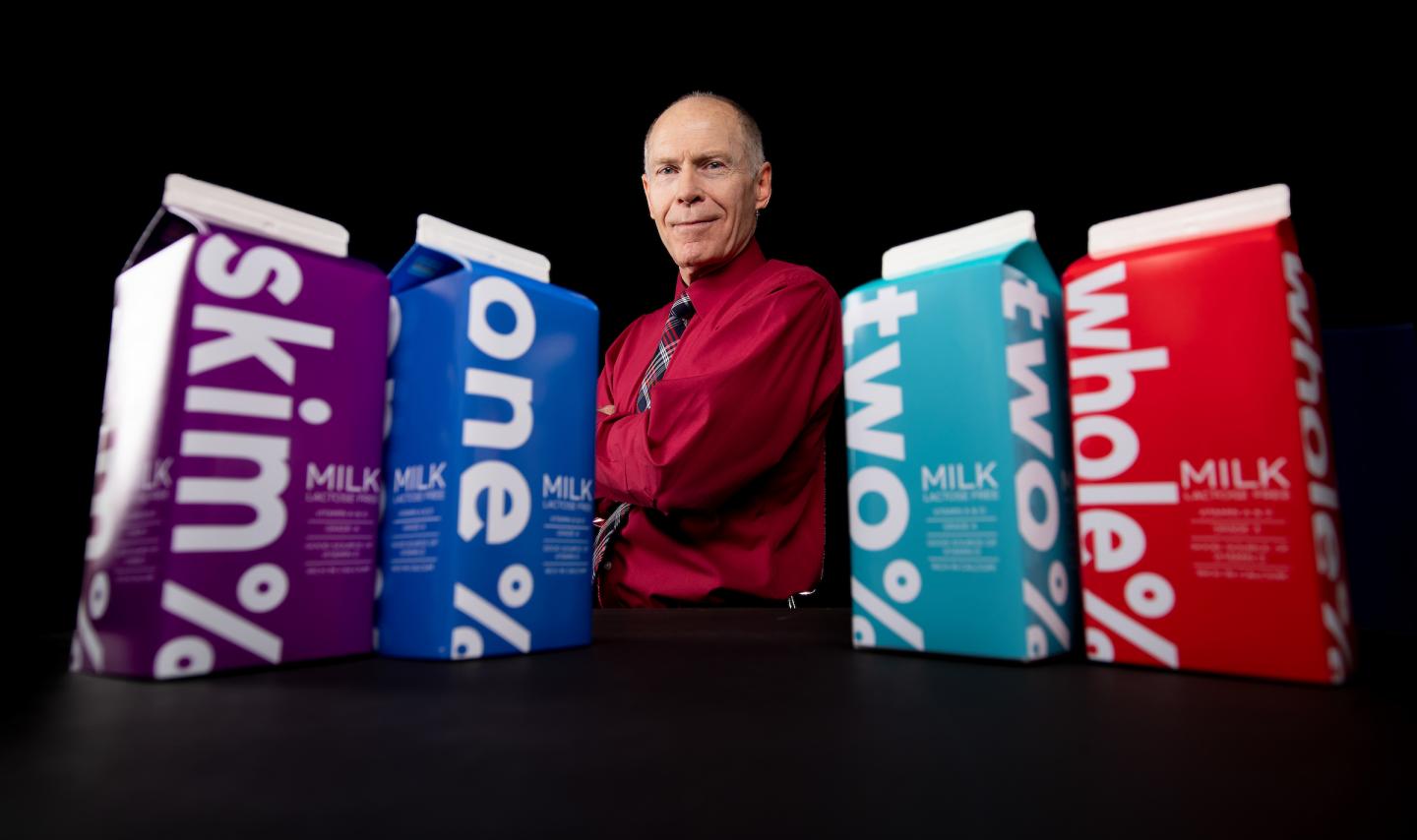 A new study shows drinking low-fat milk — both nonfat and 1% milk — is significantly associated with less aging in adults.

“It was surprising how strong the difference was,” Tucker said. “If you’re going to drink high-fat milk, you should be aware that doing so is predictive of or related to some significant consequences.”

Tucker investigated the relationship between telomere length and both milk intake frequency (daily drinkers vs. weekly drinkers or less) and milk fat content consumed (whole vs. 2% vs. 1% vs. skim). Telomeres are the nucleotide endcaps of human chromosomes. They act like a biological clock and they’re extremely correlated with age; each time a cell replicates, humans lose a tiny bit of the endcaps. Therefore, the older people get, the shorter their telomeres.

And, apparently, the more high-fat milk people drink, the shorter their telomeres are, according to the new BYU study, published in Oxidative Medicine and Cellular Longevity. The study revealed that for every 1% increase in milk fat consumed (drinking 2% vs. 1% milk), telomeres were 69 base pairs shorter in the adults studied, which translated into more than four years in additional biological aging. When Tucker analyzed the extremes of milk drinkers, adults who consumed whole milk had telomeres that were a striking 145 base pairs shorter than non-fat milk drinkers.

“Milk is probably the most controversial food in our country,” Tucker said. “If someone asked me to put together a presentation on the value of drinking milk, I could put together a 1-hour presentation that would knock your socks off. You’d think, ‘Whoa, everybody should be drinking more milk.’ If someone said do the opposite, I could also do that. At the very least, the findings of this study are definitely worth pondering. Maybe there’s something here that requires a little more attention.”

Tucker said the study findings provide support for the current Dietary Guidelines for Americans (2015-2020), which encourage adults to consume low-fat milk, both nonfat and 1% milk, and not high-fat milk, as part of a healthy diet.

“It’s not a bad thing to drink milk,” Tucker said. “You should just be more aware of what type of milk you are drinking.”

New assessment of gas locked in ice in European waters

Two honored for remarkable achievement and outstanding leadership in cardiothoracic…

Do ice cores help to unravel the clouds of climate history?