Some dragonfly and damselfly species suffer from habitat loss and degradation, while many species benefit from improved water quality and warmer climate 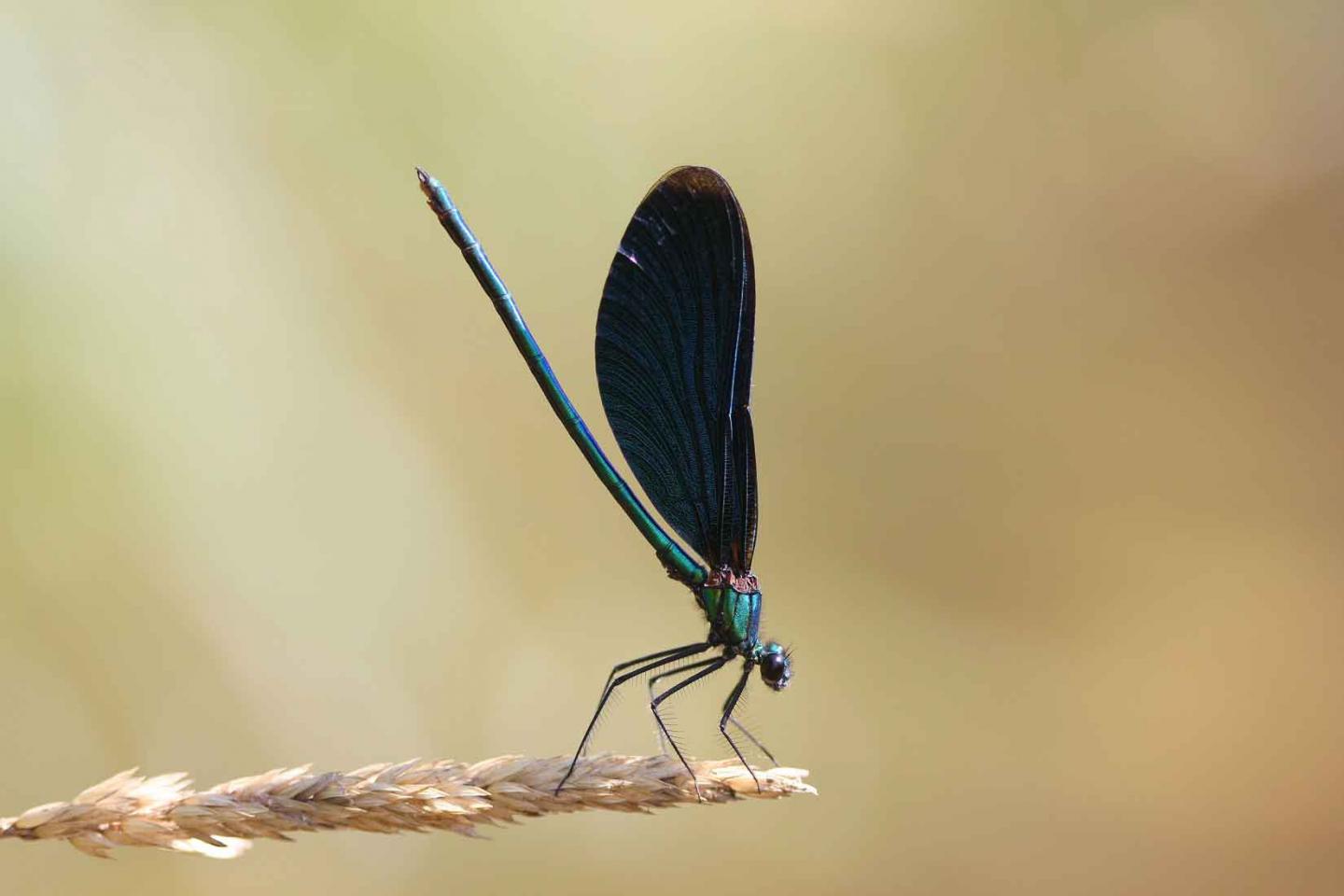 Germany is a hotspot for dragonflies and damselflies (Odonata) species in Europe, owing to the range of habitats and climates that it provides. While many recent and mostly small-scale studies suggest long-term declines of insect populations in different parts of Europe, studies of freshwater insects – including dragonflies and damselflies – suggest that some species have increased in occurrence. Researchers of iDiv, FSU and UFZ have now provided a nationwide analysis of the occurrence and distribution of dragonflies and damselflies in Germany between 1980 and 2016. For this, they analysed over 1 million occurrence records on 77 species from different regional databases, most of which were collected by citizen scientists and collated by the natural history society of German-speaking odonatologists (GdO).

The researchers found both losses and gains, but are concerned about the decline of species using standing water habitats. Decreases were observed in 29% of species, mainly in cold-adapted species that prefer standing water habitats such as bogs and fens. Many of these species are already threatened with extinction. These species rely on small or shallow water bodies, which have been vulnerable to droughts and lower groundwater levels. “These species are suffering a lot from habitat loss and degradation. Here, we are still facing serious conservation challenges,” said first author Dr Diana Bowler from iDiv, FSU and UFZ.

Overall, the analysis suggests that cold-adapted habitat specialists of standing water habitats are likely to be most vulnerable to further environmental change, including climate change.

By contrast, the study results show increases in the occurrence of 45% of all species, in general, warm-adapted species. “Formerly rare species such as Crocothemis erythraea and Erythromma viridulum have become much more common across Germany,” said Diana Bowler. “These species prefer warmer temperatures and so their increase in Germany is most probably an outcome of long-term climate change.”

Among the winners were also running-water species, which signals the conservation success that can be achieved by better environmental management. “The increase of these species reflects a recovery from the impacts of past water pollution and the almost complete destruction of natural floodplains,” said Klaus-Jürgen Conze, chair GdO. In Germany, projects to improve freshwater quality and river restoration were initiated in the 1990s and the EU Water Framework Directive was adopted in 2000.

A large share of the data was collected by citizen scientists and natural history societies, such as the GdO. “Our study highlights the great value of these monitoring efforts for assessing changes in species’ occurrences. We found some signs of accelerating declines in the last decade, which highlights the need to support the efforts of these societies in the future,” said senior author Prof Aletta Bonn from UFZ, FSU and iDiv.

This study was financed inter alia by the Deutsche Forschungsgemeinschaft (DFG; FZT-118) as part of “sMon – Biodiversity Trends in Germany”. sMon is an iDiv synthesis project to bring together exemplary data sets on a variety of taxa and habitats to explore the possibilities for, and limitations of the analysis of changes in biodiversity. Based on this, prospects for future monitoring programmes in Germany are to be determined. sMon brings together government representatives from all federal states, scientists and members of various professional associations.