Dr Salvatore Aricò, formerly of UNESCO, to be appointed as Chief Executive Officer of the International Science Council 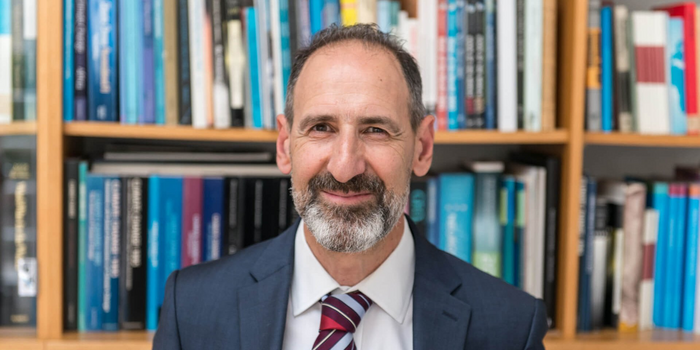 With 30 years of international scientific experience, including as Head of Ocean Science at the Intergovernmental Oceanographic Commission (IOC-UNESCO), Executive Secretary of the United Nations Secretary-General’s Scientific Advisory Board, Senior Visiting Research Fellow at the United Nations University and Chief of Programme at the Convention on Biological Diversity, Salvatore brings a unique set of science, policy and diplomacy skills, perspectives, and relationships that will lead the ISC into the future.

“We know that ISC Members and the broader scientific community will join us in warmly welcoming Salvatore when he takes up his position next year. Salvatore has already worked with many of our Members, Affiliated Bodies, and partners during the last year as Senior Advisor to the President and Chief Executive Officer while on leave from UNESCO,” said Sir Peter Gluckman, ISC President.

“Salvatore’s significant experience as a member of committees in organizations such as the World Climate Research Programme, as an invited expert for the Fifth Assessment Report of the IPCC, and key actor in the negotiations which led to the creation of the Intergovernmental Science-Policy Platform on Biodiversity and Ecosystem Services (IPBES), will stand him in good stead to lead the ISC in advancing science as a global public good and in strengthening the ISC as the global voice of and for science during this next critical phase of the organization’s journey”.

Salvatore completed his Bachelor of Biological Sciences at the University of Palermo, Italy, and holds a PhD in Marine Environment and Resources from Stazione Zoologica “Anton Dohrn” University in Naples. He complemented these studies with a post-doctorate at the Gerard J. Mangone Center for Marine Policy in Delaware, United States.

He has provided expertise to the scoping and implementation of scientific assessments of biodiversity and ecosystem services, climate, ocean, and agricultural science for development. He has contributed to building the scholarly evidence for an agreement on biodiversity in areas beyond jurisdiction and has authored close to 100 publications, including Ocean Sustainability in the 21st Century (Cambridge University Press and UNESCO Publishing, 2015); and articles in peer reviewed journals, such as “The CBD post 2020 biodiversity framework” in People and Nature (2022); Co-designing Science in Africa (UNESCO, 2019); and “New directions in sustainability science: Promoting integration and cooperation” (2014) in Sustainability Science.

Salvatore has been a long-time friend of the ISC and its Affiliated Bodies, as a member of the High-Level Group leading the development of the ISC’s Strategy in the Intergovernmental System, alternate co-Chair of the Governing Council of Future Earth, and UNESCO and IOC focal point for the ISC’s predecessor, the International Council for Science (ICSU).

In his spare time, Salvatore enjoys spending time with his son and partner, and marathon running and wine producing.

“I am very honoured and extremely thrilled at the prospect of working with ISC Members and the Governing Body of the ISC to ensure that science becomes a powerful agent of change towards sustainability, equity and peaceful dialogue and cooperation,” said Salvatore. “The ISC journey will now move to full pace, as the main convenor of knowledge generated through multiple disciplines and across sectors of society as an authoritative interface with policy.”

The ISC Governing Board is most grateful for the hard work of the CEO Search Committee, which included the ISC President Peter Gluckman and four Officers – Anne Husebekk, Salim Abdool Karim, Motoko Kotani and Sawako Shirahase; Julie Maxton and Albert van Jaarsveld representing ISC Members; and Sarah Moore, as a member of the ISC Secretariat.

ISC Science Director, Dr Mathieu Denis, has been Acting CEO since the departure of Heide Hackmann.

“I want to take this opportunity to sincerely thank Mathieu, who has tirelessly steered the ISC over the last year as Acting CEO, and will continue to do so until Salvatore takes up his new position. “We have accomplished important milestones in the last twelve months, elevating the ISC’s position in the multilateral space and strengthening our relationship with ISC Members, to bring together and integrate scientific expertise from all fields of science and all regions of the world in this decisive decade for humanity and the planet. Mathieu will be taking on an exciting soon-to-be-announced new role within the ISC,” said Peter Gluckman.

“I, the Governing Board, and the Secretariat are looking forward to beginning this new phase of the ISC’s work under Salvatore’s leadership,” Gluckman continued.

Dr Aricò will visit the Japan Science Council in early November and the ISC’s Global Knowledge Dialogue at the World Science Forum in Cape Town, 5-9 December 2022.