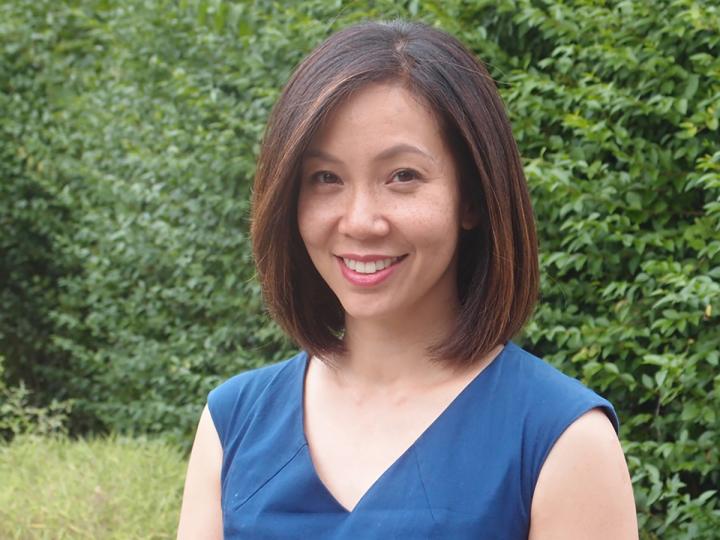 Today, the Dr. Josef Steiner Cancer Foundation, which is comprised of physiologists from the Universities of Bern, Geneva and Zürich and chaired by the member from Bern, is awarding the Dr. Josef Steiner Cancer Research Award 2019 to Prof. Serena Nik-Zainal. The bioinformatician from the Department of Medical Genetics and the MRC cancer unit at the University of Cambridge is receiving the award in recognition of her groundbreaking research in developing new methods in the field of bioinformatics for the clinically-relevant classification of tumors.

It is the first time that the Dr. Josef Steiner Cancer Research Award goes in full to a women scientist. The award, which was donated in the 1980s by Dr. Josef Steiner, a pharmacist from Biel/Bienne, is being staged for the 21st time this year. The renowned research award, which comes with a cash prize of one million Swiss francs (€900,000), is awarded every other year to an excellent project in the field of cancer research. The award winner also receives a personal award amounting to 50,000 Swiss francs.

Every cancerous tumor has many thousands of mutations in its genome. New technologies in reading the human genome, called sequencing, allows scientists today to study all these mutations in a single experiment. Serena Nik-Zainal first developed her expertise in analysis and interpretation of whole cancer genome sequencing, investigating the frequency, distribution and patterns of all the mutations that arise in cancers, called mutational signatures, in a large number of tumors using computational approaches.

Her team has pioneered ways of reading and interpreting whole human cancer genomes, and they have developed algorithms to report abnormalities first, in breast cancer tumors, but now across all tumour-types. It turns out than nearly one in five breast cancer patients has particular gene defects that could make them respond to more specific therapies. With her project, Nik-Zainal plans to introduce these algorithms to clinical practice by establishing user-friendly interfaces for clinicians and scientists, with the ultimate goal of making cancer diagnosis and prognosis easier. Nik-Zainal will use the Dr. Josef Steiner Cancer Research Award to build comprehensive computational infrastructure that will allow more cancer patients to be efficiently examined, using her bioinformatic analysis methods, making it possible to better understand the development of mutations in individual cancer patients and thus facilitate new therapeutic options for the successful treatment of patients.

Stephan Rohr, Co-Director of the Institute for Physiology and president of the foundation’s board, is handing over the Dr. Josef Steiner Cancer Research Award on Friday, October 18, on the occasion of a ceremony at the University of Bern. He had this to say about the winner: “New genetic analysis methods produce a huge flood of data. Interpreting that data without the aid of a suitable algorithms is inconceivable. Serena Nik-Zainal has made groundbreaking progress in the field of cancerous genetic mutations in recent years by developing such algorithms. The award enables her to expand the database and to make the analyses accessible for non-specialists in the future. We’re convinced that her approach will advance cancer research significantly.”

In 1998, Serena completed her studies in Medicine and Veterinary Medicine and Surgery at the University of Cambridge and became a member of the Royal College of Physicians (London) in 2003. She subsequently specialized there in Clinical Genetics. In 2012, she obtained a doctorate in Cancer Genomics at the Wellcome Sanger Institute (UK). She was appointed Career Development Fellow Group Leader in 2014. In 2017, she returned to the University of Cambridge as Cancer Research UK Advanced Clinical Scientist. At the University of Cambridge, she has a double affiliation with the Department of Medical Genetics and the MRC cancer unit. The focus of her research is cancer genomics and rare genetic diseases. Nik-Zainal has won various international awards and prizes.

In its efforts to promote cancer research efficiently and sustainably in the spirit of the founder, each Dr. Josef Steiner Cancer Research Prize is given to an excellent research project of a young investigator in this field. The Swiss Dr. Peter Cerrutti was honored as the first prize winner in 1986. Since then, numerous excellent researchers from Europe, the US and Australia have been awarded the Dr. Josef Steiner Cancer Research Prize. It has been issued every other year since 1998. The winning project is supported for a period of four years with a sum of 1,000,000 Swiss francs. It is the award of a private foundation with the biggest cash prize of its kind in the world and was originally referred to as the “Nobel Prize for Cancer Research”. The winning project is selected following a multi-stage process in which the scientific quality, the originality, the qualification of the project authors and the feasibility of the proposed studies are all taken into consideration.

Dr. Josef Steiner, former owner of “Dr. Steiner’s Pharmacy and Train Station Drugstore” in Biel/Bienne, left behind a huge fortune when he died in 1983. In accordance with his will, this formed the basis of the Dr. Josef Steiner Cancer Foundation. The aim of the foundation is promoting cancer research and honoring highly-deserving scientists in all fields of cancer research.

The board of the Dr. Josef Steiner Cancer Foundation is comprised of a full professors from the Departments of Physiology at the Universities of Bern, Geneva and Zürich. In accordance with Dr. Steiner’s will, the board is chaired by the member from Bern which is currently Prof. Dr. med. Stephan Rohr. http://www.steinerstiftung.unibe.ch

Fifteen years of mosquito data implicate species most likely to…