Doctors and immunologists implement a new approach for melanoma treatment

Blood tests can predict the risk of liver cirrhosis 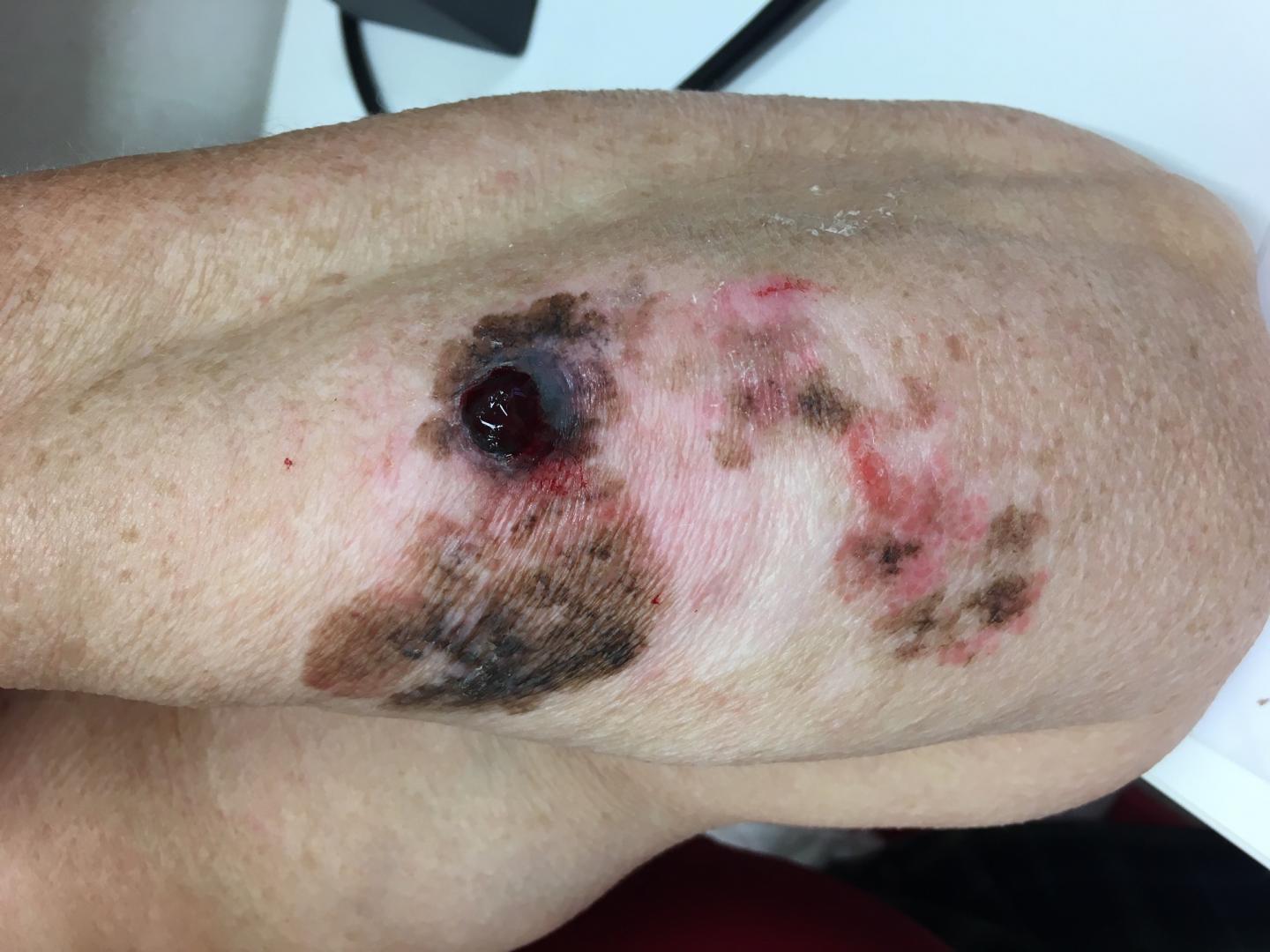 Worldwide, the incidence rates of skin cancer, like other types of cancer, is increasing. People in Europe and the Nordic countries are, compared to other areas of the world, at a higher risk of developing skin cancer due to their predominantly light and sun-sensitive skin type. The number of new cases of cancer in Estonia and Nordic countries has reached the same level as in sunny Australia, New Zealand and Florida. The increasing trend among Estonians to travel to southern counties is also likely to play a role in this.

Of all the types of skin cancer (including e.g. basal cell carcinoma and squamous cell carcinoma), melanoma has the worst prognosis. Melanoma is considered to have the highest metastatic potential, i.e. it spreads most aggressively from its original site in the skin to other parts of the body.

Associate Professor at TalTech Department of Chemistry and Biotechnology, Sirje Rüütel-Boudinot said, “Nowadays, the most advanced, so-called immunomodulatory methods, applied in cancer treatment involve activation or re-activation of immune cells that destroy melanoma cells. In addition, there are methods that block the immune-inhibitory pathways. These are effective but very costly treatments that are unfortunately not available to all patients. These treatments have also serious side effects, which are especially exhausting to elderly patients. Chemotherapy offered so far less expensive alternatives but unfortunately these are difficult for the patient’s organism to tolerate and, what is most important, effective only in a small number of patients”.

To mitigate the severe overall effects of chemotherapy, researchers in cooperation with doctors have developed a new method known as isolated limb infusion (ILI). “This means that patients with melanoma metastases confined to an extremity can be treated, instead of systemic whole-body chemotherapy, by a less invasive chemotherapy targeted at the concrete affected limb i.e. isolated limb infusion (ILI). ILI was introduced in the 1990’s by one of the members of our research group Dr. John F. Thompson in Australia at the Sydney Royal Prince Alfred Hospital,” Associate Professor Rüütel-Boudinot said.

Isolated limb infusion as an anti-cancer chemotherapy is an effective treatment option for in-transit metastatic melanoma. Chief of Centre for Surgical Oncology and General Surgery of the North Estonia Medical Centre, Doctor Jüri Teras said, “The term “in-transit melanoma metastase” is used to denote a type of metastasis in which cancer spreads through a lymph vessel and begins to grow more than 2 cm away from the primary tumor but before it reaches the nearest lymph node. So far, ILI has been seldom used in Europe, but it is already available in major cancer treatment centres in Australia and the USA. The North Estonia Medical Centre is the only centre in the Baltic region where patients are treated with this method.”

The article “First Eastern European Experience of Isolated Limb Infusion for In-Transit Metastatic Melanoma Confined to the Limb: Is it still an Effective Treatment Option in the Modern Era?” describes the ILI procedure as follows: “Special arterial and venous catheters were inserted in the limb affected with melanoma. A heated chemotherapy drug (a combination of 7.5mg/L melphalan and 75ug/L actinomycin-D) was infused into the limb over 5-10 min. via the catheter. The infusate was then circulated manually for 20-25 min. The entire procedure usually took about an hour. Postoperatively, the patients were monitored for three months to assess limb pain and potential limb muscle toxicity and the overall survival rate in the follow-up period of up to 70 months was analysed.”

Doctor Jüri Teras said, “In this study, we analysed the data of 21 patients from Estonia, who underwent treatment with the drug combination of melphalan and actinomycin-D. Drug circulation times were 20-30 min. at 38-39°C. Although all the patients tested, who underwent an ILI treatment, had a poor prognosis (thick primary melanoma, ulceration, high mitotic rate), the overall response rate was 76% and the overall long-term limb salvage rate was 90%.”

“This study demonstrates that the results achieved in ILI treatment in Eastern Europe are comparable to those reported by high-volume centres in the USA and Australia and this method is still an important treatment option in immunotherapy,” Rüütel-Boudinot said.

The findings of the study carried out in cooperation between the research group of the North Estonian Medical Centre Foundation, Australian doctors (from the Sydney Royal Prince Alfred Hospital; the Royal Adelaide Hospital) and TalTech immunologists are summarized in the article “First Eastern European Experience of Isolated Limb Infusion for In-Transit Metastatic Melanoma Confined to the Limb: Is it still an Effective Treatment Option in the Modern Era?” published in a high-impact professional journal European Journal of Surgical Oncology.

Blood tests can predict the risk of liver cirrhosis