Researchers have discovered that insects leave tiny DNA traces on the flowers they visit; the newly developed eDNA method holds a vast potential for various parts of nature management 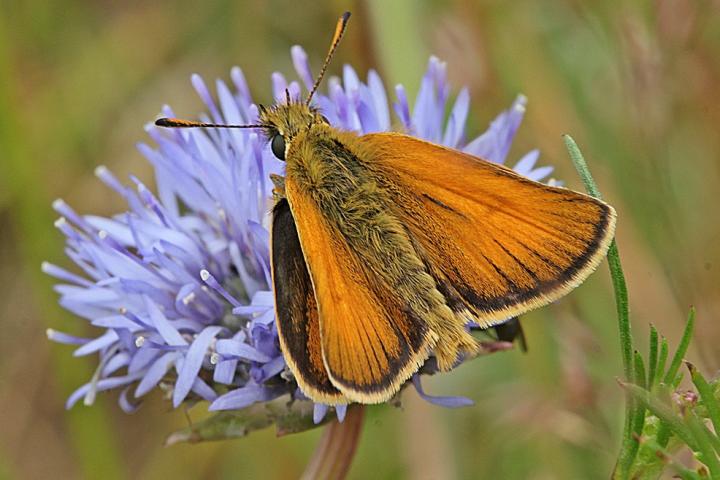 Researchers from Aarhus University, Denmark, have discovered that insects leave tiny DNA traces on the flowers they visit. This newly developed eDNA method holds a vast potential for documenting unknown insect-plant interactions, keeping track of endangered pollinators, such as wild bees and butterflies, as well as in the management of unwanted pest species.

Environmental DNA (eDNA) can provide an overview of the DNA sequences in complex samples such as water and soil, and thereby a snapshot of the species inhabiting the particular ecosystem. In previous analyses of water samples from lakes and oceans, researchers have fx found DNA traces from insects, amphibians, fish and whales.

Flower-rich grassland habitats like meadows are typically visited by hundreds of species of insects such as bees, butterflies, flies and beetles, which collect food from the flowers. However, it can obviously be quite difficult to keep track of which insect species visit which flower.

“I have worked with DNA from water and soil samples for several years and have often thought that DNA is probably much more common in the environment than would initially imagine. With this study we wanted to test if eDNA from flowers can reveal which insects the flowers have interacted with”, says Philip Francis Thomsen, who heads a research group focusing on eDNA.

The researchers were quite surprised by the analyses, which revealed that the flowers have been visited by at least 135 different species of butterflies, moths, bees, flies, beetles, aphids, plant bugs, spiders, etc. The list goes on.

The flowers therefore function as passive DNA collectors that store data about each flower-visiting insect – a discovery that is published today in the prestigious international scientific journal Ecology and Evolution.

Efficient monitoring of our insect fauna

The method opens up completely new possibilities of studying the interactions between specific plants and insects. The knowledge gained can be used within many research areas, including applied research in pest control.

The new method also holds major perspectives in the management of endangered species like wild pollinators, which is an urgent task since many groups of flower-visiting insects are threatened. Thus, the populations of several wild bees and butterflies have decreased significantly in recent decades and many species have now become locally extinct.

“The eDNA method might provide a comprehensive overview of the insects involved in the pollination of various plants. Earlier the focus has almost entirely been on bees, butterflies and hoverflies, but we have found DNA from a wide range of other insects such as moths and beetles that may in fact also be important pollinators” says Philip Francis Thomsen.

The 2008 recession associated with greater decline in mortality in Europe

Scienmag Feb 12, 2019
Credit: Yen Strandqvist Human beings are not the only ones who suffer from stress - even microorganisms can be…