DNA structure itself is involved in genome regulation

DNA supercoiling is an important contributor to the control of gene expression, and not just collateral damage that cells have to solve 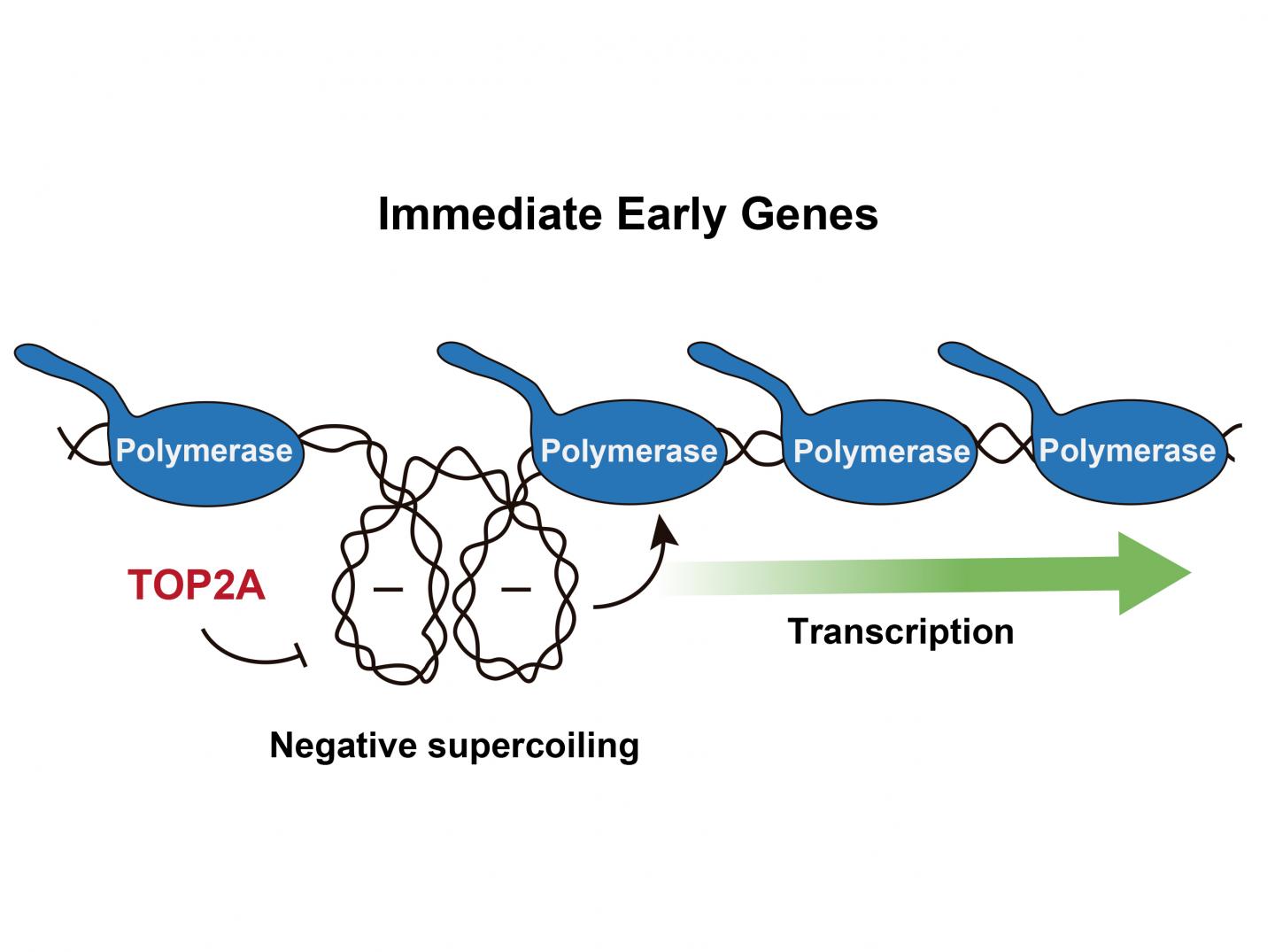 The (when stretched) two-metre-long DNA molecule in each human cell is continuously being unpacked and packed again to enable the expression of genetic information. When genes must be accessed for transcription, the DNA double helix unwinds and the strands separate from each other so that all the elements needed for gene expression can access the relevant DNA region. This process results in the accumulation of DNA supercoiling that needs to be resolved. A study recently published by Felipe Cortés, Head of the Topology and DNA Breaks Group at the Spanish National Cancer Research Centre (CNIO), and the members of his team, in cooperation with Silvia Jimeno González, Professor at the University of Seville and Head of the Transcription and mRNA Processing Group at the Centro Andaluz de Biología Molecular y Medicina Regenerativa (CABIMER), reveals that DNA supercoiling is involved in regulating gene expression rather than just being collateral damage that must be fixed, as was previously believed. The results of the study were published in Cell Reports.

“Our results help us understand that DNA supercoiling is an important contributor to the control of gene expression and not just a problem related to DNA metabolism” says Cortés.

This study reveals that this type of regulation occurs mainly in specific genes that are massively activated (in the order of a hundred-fold) in a few minutes in response to different types of stimuli like cellular stress, cell division signals, hormones or neuronal activation.

TOP2A and the control of immediate early gene expression

Topoisomerases are proteins that relieve DNA topological stress by removing both positive and negative supercoiling, that is, over- and under-winding of DNA strand as compared to its relaxed state.

The authors of the research show that topoisomerase TOP2A relieves negative supercoiling at gene promoters, resulting thus in an increase in the number of twists of the DNA strands in these regions. This is an obstacle to the continuous opening of the helix that prevents the advance RNA polymerase, remaining in a poised state ready to trigger gene expression as soon as needed.

“Topoisomerases are considered to facilitate gene activation, but our study shows that TOP2A acts in promoter regions of genes like c-FOS [whose codified protein is involved in cell proliferation] silencing them and creating a topological context that facilitates rapid activation to respond quickly to stimuli,” says Cortés.

The authors of the study point at the possibility that supercoiled DNA might have other functions, such as facilitating a three-dimensional configuration of the genome that enables the interaction of gene expression regulatory factors.

DNA supercoiling as a mechanism of gene regulation might be particularly relevant for fundamental biological processes that require a considerable rewiring of gene expression programmes, like cell differentiation or reprogramming, or tumour transformation and progression.

“Our work opens a way for the use of topoisomerase inhibitors as modulators in these processes and cell responses, and also even as cancer therapies,” Cortés adds.

The study was funded by the Spanish Ministry of Science and Innovation, the Carlos III Health Institute, the Government of Andalusia, the European Research Council and the Spanish Association Against Cancer.