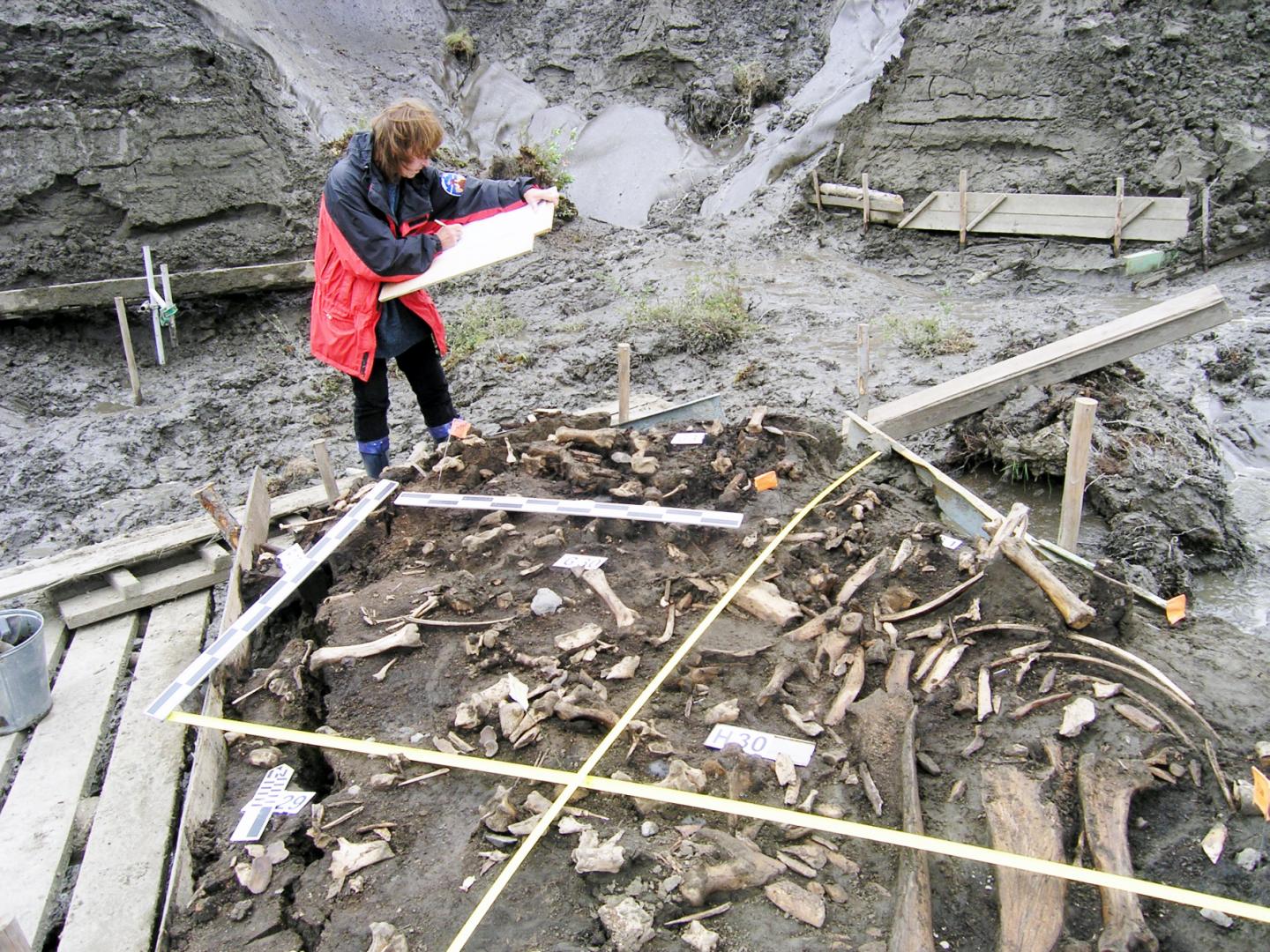 Two children’s milk teeth buried deep in a remote archaeological site in north eastern Siberia have revealed a previously unknown group of people lived there during the last Ice Age.

The finding was part of a wider study which also discovered 10,000 year-old human remains in another site in Siberia are genetically related to Native Americans – the first time such close genetic links have been discovered outside of the US.

The international team of scientists, led by Professor Eske Willerslev who holds positions at St John’s College, University of Cambridge, and is director of The Lundbeck Foundation Centre for GeoGenetics at the University of Copenhagen, have named the new people group the ‘Ancient North Siberians’ and described their existence as ‘a significant part of human history’.

The DNA was recovered from the only human remains discovered from the era – two tiny milk teeth – that were found in a large archaeological site found in Russia near the Yana River. The site, known as Yana Rhinoceros Horn Site (RHS), was found in 2001 and features more than 2,500 artefacts of animal bones and ivory along with stone tools and evidence of human habitation.

The discovery is published today (June 5 2019) as part of a wider study in Nature and shows the Ancient North Siberians endured extreme conditions in the region 31,000 years ago and survived by hunting woolly mammoths, woolly rhinoceroses, and bison.

Professor Willerslev said: “These people were a significant part of human history, they diversified almost at the same time as the ancestors of modern day Asians and Europeans and it’s likely that at one point they occupied large regions of the northern hemisphere.”

Dr Martin Sikora, of The Lundbeck Foundation Centre for GeoGenetics and first author of the study, added: “They adapted to extreme environments very quickly, and were highly mobile. These findings have changed a lot of what we thought we knew about the population history of north eastern Siberia but also what we know about the history of human migration as a whole.”

Researchers estimate that the population numbers at the site would have been around 40 people with a wider population of around 500. Genetic analysis of the milk teeth revealed the two individuals sequenced showed no evidence of inbreeding which was occurring in the declining Neanderthal populations at the time.

The complex population dynamics during this period and genetic comparisons to other people groups, both ancient and recent, are documented as part of the wider study which analysed 34 samples of human genomes found in ancient archaeological sites across northern Siberia and central Russia.

Professor Laurent Excoffier from the University of Bern, Switzerland, said: “Remarkably, the Ancient North Siberians people are more closely related to Europeans than Asians and seem to have migrated all the way from Western Eurasia soon after the divergence between Europeans and Asians.”

Scientists found the Ancient North Siberians generated the mosaic genetic make-up of contemporary people who inhabit a vast area across northern Eurasia and the Americas – providing the ‘missing link’ of understanding the genetics of Native American ancestry.

It is widely accepted that humans first made their way to the Americas from Siberia into Alaska via a land bridge spanning the Bering Strait which was submerged at the end of the last Ice Age. The researchers were able to pinpoint some of these ancestors as Asian people groups who mixed with the Ancient North Siberians.

Professor David Meltzer, Southern Methodist University, Dallas, one of the paper’s authors, explained: “We gained important insight into population isolation and admixture that took place during the depths of the Last Glacial Maximum – the coldest and harshest time of the Ice Age – and ultimately the ancestry of the peoples who would emerge from that time as the ancestors of the indigenous people of the Americas.”

This discovery was based on the DNA analysis of a 10,000 year-old male remains found at a site near the Kolyma River in Siberia. The individual derives his ancestry from a mixture of Ancient North Siberian DNA and East Asian DNA, which is very similar to that found in Native Americans. It is the first time human remains this closely related to the Native American populations have been discovered outside of the US.

Under the sea: our changing oceans