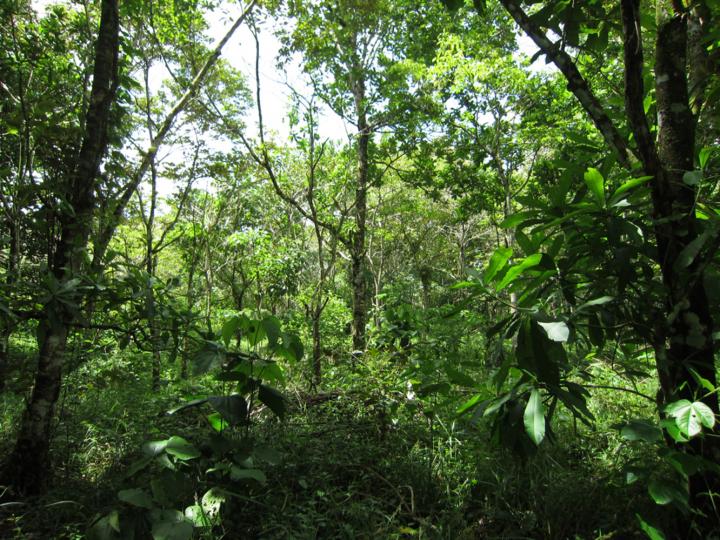 Forests with a large variety of species are more productive and stable under stress than monocultures: scientists from the University of Freiburg have confirmed this with data from the world’s oldest field trial on the diversity of tropical tree species. The team around PhD student Florian Schnabel has published its results in the journal Global Change Biology.

As the researchers state, there is increasing scientific evidence of positive relationships between the diversity of tree species and ecosystem functioning. However most studies on this relationship to date have used either data from forests where the influence of biodiversity cannot be separated from other factors, or from young planted experiments, which do not provide data on longer periods of time. Therefore, the Freiburg research team analyzed data from the Sardinilla experiment which was planted in Panama in 2001. This experiment covers 22 plots planted with one, two, three or five native tree species. Since these grow at different rates, the plots with a greater variety of species also have a greater structural diversity with regard to the height and diameter of the trees. Annual data on the size and height of the trees, which are seen as indicators of the productivity and stability of the ecosystem, come from the period 2006 to 2016.

The study concludes that mixtures of two and three tree species have on average a 25 to 30 per cent higher productivity than monocultures, and those with five species even 50 percent higher. The differences during a severe dry period caused by the tropical climate phenomenon El Niño were especially pronounced. This indicates that forests with a greater diversity of tree species are not only more productive, but also more stable and resilient under drought stress – the researchers believe this is a particularly important finding in view of global climate change. In the context of initiatives that aim to reduce atmospheric CO2 with extensive reforestation, these results indicate that to store the same amount of CO2 in biomass, far less space is needed with mixed-species forests.

According to the team, these results offer new insights into the dynamics of tropical plantation forests and emphasize the importance of analyses that cover a longer development period, since they contribute to a better understanding of the connections between the diversity, productivity and stability of ecosystems. The study is based on Florian Schnabel’s master thesis, for which he will be receiving the Hansjürg-Steinlin prize, a University of Freiburg award for new talent, in October at the start of the 2019/20 academic year. Florian Schnabel is now a PhD student involved in the TreeDì project at the German Centre for Integrative Biodiversity Research (iDiv) in Leipzig.

Smoking during pregnancy increases the risk that your baby will become…