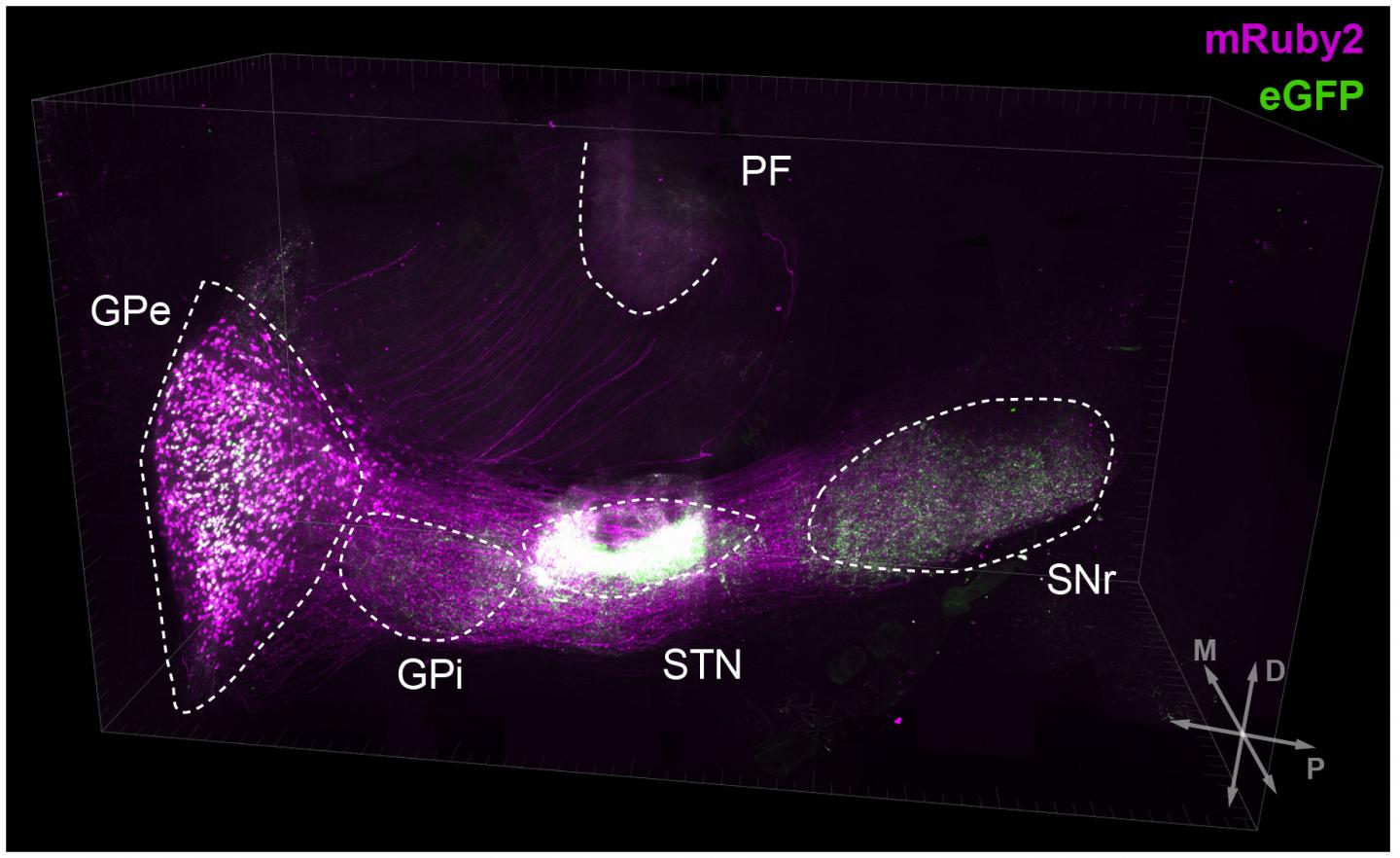 Parkinson’s disease (PD) is well known as a debilitating disease that gradually worsens over time. Although the disease’s progression has been largely tied to the loss of motor functions, non-motor symptoms, including the loss of cognitive abilities, often emerge early in the disease.

Much less understood is the role that specific neural circuits play in these distinct motor and non-motor functions.

A new study led by neurobiologists at the University of California San Diego and their colleagues found that specific, identifiable neural pathways are charged with particular functions during stages of the disease. Their findings, published recently in Nature Neuroscience, can help form the basis for improving therapeutic strategies for precise symptoms of Parkinson’s at various levels of disease progression.

The researchers used a mix of approaches to shed more light on the anatomical and functional importance of a center of brain circuitry known as the basal ganglia, located deep in the cranium. Specifically, the researchers, working in mice, investigated circuit pathways tied to specific neurons in the external globus pallidus, or GPe, and their role in different Parkinson’s disease-related behaviors. The GPe is known for its strong output and influence on several downstream brain regions.

“Our work demonstrates that the distinct neural circuitries in the basal ganglia are differentially involved in the motor and non-motor symptoms of Parkinsonian-like behaviors that occur at different stages of the disease,” said Lim, an associate professor in the Neurobiology Section of the Division of Biological Sciences at UC San Diego. “This suggests that evaluation of the detailed circuit mechanisms is needed to fully understand the changes in brain during the progression of PD, and could provide better therapeutic strategies for the treatment of PD.”

Lim said the most surprising finding from the research was the fact that dopaminergic neurons, those that are gradually lost during Parkinson’s disease progression, could be linked so specifically to changes in different brain areas.

With the new framework in hand, Lim and his colleagues are now looking deeper at the circuit pathways and how they are tied to different disease symptom stages, in particular with an emphasis on delaying the progression of the disease.

“Our findings provide a novel framework for understanding the circuit basis of varying behavioral symptoms of the Parkinsonian state, which could provide better strategies for the treatment of PD,” the researchers write in the paper.