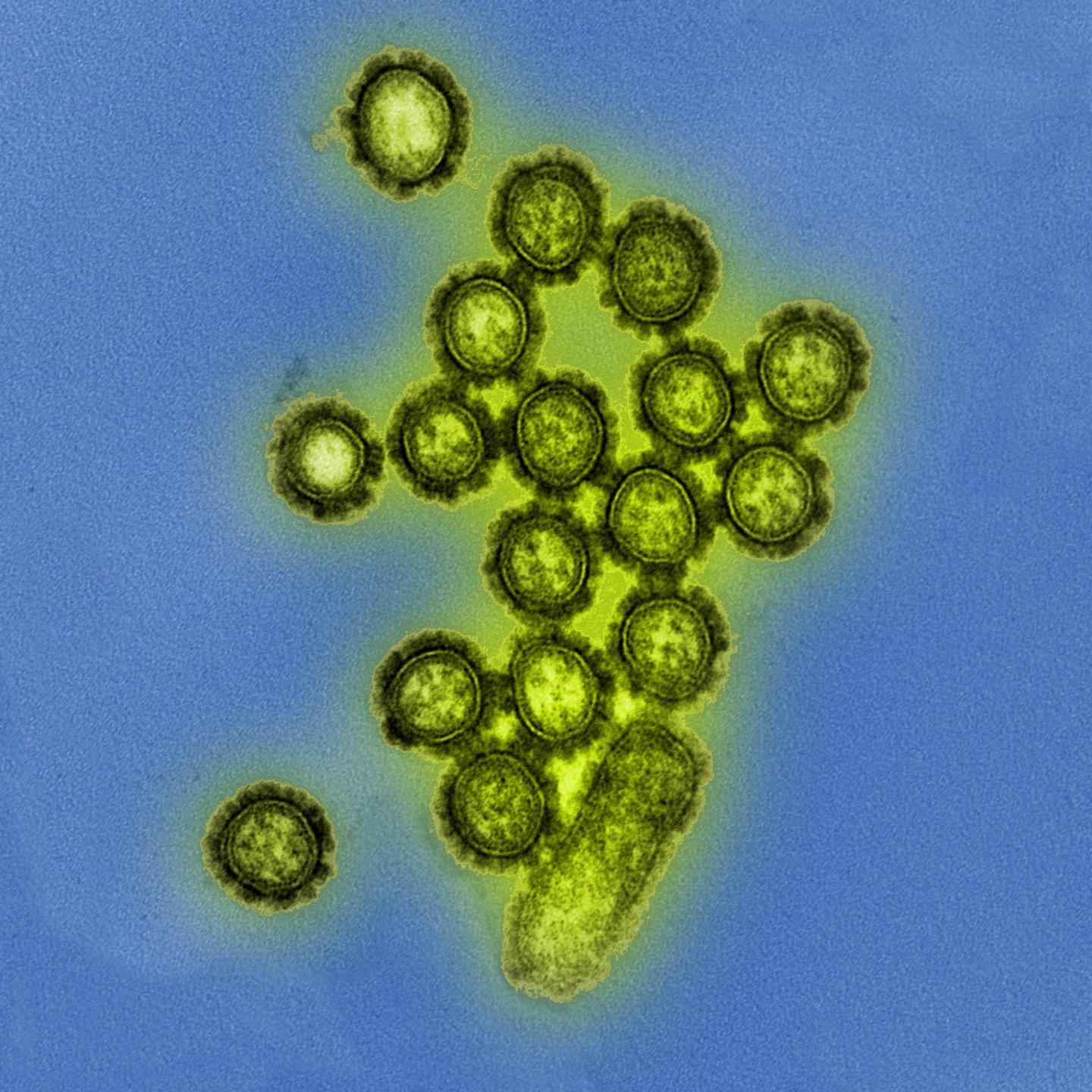 The normal human gut microbiome is a flourishing community of microorganisms, some of which can affect the human immune system. In a new paper published this week in Cell, researchers found that oral antibiotics, which can kill gut microorganisms, can alter the human immune response to seasonal influenza vaccination. The work was led by scientists at Stanford University and funded by the National Institute of Allergy and Infectious Diseases (NIAID), part of the National Institutes of Health.

All study participants received a seasonal influenza vaccine. Half the participants in each group also received a five-day course of a broad-spectrum antibiotic regimen (consisting of neomycin, vancomycin, and metronidazole) by mouth before receiving the vaccine. By analyzing stool and blood serum samples taken at various times up to one year after vaccination, the researchers tracked the participants’ immune response to the influenza vaccines, as well as the diversity and abundance of the organisms in their gut microbiomes.

As expected, most participants who received antibiotics experienced reduced levels of gut bacteria. In addition, among the 2015-2016 participants who had little prior immunity to the seasonal influenza virus vaccine strains, a course of antibiotics hindered their immune responses to one of the three influenza virus strains in the vaccine, an H1N1 A/California-specific virus. This likely indicates that should they be exposed to this H1N1 virus after vaccination, these participants would be less protected against infection with that strain than people who had not received antibiotics, according to the authors. This finding supports earlier research results in mice.

The researchers also found that people who took antibiotics experienced changes to their immune systems that promoted a pro-inflammatory state, similar to a condition seen in older adults who have received influenza vaccines. The investigators believe this pro-inflammatory state is related to the process by which the microbiome regulates the metabolism of bile acid–with fewer microorganisms, this process is disrupted. Humans’ microbiomes change naturally as they age, and the researchers suggest that further research on these pathways could provide insights into why older adults respond differently to influenza vaccination and why they have weaker immune systems overall.

WHO:
Alan Embry, Ph.D., Chief of the Respiratory Diseases Branch in NIAID’s Division of Microbiology and Infectious Diseases, is available to comment on this study.

About the National Institutes of Health (NIH): NIH, the nation’s medical research agency, includes 27 Institutes and Centers and is a component of the U.S. Department of Health and Human Services. NIH is the primary federal agency conducting and supporting basic, clinical, and translational medical research, and is investigating the causes, treatments, and cures for both common and rare diseases. For more information about NIH and its programs, visit http://www.nih.gov/.

Does obesity increase risk of being a bullying victim, perpetrator, or both?