Earlier this month, Mississippi became the 37th state to legalize medical marijuana, while 27 states have already decriminalized cannabis use for personal consumption. 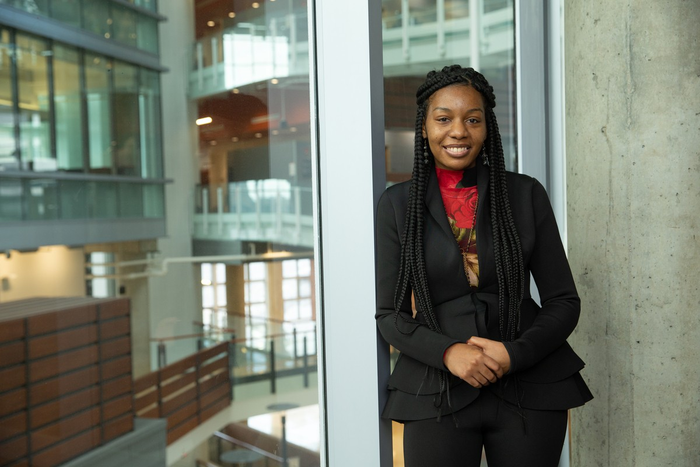 Earlier this month, Mississippi became the 37th state to legalize medical marijuana, while 27 states have already decriminalized cannabis use for personal consumption.

As more states legalize cannabis use, research into its usage and effects has lagged behind, specifically among different racial and ethnic groups, according to LaTrice Montgomery, PhD, research associate professor in the Addiction Sciences Division of the Department of Psychiatry and Behavioral Neuroscience in the University of Cincinnati College of Medicine.

One focus of Montgomery’s research is cannabis addiction, also known as cannabis use disorder (CUD).

What is cannabis use disorder?

Montgomery said many partakers and advocates of marijuana contend that cannabis addiction is not possible, but research suggests that it is. She noted that CUD is listed in the industry standard handbook in the substance abuse section along with other stimulants like alcohol and cocaine.

“They all follow the same criteria, it just varies based on the specific drug that you’re referring to,” Montgomery said. “You spend most or all of your time in getting the drug or using the drug, and that again can be for cannabis, cocaine, whatever the drug might be. There are also other symptoms of CUD, such as craving cannabis and experiencing withdrawal when discontinuing cannabis.”

The frequency of cannabis use and the age of initiation are also factors to consider, as research shows people who start using cannabis younger are more likely to experience issues in the long run, such as CUD. However, Montgomery clarified that not everyone who uses cannabis frequently has CUD, as differences in other individual behaviors, such as other substance use, should be taken into account.

“It’s not just that a person is using cannabis frequently, because that fact alone is not enough to meet criteria for a cannabis use disorder,” she said. “We really are looking for patterns. We are looking to see if you meet two or more of 11 criteria within a 12-month period. There are also levels of CUD, including mild, moderate and severe, based on the number of criteria that are displayed.”

One difficulty in advancing research on cannabis and CUD has been a lack of a standard unit of cannabis, as it can be consumed in many different ways (e.g., edibles, concentrates/dabs, cigarettes). Montgomery noted it is clear what constitutes one “drink” of alcohol, with recommendations and guidelines built around the standard, but that is currently not the case for cannabis. However, the National Institute on Drug Abuse and other health institutes recently directed its researchers to use a standard unit of 5 milligrams of THC for measuring and reporting purposes in clinical research.

As the general public’s opinion and the legal status of cannabis has shifted over the years, Montgomery said previous ideas of a “just say no” approach to cannabis use is not helpful when treating CUD. Instead, a more personalized approach appears to be more effective.

There are no currently approved medications that have been shown to treat CUD, so treatment largely focuses on evidence-based behavioral treatments, such as cognitive behavioral therapy (CBT) and motivational interviewing.

In CBT, patients talk with their therapists to try to understand the connection between thoughts, feelings and actions and how that connection leads to addiction.

Montgomery said motivational interviewing is a similar technique that is designed to strengthen personal motivation for setting and reaching goals, such as reducing or quitting cannabis. The underlying reasons for cannabis use are explored and used as a basis for eliciting thoughts and behaviors in favor of behavior change.

Motivational strategies are tailored to a person’s readiness to change, which ranges from not being ready to change to maintaining change behaviors.

The state of research

When reviewing the research, Montgomery said she found that the majority of studies compare cannabis use outcomes from racial and ethnic groups to that of white populations and does not dig into specific factors that can affect usage among each individual group. This has left gaps in the field that require additional study, especially among Hawaiians and Pacific Islanders, about whom there is very little published research.

More detailed research beyond basic usage rates in each group is important to give context and help create effective prevention messages, interventions and policies for those who need help, Montgomery said.

For example, research often shows that rates of cannabis usage are higher among African American individuals relative to their white counterparts but does not take into account that the tobacco industry has targeted and to an extent encouraged cannabis usage in this population for decades.

Montgomery noted that some cigar and cigarillo products sold at convenience stores are already perforated so that users can remove the tobacco and replace it with cannabis, making cannabis use easier and more accessible. Research has shown that these products are heavily marketed and often cheaper or discounted in predominantly Black communities, Montgomery said.

Cannabis use can also be used as a way for minority groups to deal with the stress that comes from discrimination or mistreatment in society, Montgomery said.

“We miss important nuances” if using a simple comparison of one group to another, she said. “That’s really kind of what I wanted to get across in this particular article, but also in my research, that we’re really trying to dig deeper.”

Interventions and next steps

As she and others in the field continue to expand the research, Montgomery is also working to make cannabis use interventions accessible for people with CUD. She has found when working with African American young adults, for example, messaging specifically about the use of “blunts,” or a cigar that has been hollowed out and filled with cannabis, can be more effective than talking about marijuana use in general.

“It doesn’t mean they’ll go and quit tomorrow,” Montgomery said. “But I think that’s why we need to get specific so that we can really get at what resonates with people and not doing this broad message of, ‘Cannabis is bad and you shouldn’t do it.’ Because that message is just not resonating with people.”

“Everything that is in there is based on interviews I conducted with young people about why people are using blunts,” she said. “Using that, I could figure out what kind of tweets and messages and what might be helpful in this private, self-help group where people are talking to each other about wanting to reduce their blunt use or quit altogether, depending on their goal.”

Through interviewing people, Montgomery has found that offering alternative ways to manage stress, using humor and talking about how cannabis use affects friends and family around you can be more effective messages.

She also found that young people tend to think they’re invincible and are not phased when told of health issues that can be linked to cannabis use, but may be more likely to respond to messages about how a random drug test at work could cost them their job.

Montgomery explains that people are naturally communicating on social media. She wants to take advantage of that, understand what the trends are and find ways to leverage social media to reduce cannabis use and create effective messaging.