URBANA, Ill. – New research from the University of Illinois suggests high levels of dietary cholesterol make mice sicker when infected with influenza. The study is the first to link cholesterol in the diet with exacerbation of a viral infection. 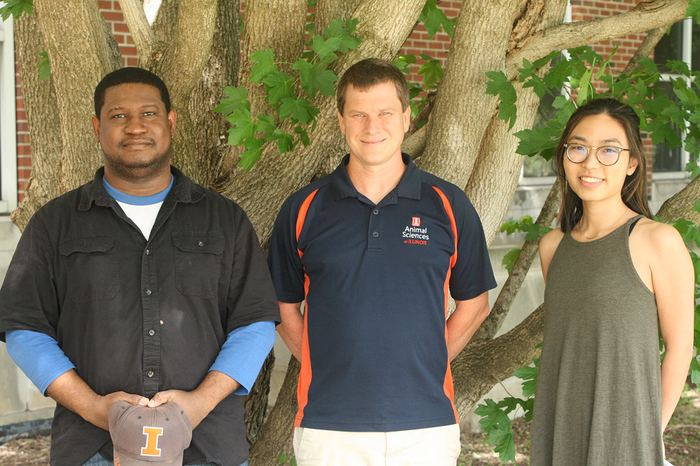 URBANA, Ill. – New research from the University of Illinois suggests high levels of dietary cholesterol make mice sicker when infected with influenza. The study is the first to link cholesterol in the diet with exacerbation of a viral infection.

Previously, scientists linked high-fat diets and elevated blood cholesterol with increased susceptibility to infection and lowered immune response. For example, obesity is a well-known risk factor for severe disease in COVID and influenza. But few studies have separated out the contribution of cholesterol in these infections, and none have delineated the effect of dietary cholesterol.

“We knew high serum cholesterol levels can lead to higher risk of sepsis in influenza infections and that statins – cholesterol-lowering medications – can improve survival during influenza pneumonia, SARS-CoV-2 infection, and sepsis. But it wasn’t clear whether or how dietary cholesterol was involved,” says Allison Louie, lead author on the Journal of Immunology study and doctoral student in the Neuroscience Program at Illinois.

Cholesterol is essential in the body. It’s part of our cell membranes, helps us make hormones and vitamin D, and allows for proper immune cell function. Our bodies manufacture it for us, requiring little to come in through dietary sources. In fact, for healthy people, dietary cholesterol does not substantially affect circulating cholesterol levels nor increase risk of cardiovascular disease. That’s part of the reason limits on cholesterol intake were lifted from the Dietary Guidelines for Americans in 2015.

But when it comes to infectious disease in mice, Louie’s study suggests dietary cholesterol may make a difference, even without increasing dietary fat.

Louie, along with co-authors Andrew Steelman and Joseph Tingling, fed mice a standard rodent chow or an identical diet supplemented with 2% cholesterol. After five weeks on the diets, mice were infected with a mouse-adapted human influenza A virus. The research team tracked disease progression, including weight loss, food intake, and sickness behavior. They also tracked serum cholesterol levels and immune responses and measured viral load in the lungs at multiple time points over the course of the infection.

Because viruses also require cholesterol for cell entry and replication, there was a chance the high-cholesterol diet would boost viral load in the lungs. But that’s not what the researchers found.

“Our plaque assay did not show a significant difference in viral load in the lungs of the two groups of mice,” says Tingling, a postdoctoral researcher in the Department of Animal Sciences at Illinois. “It’s very important to consider not just the infectious agent, but the host immune system.”

Speaking of the host, the researchers determined mice fed a high-cholesterol diet were sicker because their immune systems went awry. Fat can have an immunosuppressive effect, which is detrimental during the course of an infection. But an underactive immune system is not what the researchers observed in the cholesterol-fed mice. Instead, cholesterol increased the number of cytokine-producing immune cells in the lungs.

“A so-called cytokine storm during severe disease results in excessive inflammation that can be damaging to the host. Along those lines, we found that more cytokine-producing cells had infiltrated the lungs of the mice fed cholesterol, which may have contributed to them being sicker,” Louie says. “It’s a double-edged sword. You want to be able to mount an effective immune response, but excessive inflammation is detrimental.”

“We were thinking this dietary component is a highly modifiable factor. Perhaps it would only have a transient effect. But ultimately we found that five additional weeks on a normal diet was not enough time to fully reverse the detrimental effects of cholesterol,” Louie says.

Surprisingly, inflammatory changes in the lungs were detectable in the high-cholesterol mice even before they were infected with influenza.

“Some of the changes in the lungs’ immune function were already present before infection. It would be interesting to see exactly how dietary cholesterol increased inflammation prior to infection,” says corresponding author Steelman, associate professor in the Department of Animal Sciences, the Neuroscience Program, and the Division of Nutritional Sciences at Illinois.

“Nevertheless, our data collectively show that dietary cholesterol increased morbidity in influenza-infected mice. The response appeared to be a result of an aberrant immune response occurring in the lungs rather than an effect of the virus itself. These results demonstrate the need to consider how host factors contribute to disease outcome.”

The article, “Dietary cholesterol causes inflammatory imbalance and exacerbates morbidity in mice infected with influenza A virus,” was selected by the editors of The Journal of Immunology as a Top Read for the June 2022 issue [DOI: 10.4049/jimmunol.2100927]. Authors include Allison Louie, Joseph Tingling, Evan Dray, Jamal Hussain, Daniel McKim, Kelly Swanson, and Andrew Steelman. The research was supported by USDA NIFA Hatch funds, a National Multiple Sclerosis Society grant, and a Margin of Excellence Award from the Division of Nutritional Sciences at Illinois.

The Department of Animal Sciences and the Division of Nutritional Sciences are in the College of Agricultural, Consumer and Environmental Sciences at the University of Illinois Urbana-Champaign.

The Journal of Immunology