Diagramming the brain with colorful connections 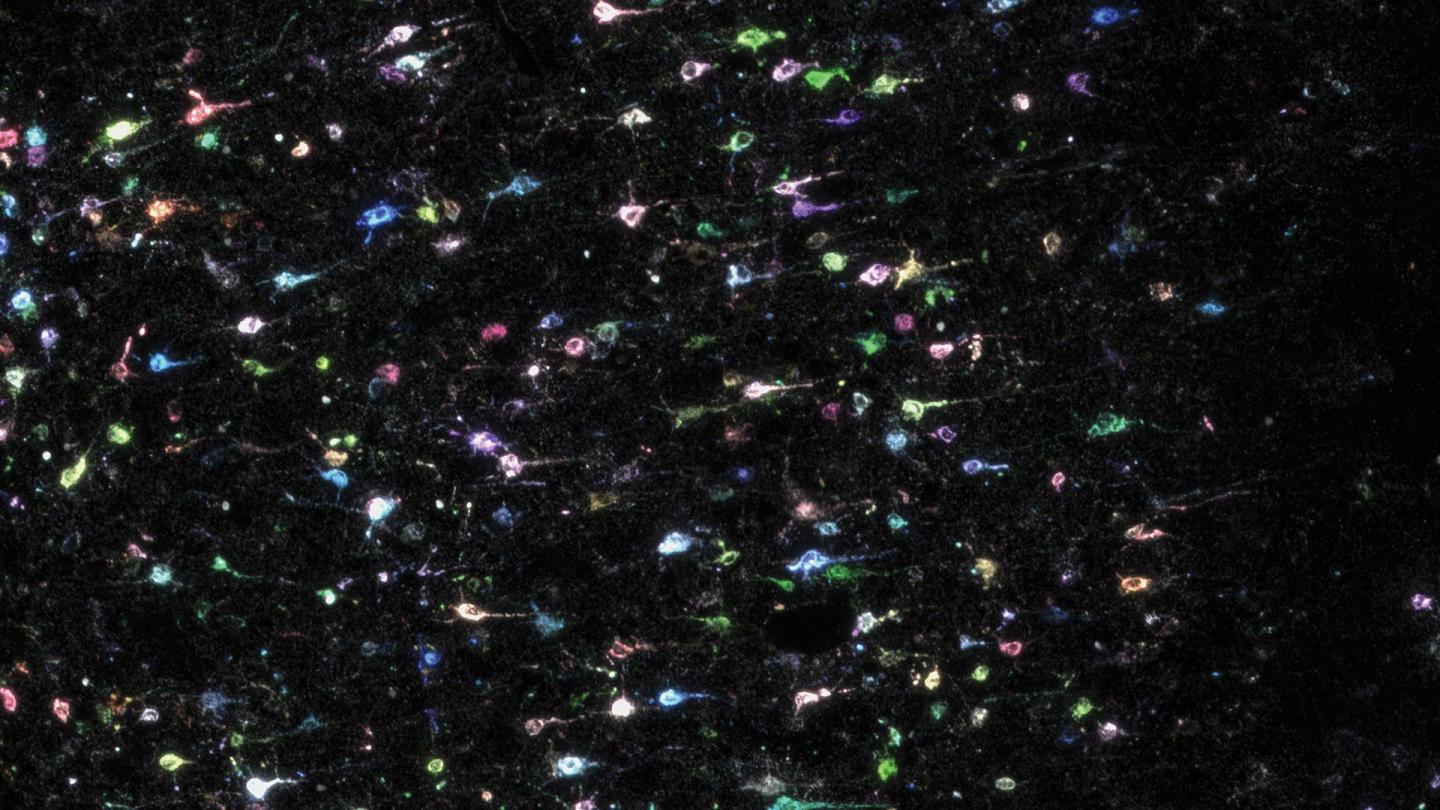 Many brain mapping tools allow neuroscientists to examine a handful of individual neurons at a time, for example by injecting them with dye. Chen, a postdoc in Zador’s lab, explains how their tool, BARseq, is different:

“The idea here is that instead of labeling each neuron with a fluorescent dye, we fill it up with a unique RNA sequence, and we call this an RNA barcode. You can sequence the barcode to read out where that neuron sends its projection. You can label like tens of thousands of neurons, all at the same time, and you can still distinguish which axon comes from which neuron.”

The latest generation of this tool, called BARseq2, adds a step to analyze a couple dozen natural neural genes through sequencing chemistry similar to what is used to light up artificial RNA barcodes. Chen says:

“These differences in gene expression usually reflect something that these neurons are doing. For example, if a neuron expresses certain receptors, you will be able to respond to whatever those receptors receive. So compared to anyone that doesn’t have those receptors, they will respond differently to certain signals.”

BARseq2 brings brain structure and function together. Sun, a former research technician in Zador’s lab and now a New York University graduate student, compares the brain to a car. To truly understand how a car works, “you look at all aspects, from the physical and electrical properties to the way each piece links together. Similarly, to understand how the brain works, you have to look at all the different aspects of each neuron, including each neuron’s location in the brain, gene expression, and connection to other neurons.”

This project is part of a multi-institutional effort, the NIH-funded BRAIN Initiative Cell Census Network, to compile an atlas of every cell in human, mouse, and non-human primate brains. This work will allow scientists to tease apart how we produce complex behaviors and give researchers new tools to treat brain diseases.