Zooming in on a single disease and studying it intensely is often the most productive route to finding treatments. But there’s no easy way to distinguish among people living with any of the primary tauopathies — a group of rare brain diseases marked by rapidly worsening problems with thinking and movement — because the symptoms are too similar. As a result, most studies on primary tauopathies have included a mix of such diseases, even though researchers know that the diseases differ in important ways and probably require different treatments. 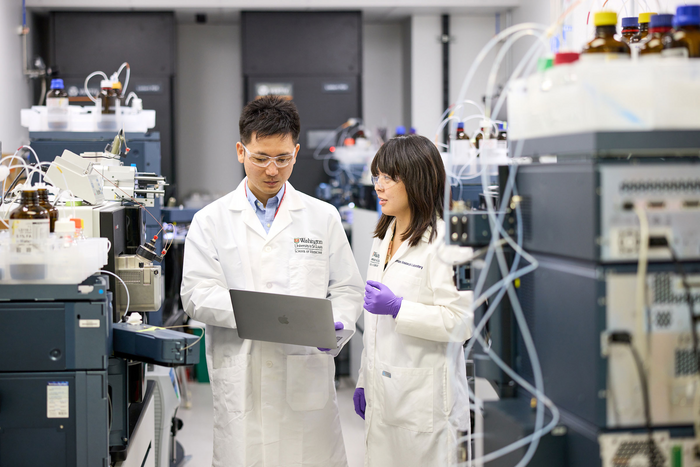 Zooming in on a single disease and studying it intensely is often the most productive route to finding treatments. But there’s no easy way to distinguish among people living with any of the primary tauopathies — a group of rare brain diseases marked by rapidly worsening problems with thinking and movement — because the symptoms are too similar. As a result, most studies on primary tauopathies have included a mix of such diseases, even though researchers know that the diseases differ in important ways and probably require different treatments.

Now, however, researchers at Washington University School of Medicine in St. Louis have found a biomarker that identifies, with up to 89% accuracy, people with a primary tauopathy called corticobasal degeneration (CBD). Traditional diagnostic methods for CBD are only 25% to 50% accurate, the researchers said.

The biomarker could be developed into a tool to screen potential volunteers for CBD-specific research studies and clinical trials and, eventually, to identify people who could benefit from CBD-specific treatments, the scientists said.

The study is published Nov. 24 in Nature Medicine.

“Before, the only way to find out which primary tauopathy a person had was to wait until they died and then examine the person’s brain under a microscope,” said co-senior author Chihiro Sato, PhD, an assistant professor of neurology. “A patient comes in with stiffness, balance problems, slurred speech and memory issues, and it could be CBD, but it also could be progressive supranuclear palsy (PSP) or Alzheimer’s or other diseases. This biomarker can reliably identify people with CBD, which means we can use it to enroll people in clinical trials. And, down the road, it may be key to initiating therapies.”

CBD is one of about two dozen brain diseases that are considered tauopathies because they share one critical feature: toxic tau aggregates in the brain. Individual tauopathies involve different subtypes of tau and exhibit different patterns of damage to brain cells and tissues. The collections of symptoms of the various tauopathies overlap, making it difficult for doctors to tell one from another. This complicates efforts to study them and find treatments.

In 2020, Kanta Horie, PhD, a research associate professor of neurology and the first author on the current paper, developed a highly sensitive technique to detect specific fragments of tau in the cerebrospinal fluid that surrounds the brain and spinal cord. Horie and colleagues used the technique to identify a novel form of tau in Alzheimer’s patients, and showed that the level of the novel tau in the cerebrospinal fluid indicates the stage of the disease, and tracks with the amount of tau tangles in the brain.

As part of this study, Horie, Sato and colleagues — including co-senior author Randall J. Bateman, MD, the Charles F. and Joanne Knight Distinguished Professor of Neurology — used the technique to search for distinctive forms of tau linked to primary tauopathies. To ensure that the study subjects were classified accurately, Horie, Sato and Bateman collaborated with co-authors Adam Boxer, MD, PhD, Salvatore Spina, MD, PhD, and Lawren VandeVrede, MD, PhD, all in the Department of Neurology at the University of California, San Francisco. The team examined brain tissues and cerebrospinal fluid from people who had died with dementia and movement disorders, and whose specific diseases had been confirmed at autopsy. The study population included people with one of five primary tauopathies — CBD; PSP; frontotemporal lobar degeneration with microtubule association protein tau mutations (FTLD-MAPT); agyrophilic grain disease; and Pick’s disease — as well as Alzheimer’s, and dementia not related to tau. For comparison, they also examined samples from people without dementia.

Two particular forms of tau — microtubule binding region (MTBR)-tau 275 and MTBR-tau 282 — were unusually high in the brains and low in the cerebrospinal fluid of patients with CBD and a subset of FTLD-MAPT. Further investigation showed that these forms of tau distinguish people with CBD from those with other primary tauopathies with 84% to 89% accuracy, depending on the disease.

“Even if there’s an experimental drug available that specifically targets the kind of tau in CBD, it is very challenging to test it without a biomarker,” Horie said. “The trial might fail even when the drug works if the population is heterogenous. Drug trials that specifically target the kind of tau in CBD can be improved by enrolling correctly diagnosed patients. Having a biomarker opens up a pathway for pharmaceutical companies to improve clinical trials and accelerate research toward therapies for CBD.”

Several experimental drugs targeting tau are in the pipeline. Most were designed with Alzheimer’s patients in mind, but they may be effective as therapies for primary tauopathies. Horie’s technique could be used to find biomarkers for other primary tauopathies, opening the door to more clinical trials, the researchers said.

“CBD patients and families are desperate for effective therapies, but it has been challenging to organize clinical trials for this fatal disease,” Boxer said. “Until now, we did not have a specific biomarker to accurately diagnose patients. This new biomarker also opens the door to testing many new tau-directed therapies for CBD, because it may allow us to directly measure the ability of these treatments to lower toxic tau protein levels in patients’ brains.”

K.H. is an Eisai-sponsored voluntary research associate professor at Washington University and has received salary from Eisai. Washington University and R.J.B. have equity ownership interest in C2N Diagnostics and R.J.B. receives income from C2N Diagnostics for serving on the scientific advisory board. R.J.B., N.R.B., K.H. and C.S. may receive income based on technology (METHODS TO DETECT MTBR TAU ISOFORMS AND USE THEREOF) licensed by Washington University to C2N Diagnostics. R.J.B. has received honoraria as a speaker, consultant, or advisory board member from Amgen and Roche. A.L.B. has served as a consultant for Alector, Arkuda, Arvinas, AZTherapeutics, Boehringer Ingelheim, Denali, GSK, Humana, Oligomerix, Oscotec, Roche, Third Rock, Transposon, TrueBinding and Wave. S.S. has received consultation fees from Techspert.io, Acsel Health and Precision Xtract. N.G. has participated or is currently participating in clinical trials of anti-dementia drugs sponsored by the following companies: Bristol Myers Squibb, Eli Lilly/Avid Radiopharmaceuticals, Janssen Immunotherapy, Novartis, Pfizer, Wyeth, Roche. L.V. has served as a consultant for Retrotope. W.W.S. received consulting fees from Guidepoint Global, Inc., GLG Council, and BridgeBio.