CHAMPAIGN, Ill. — Diagnoses of suicidal ideation soared by more than 700% among Black women in the year before childbirth, researchers found in a 10-year study of depression and suicidality in pregnant women. 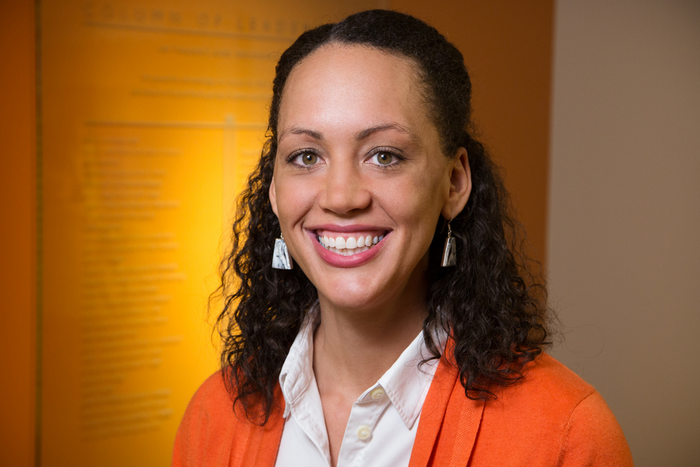 CHAMPAIGN, Ill. — Diagnoses of suicidal ideation soared by more than 700% among Black women in the year before childbirth, researchers found in a 10-year study of depression and suicidality in pregnant women.

Yet, diagnoses of depression increased by just 66% among Black women in the study population during that period – a troubling discrepancy that suggests many women may be going undiagnosed and untreated until their mental health becomes a crisis, said Karen M. Tabb Dina, a professor of social work at the University of Illinois Urbana-Champaign.

“These findings suggest that care for many Black women with antenatal depression – depression that occurs during pregnancy – may be delayed until the condition escalates into a life-threatening emergency,” said Dina, the study’s first author. “Early diagnosis of depression in pregnant women is a critical, necessary step in the mental health-treatment pathway that enables patients to access medication and/or psychotherapy. Now that we have these data on diagnoses, we can start to understand other aspects of that pathway.”

The study included more than 536,600 women who were continuously enrolled in a commercial health insurance plan in the U.S. for one year prior to childbirth from 2008-2018.

Past studies showed that Black and Asian American women experienced higher rates of depressive symptoms but were less likely to be diagnosed. Prior research looked at the prevalence of maternal depression at a single point in time, while the current study is based on a decade of data and shows a rising trend, Dina said.

Published in the Journal of Affective Disorders, the study is one of a few projects to document diagnosis rates for depression in a diverse sample of pregnant women. About 64% of the sample was white, 14% Hispanic, 9% Black, 8% Asian American and 5% were of unknown races.

Participants were identified by the International Classification of Disease diagnosis codes for depression and suicidal ideation used in either inpatient or outpatient claims among pregnant women and girls ages 15-44.

In the overall study population, the rate of depression increased by 39% and suicidal ideation by 193% during the decade studied. Depression diagnoses during pregnancy increased 72% in Asian American women, 25% in Hispanic women and 23% in white women.

Diagnoses of suicidal ideation during pregnancy increased dramatically as well – rising by 60% among Asian American women, 150% among white women and 181% among Hispanic women.

In a 2021 study that Dina co-wrote with first author Wan-Jung Hsieh, then a graduate student at the university, women of color said their health care providers were unresponsive to their needs. “These women said, ‘When I’m experiencing depression, I don’t want to talk about it because I know the provider won’t hear me. But when I’m having thoughts of harming myself, I’ll share it with the provider because I know they will do something about it,’” Dina said. “We’re lacking humanity and compassion in how we treat people.”

The other co-authors of that study, published in Health Affairs, were Marissa D. Sbrilli, Wenhao David Huang, Tuyet-Mai, all of the U. of I.; Brandon Meline, of the Champaign-Urbana Public Health District; and Heidimarie K. Laurent, of Pennsylvania State University.

Greater awareness is needed among providers, family members and the broader community that depression and suicidality are not normal side effects of pregnancy, Dina said. “This is a great area for prevention, to catch it early in pregnancy so women get the support and treatment they need before they go home with a baby.”

The study was co-written by V.K. Dalton, A. Tilea, L.K. Admon, S.V. Hall, G.E. Kolenic and X. Zhang, all of the University of Michigan; and K. Zivin, of the Veterans Affairs Healthcare System, Ann Arbor, Michigan; and K.K. Ryckman, of Indiana University.

The authors report no conflicts of interest