An efficient light-matter interface might constitute the foundation of quantum communication. However, certain structures that are formed during the growth process interfere with the signal. 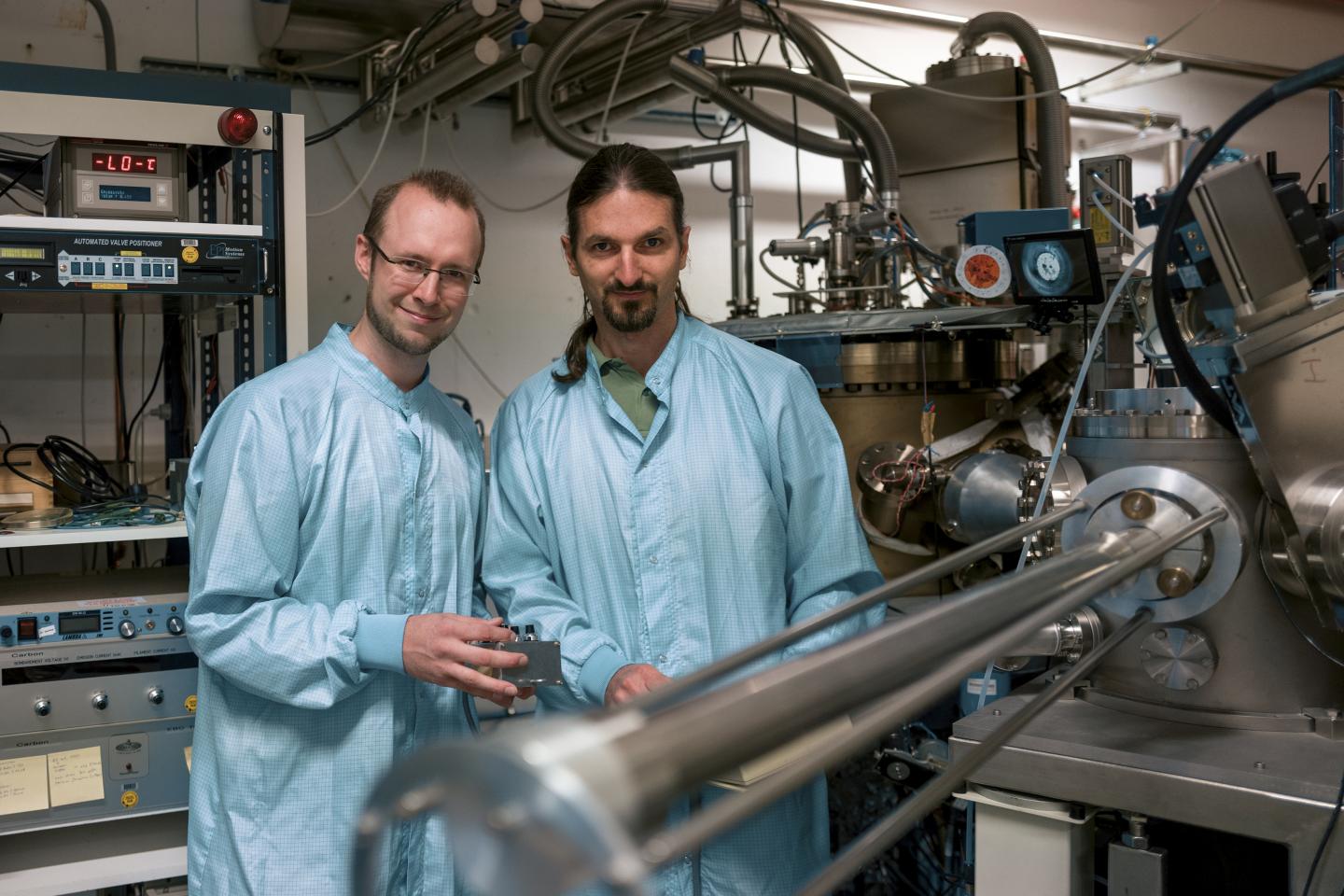 Certain semiconductor structures, so-called quantum dots, might constitute the foundation of quantum communication. They are an efficient interface between matter and light, with photons (light particles) emitted by the quantum dots transporting information across large distances. However, structures form by default during the manufacture of quantum dots that interfere with communication. Researchers at the University of Basel, Ruhr-Universität Bochum, and Forschungszentrum Jülich have now successfully eliminated these interferences. They’ve published their report in the journal Communications Physics from 9 August 2019.

Quantum dots can be realised in semiconductors if researchers lock an electron and an electron hole – i.e. a positive charge at a position where an electron should exist – in a constricted space. Together, electron and electron hole form an excited state. When they recombine, the excited state disappears and a photon is generated. “That photon might be usable as information carrier in quantum communication across large distances,” says Dr. Arne Ludwig from the Chair for Applied Solid State Physics in Bochum.

The quantum dots manufactured in Bochum are generated in the semiconductor material indium arsenide. The researchers grow the material on a gallium arsenide substrate. In the process, a smooth indium arsenide layer forms at a thickness of a mere one and a half atomic layers – the so-called wetting layer. Subsequently, the researchers generate small islands with a diameter of 30 nanometres and a height of a few nanometres. These are the quantum dots.

The wetting layer that has to be deposited in the first step causes problems, because it, too, contains excited electron hole states that decay and may release photons. In the wetting layer, these states decay even more easily than in the quantum dots. The photons emitted in the process can’t be used in quantum communication, however; rather, they generate a static noise in the system.

“We have been able to ignore those interferences by exciting only the required energy states,” says Matthias Löbl from the University of Basel. “However, if quantum dots are to be used as information units for quantum applications, it might be ideal to charge them with more electrons. But in that case, the energy levels in the wetting layer would be likewise excited,” adds Arne Ludwig.

The research team has now eliminated this interference by adding an aluminium arsenide layer grown above the quantum dots in the wetting layer. The energy states in the wetting layer are thus removed, which, in turn, makes it less likely for electrons and electron holes to recombine and emit photons.

The samples for the current project were generated by Dr. Sven Scholz at the RUB Chair of Applied Solid State Physics, whose work was awarded with the dissertation prize by the Wilhelm and Else Heraeus Foundation in June 2019. The measurements of the size of interferences with and without the aluminium arsenide layer were conducted by the team at the University of Basel, under the auspices of Matthias Löbl, Dr. Immo Söllner and Professor Richard Warburton. The group at Forschungszentrum Jülich captured high-resolution microscope images of the samples.