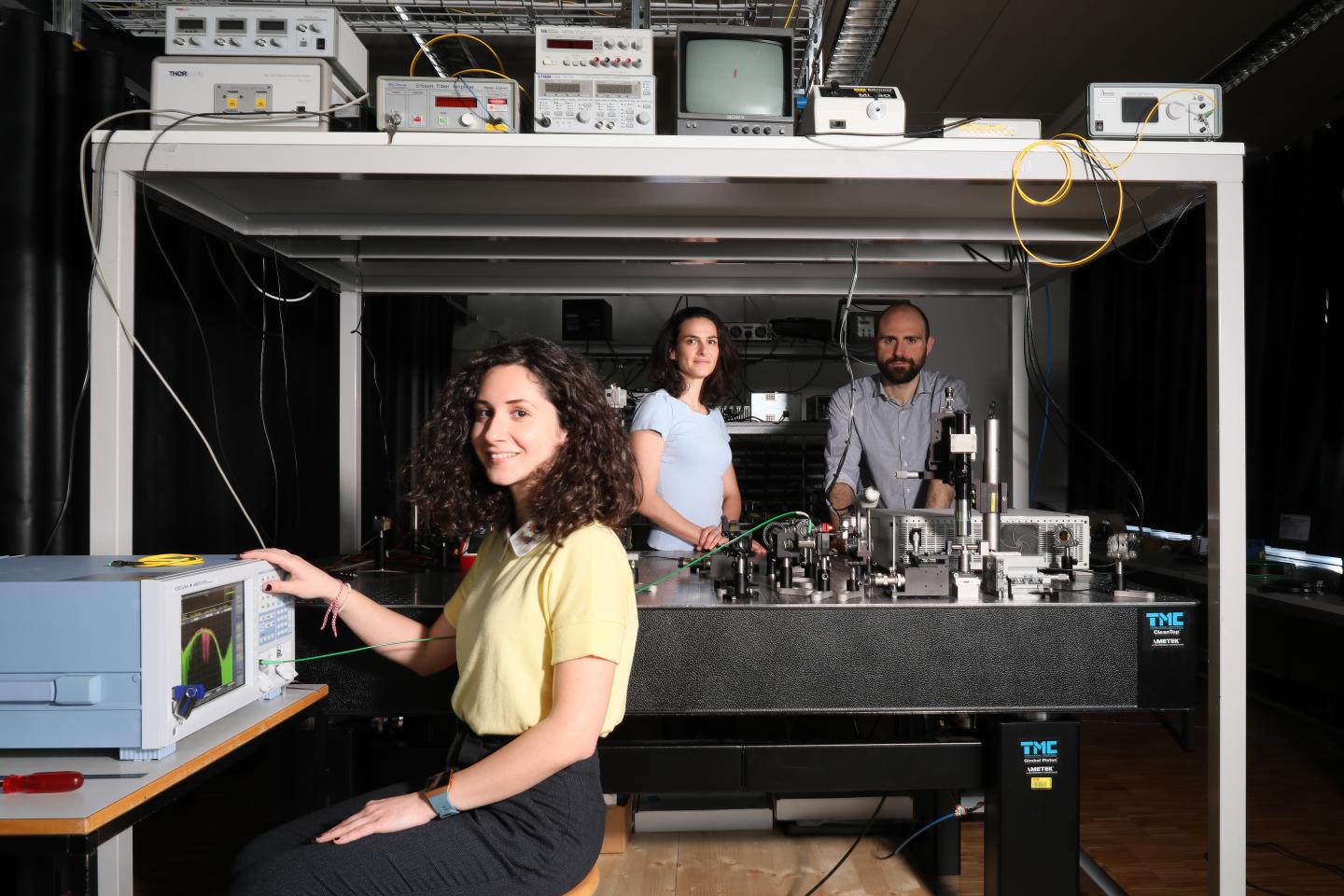 Researchers at EPFL have come up with a new middle infrared light source that can detect greenhouse and other gases, as well as molecules in a person’s breath. The compact system, which resembles a tiny suitcase, contains just two parts: a standard laser together with a photonic chip measuring a few millimeters across. The research is detailed in an article published in Nature Communications.

The mid-infrared spectrum is especially useful for scientists because, at this wavelength range, light can detect particles that play an important role in the environment and in human health. Until now, however, infrared laser systems have proven difficult to transport because they involve complex, damage-prone hardware.

The new technology, developed by researchers at EPFL, could be a game-changer. The team took a commercially available fiber laser and combined it with a micrometer waveguide chip to reliably generate light waves in the mid-infrared spectrum. They then added a spectrometer to demonstrate the potential of this light source, successfully detecting the presence and concentration of acetylene, a colorless and highly flammable gas.

How does it work?

The system uses a compact and robust fiber laser that emits light in a specific wavelength range. The beam is directed through a waveguide, measuring one micrometer (0.001 mm) across and half a millimeter long, which can alter the frequency of the light as it passes through. The system produces light in the mid-infrared spectrum, retaining 30% of the original signal strength. The researchers can even tune the wavelength of the light by adjusting the waveguide’s geometry.

“This device sets a new benchmark for efficiency,” says Davide Grassani, one of the authors of the paper. “This is the first time anyone has created a fully integrated spectroscopic laser source. It does away with the painstaking process of precisely aligning all the parts in a conventional laser system.”

The breakthrough came after the team refined key aspects of the system’s design – the waveguide geometry and material, and the wavelength of the original laser source. “Coming up with such a simple yet efficient and sturdy system involved a lot of design work,” says Camille Brès, project coordinator and head of the Photonic Systems Laboratory, part of EPFL’s School of Engineering.

This advancement paves the way for miniaturized mid-IR technologies – a wavelength range that scientists rarely get to work with. “Once we’ve developed the system further, we could well see on-chip detectors that scientists can easily carry out into the field,” adds Brès.

The technology draws on research conducted at the Photonic Systems Laboratory, headed by Camille Brès, and the Laboratory of Photonics and Quantum Measurements, headed by Tobias Kippenberg (STI/SB).

A breath test for opioids