Details of the history of inner Eurasia revealed by new study

Researchers combining genetics, archaeology, history and linguistics have gained new insights into the history of inner Eurasia, once a cultural and genetic crossroads connecting Europe and Asia 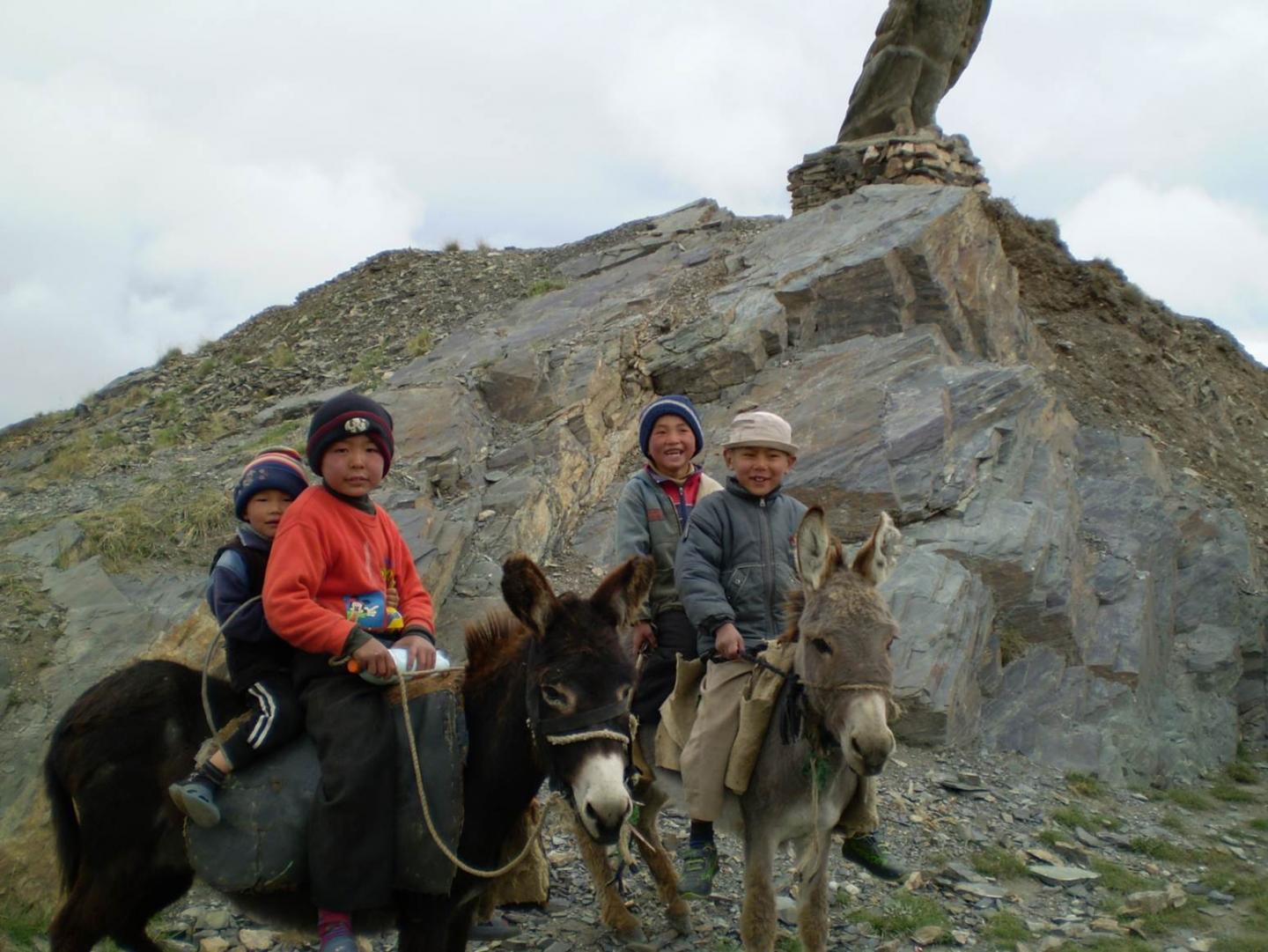 An international team of researchers has combined archaeological, historical and linguistic data with genetic information from over 700 newly analyzed individuals to construct a more detailed picture of the history of inner Eurasia than ever before available. In a study published in Nature Ecology & Evolution, they found that the indigenous populations of inner Eurasia are very diverse in their genes, culture and languages, but divide into three groups that stretch across the area in east-west geographic bands.

Inner Eurasia, including areas of modern-day Armenia, Georgia, Kazakhstan, Moldova, Mongolia, Russia, Tajikistan, Ukraine and Uzbekistan, was once the cross-roads connecting Asia and Europe, and a major intersection for the exchange of culture, trade goods and genes in prehistory and historical periods, including the era of the famous Silk Road.

This vast area can also be divided into several distinct ecological regions that stretch in largely east-west bands across Inner Eurasia, consisting of the deserts at the southern edge of the region, the steppe in the central part, taiga forests further north, and tundra towards the Arctic region. The subsistence strategies used by indigenous groups in these regions largely correlate with the ecological zones, for example reindeer herding and hunting in the tundra region and nomadic pastoralism on the steppe.

Despite the long and important history of inner Eurasia, details about past migrations and interactions between groups are not always clear, especially in prehistory. “Inner Eurasia is a perfect place to investigate the relationship between environmental conditions and the pattern of human migration and mixture, as well as changes driven by cultural innovations such as the introduction of dairy pastoralism into the steppe,” states Choongwon Jeong of the Max Planck Institute for the Science of Human History, co-first and senior author of the paper. In order to clarify our understanding of some of the nuances of the history of the region, an international team of researchers undertook an ambitious project to use modern and ancient DNA from a broad geographic range and time period, in concert with archaeological, linguistic and historical information, to clarify the relationships between the different populations. “A few ethnic groups were studied previously,” comments Oleg Balanovsky from the Vavilov Institute of General Genetics in Moscow, also co-first author, “but we conducted more than a hundred field trips to study this vast region systematically, and reached communities speaking almost all of the Inner Eurasian languages”.

For this study, the researchers analyzed DNA from 763 individuals from across the region as well as reanalyzed the genome-wide data from two ancient individuals from the Botai culture, and compared those results with previously published data from modern and ancient individuals. They found three distinct genetic groupings, which geographically are arranged in east-west bands stretching across the region and correlating generally to ecological zones, where populations within each band share a distinct combination of ancestries in varying proportions.

The northernmost grouping, which they term “forest-tundra”, includes Russians, all Uralic language-speakers, which includes Hungarian, Finnish and Estonian, and Yeniseian-language speakers, of which only one remains today and is spoken in central Siberia. The middle grouping, which they term “steppe-forest”, includes Turkic- and Mongolic-speaking populations from the Volga and the region around the Altai and Sayan mountains, near to where Russia, China, Mongolia and Kazakhstan meet. The southernmost grouping, “southern-steppe”, includes the rest of Turkic- and Mongolic-speaking populations living further south, such as Kazakhs, Kyrgyzs and Uzbeks, as well as Indo-European-speaking Tajiks.

Because the study includes data from a broad time period, it is able to show shifts in ancestry in the past that reveal previously unknown interactions. For example, the researchers found that the southern-steppe populations had a larger genetic component from West and South Asia than the other two groupings. This component is also widespread in the ancient populations of the region since the second half of the first millennium BC, but not found in Central Kazakhstan in earlier periods. This hints at a population movement from the southern-steppe region to the steppe-forest region that was previously unknown.

“Inner Eurasia has functioned as a conduit for human migration and cultural transfer since the first appearance of modern humans in this region. As a result, we observe deep sharing of genes between Western and Eastern Eurasian populations in multiple layers,” explains Jeong. “The opportunity to find direct evidence for the hidden old layers of admixture, which is often difficult to appreciate from present-day populations, is very exciting.”

“We found not only corridors, but also barriers for migrations,” adds Balanovsky. “Some of them separate the historical groups of populations, while others, like the distinct barrier following the Great Caucasus mountain ridge, were obviously shaped by the geographic landscape.”

Two ancient individuals resequenced in this study originated from the Botai culture in Kazakhstan where the horse was initially domesticated. Analysis of the Y-chromosome (inherited along the paternal genealogical lines) revealed a genetic lineage which is typical in the Kazakh steppe up to the present day. But analysis of the autosomes, which both parents contribute to their children, show no trace of Botai ancestry left in present-day people, likely due to repeated migrations into the region both from the west and the east since the Bronze Age.

The researchers emphasize that their model of three groupings does not perfectly explain all known populations and that there are examples of both outliers and intermediate groups. “It is important to organize a future study for further sampling of sparsely populated regions between the clines, for example, Central Kazakhstan or East Siberia,” states Johannes Krause, also of the Max Planck Institute for the Science of Human History, and senior author of the paper.

The last chance for Madagascar’s biodiversity

Scienmag Apr 9, 2019
The discovery of genes responsible for asexual reproduction in a tropical grass may reduce negative impacts of…

Research highlights importance of crop competition as a weed control…

These trippy images were designed by AI to super-stimulate monkey…