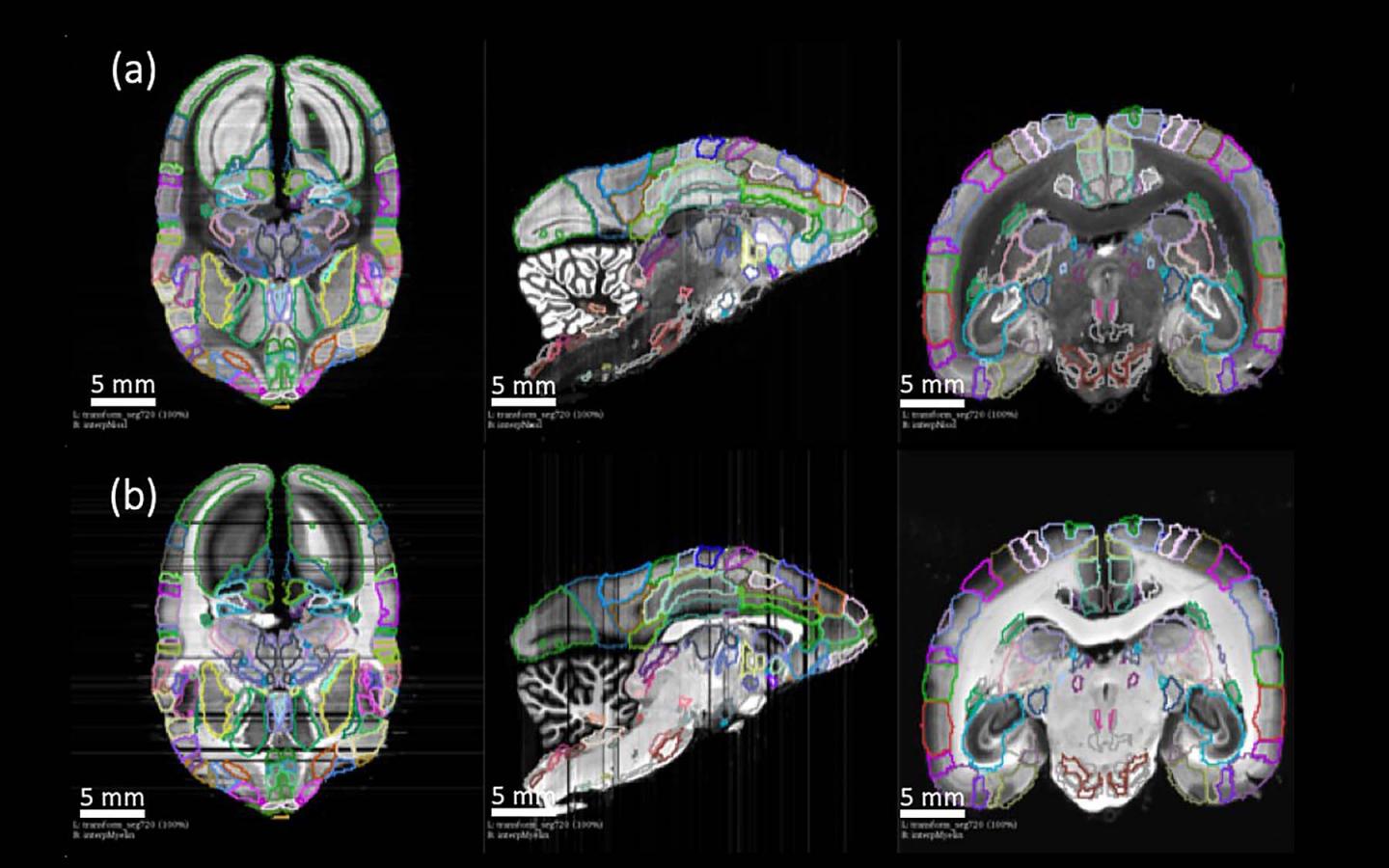 Cold Spring Harbor, NY — The ability to comprehensively map the architecture of connections between neurons in primate brains has long proven elusive for scientists. But a new study, conducted in Japan with contributing neuroscientists from Cold Spring Harbor Laboratory (CSHL), has resulted in a 3D reconstruction of a marmoset brain, as well as information about neuronal connectivity across the entire brain, that offers an unprecedented level of detail.

The study has introduced new methodology, combining experimental and computational approaches, that helps account for significant variation between individual brains. It allows for synthesizing unique brain connectivity maps into a single reference brain. The resulting data set for the marmoset brain is an ideal launching-off point for further studies, and scientists believe it may offer insights into human neural connectivity.

CSHL Professor Partha Mitra, who conceptualized and collaboratively led the study as part of Brain/MINDS research conducted at the RIKEN Center for Brain Science in Japan, explains that the endgame for any large-scale brain study is to learn more about human brain architecture and how disease can affect it. To do so, scientists must study a brain that is similar to a human’s.

The brain architecture of marmosets more closely resembles that of humans than does the mouse brain, which has been the focus of similar efforts in the past. While mice are currently the mainstay for modeling human disease, the emergence of marmoset models of human neurological disorders has made marmosets a target of new research.

Among primates, the marmosets’ relatively small brains lend themselves to thorough mapping of neural connections. And in comparison with extensively studied primates like the macaque, marmosets can be easier to study because their brain surfaces are flatter than the more folded cortical surfaces of larger primates.

The results of Mitra and colleagues’ new study are detailed in the journal eLife.

“Brain connectivity studies have been carried out in the marmoset before,” Mitra explains. “But we did not have complete three-dimensional digital data sets, showing connectivity patterns across several entire brains at the light-microscope resolution. The data we now have is completely unprecedented in scale and in information content.”

With this new data and approach as a basis, Mitra and other neuroscientists are one step closer to making sense of the complex neural connections in the primate–and human–brain. The hope is that this line of research will eventually lead to fundamental therapeutic advances for human diseases.

Researchers discover clues to brain differences between males and females

What causes that peak? Answering a long-standing question for covalent liquids

Scienmag Apr 3, 2019
Credit: Photo: AG Shastri When organs or tissues are damaged, new blood vessels must form as they play a vital…