Denmark’s youngest female professor appointed at the University of Copenhagen 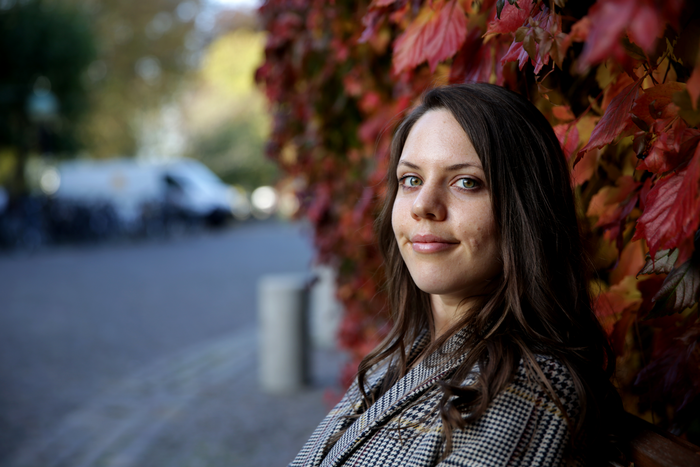 Her research investigates how to combat fake news through automated online fact-checking and the portrayal of women in digital language. 33-year-old Isabelle Augenstein from the Department of Computer Science at UCPH’s Faculty of Science is now the youngest female professor in Denmark.

“I am very honored to be able to call myself a professor now. It was never my plan to become Denmark’s youngest female professor, but still, I worked hard to live up to the academic requirements since I began my research career,” says Isabelle Augenstein.

Among the reasons for her rapid advancement to a professorship, she points out that she only completed half a Master’s degree, before earning a PhD in England, where a full Master’s degree is not required to start a PhD. Head of the Department of Computer Science, Jakob Grue Simonsen, is less modest on behalf of the new appointee.

“Isabelle Augenstein is a dazzling researcher, who in very few years, has made major and internationally recognized research contributions. Her achievements in the automated analysis and understanding of language, and the many applications in the field, such as automated fact checking and similar methods, are of enormous importance to our democracy and society,” he says about the professorship appointment.

Fact checking and gender equality in the digital world

Isabelle Augenstein began her career as a research assistant at the University of Karlsruhe, after which she moved to England and the University of Sheffield, followed by University College London. She came to the University of Copenhagen’s Department of Computer Science in 2017. Today, she heads the department’s Natural Language Processing section.

Here, the research group works with automated fact checking and language models that allow computers to predict next words in searches and how inconsistencies related to gender and equality seem to permeate the way in which our computers and search engines operate.

“While many good developments are taking place in relation to gender equality in society, a great number of things remain to be improved. For example, when we researchers do a thorough investigation of language models, we can find that plenty of stereotypes still drive the way in which we converse. As such, it is important for us as a society to recognize that we are not there yet and that there is more to be done,” says Isabelle Augenstein.

The newly minted professor’s work entails trying to generate an awareness of the problem by measuring it. Most recently, she looked into how polite people are when they address each other and the country’s politicians on the social media platform Reddit.

As a child, Professor Augenstein grew up with a father who researched chemistry and never held back when it came to demonstrating how chemical substances reacted with each other. Subconsciously, he encouraged her to embark on a research career, among other things, taking her to the lab and showing her that science is fun.

“There were quite a few explosions at birthday parties and my father was great at bringing chemistry into everyday life, as he showed me that research and hunting for new knowledge can also be fun,” she says.

At 16, she specialized in computer science at high school, before becoming a Bachelor’s student at the Department of Computational Linguistics at Heidelberg University.

“Basically, the computer was a complex machine that fascinated me and made me want to understand every aspect of it,” she says.

At the age of 23, while at the University of Heidelberg, Augenstein published her first scientific research article during an internship with a research group at the University of Karlsruhe. The paper marked the beginning of her research career. But life as a researcher is not for everyone, something that Isabelle Augenstein fully appreciates. Many personal choices and sacrifices have been made along her way.

“I’ve lived in three different countries so far. And not everyone wants to or is able to be that flexible. Therefore, being a researcher is not only about scientific merit. There are plenty of talented, clever people who will never become researchers because they don’t have the flexibility that it unfortunately requires,” she says.