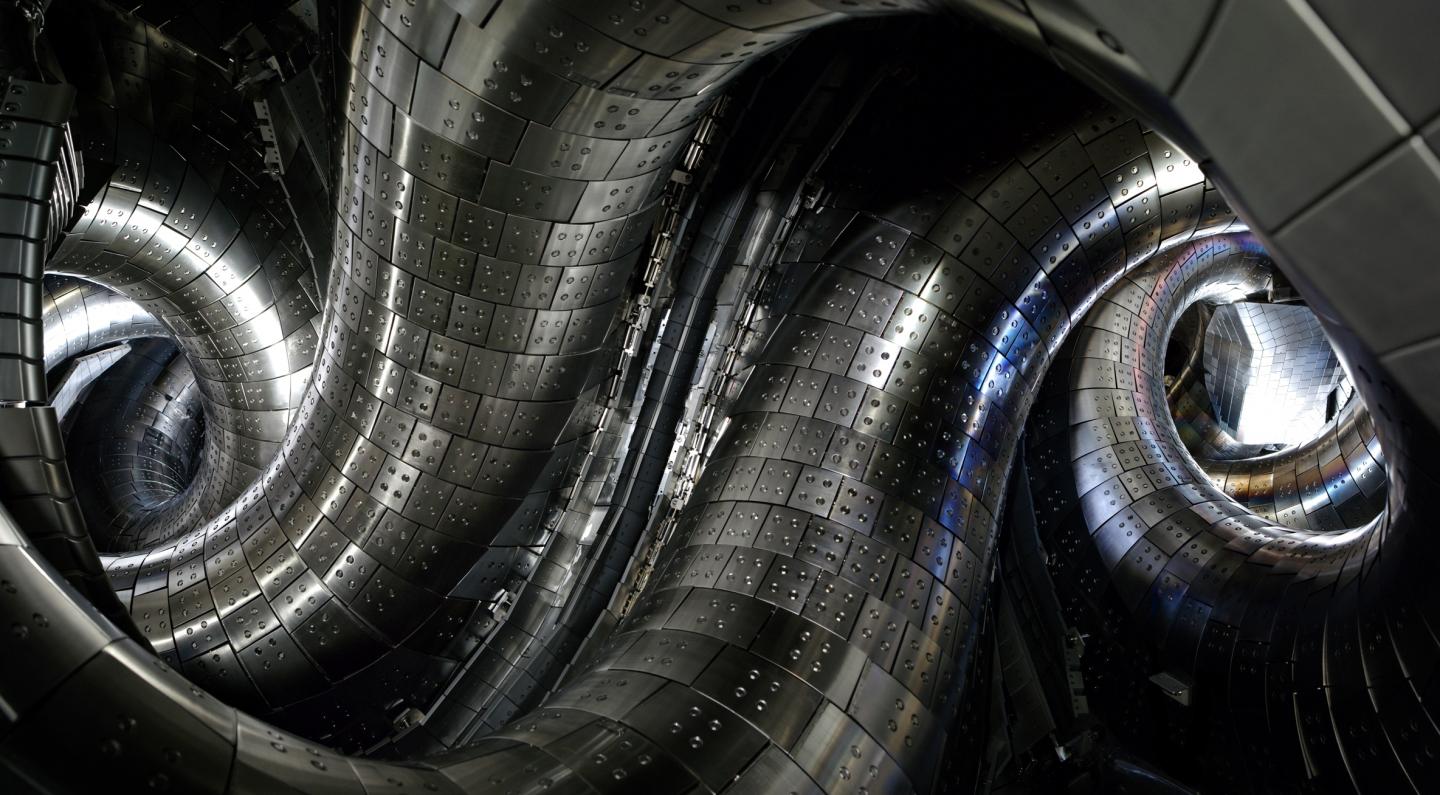 A team of fusion researchers succeeded in proving that energetic ions with energy in mega electron volt (MeV) range are superiorly confined in a plasma for the first time in helical systems. This promises the alpha particle (helium ion) confinement required for realizing fusion energy in a helical reactor.

The deuterium-tritium reaction in a high-temperature plasma will be used in fusion reactors in the future. Alpha particles with 3.5 MeV energy are generated by the fusion reaction. The alpha particles transfer their energy to the plasma, and this alpha particle heating sustains the high-temperature plasma condition required for the fusion reaction. In order to realize such a plasma, which is called a burning plasma, the energetic ions in MeV range must be superiorly confined in the plasma.

Numerical simulations predicted the favorable results of MeV ion confinement in a plasma in helical systems that have the advantage of steady-state operation in comparison with tokamak systems. However, demonstration of MeV ion confinement by experiment had not been reported. Recently, the study has greatly advanced by MeV ion confinement experiment performed in the deuterium operation of the Large Helical Device (LHD), which is owned by National Institute for Fusion Science (NIFS), National Institutes of Natural Sciences (NINS), in Japan. In deuterium plasmas, 1 MeV tritons (tritium ions) are created by deuteron-deuteron fusion reactions. The tritons have the similar behavior with alpha particles generated in a future burning plasma.

Predatory journals could damage the legitimacy of scientific publishing

How can you reliably spot a fake smile? Ask a computer

Celebrating our genomic diversity: Fine-scale differences in the…