Study analyzed some 800 million DNA sequences extracted from 48 soil samples collected in Pará State and northern Mato Grosso State, both of which are part of the Amazon biome 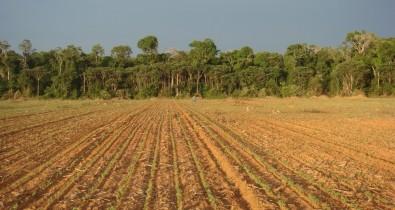 In Brazil, a study conducted by researchers affiliated with the University of São Paulo (USP) and collaborators showed that deforestation in the Amazon causes an increase in the diversity of antibiotic-resistant bacteria. An article on the study, published in Soil Biology and Biochemistry, compares the microorganisms that live in the soil of native forest with those found in pasture and croplands. The researchers found a far larger number of genes considered markers of antibiotic resistance in deforested than forested areas.

“Bacteria produce substances with which to attack each other in a competition for resources that’s usual in any environment. When an area is deforested, however, several factors intensify this competition, favoring the bacteria that can resist these substances. If they reach humans, these microorganisms can become a major problem,” said Lucas William Mendes, a researcher supported by FAPESP at USP’s Center for Nuclear Energy in Agriculture (CENA) in Piracicaba, in the state of São Paulo, and last author of the article.

The study was part of a project linked to the FAPESP Research Program on Biodiversity Characterization, Conservation, Restoration and Sustainable Use (BIOTA-FAPESP) and led by Tsai Siu Mui, a professor at CENA-USP.

Antibiotic resistance is a global public health emergency, according to the World Health Organization (WHO), which says drug-resistant diseases cause some 700,000 deaths per year worldwide.

In the study, the researchers at CENA-USP, collaborating with colleagues at the Luiz de Queiroz College of Agriculture (ESALQ-USP) and scientists at the National Laboratory for Scientific Computing in Petrópolis, Rio de Janeiro State, analyzed some 800 million DNA sequences extracted from 48 soil samples collected in Pará State and northern Mato Grosso State, both of which are part of the Amazon biome.

Using bioinformatics tools, the researchers ran the DNA sequences from the samples against a genetic database and found 145 antibiotic-resistant genes that trigger 21 different molecular mechanisms. Although antibiotic-resistant bacteria are present in forest soil, these microorganisms and their resistance mechanisms are much more abundant in the soil of pasture, deforested areas, and croplands.

“The process of occupation in the Amazon consists of first logging the most valuable trees and then clearing and burning all the rest to make way for crops or forage grass for cattle,” Mendes said. “Besides ash from the burned vegetation, the soil is limed to reduce the acidity and other agrochemicals are applied. The abundance of nutrients fuels bacterial proliferation and fierce competition for resources.”

Previous studies by the CENA-USP group showed that despite the reduction in forest soil microorganism diversity, the abundance of bacteria benefited plants by nutrient cycling and augmented photosynthesis, and also had positive effects on the atmosphere, including carbon fixation and consumption of methane, the second most important greenhouse gas after carbon dioxide.

In the latest study, the researchers were struck by the large quantity of bacteria that were resistant to two specific classes of antibiotics, tetracyclines and beta-lactamases. Medications with these active ingredients are widely used to treat cattle diseases and can reach the soil via feces and urine since absorption of antibiotics in cattle is low. Furthermore, the use of livestock manure as fertilizer can contribute to the spread of drug-resistant bacteria, according to the researchers.

Scientists cannot be sure that microorganisms immune to antibiotics are capable of migrating from the soil of the Amazon to food produced there, such as grain, sugarcane, and beef. “Some research assumes the transfer can occur, but to date, no studies have demonstrated it,” Mendes said. “It needs to be watched carefully because if these drug-resistant bacteria reach humans, they’ll cause a serious public health problem.”

Nor are there any immediate solutions to prevent bacteria from multiplying in cultivated soil. Management techniques that take into account other functions of microorganisms besides boosting crop yield, such as nutrient cycling and reducing species that produce methane, for example, could help mitigate the problem.

This can be done by transplanting natural soil to a cultivated area or using inoculants, microorganism-based products that perform important functions in the soil and also reduce the need for fertilizer and agrochemicals. Indeed, the market for microbiome-based agricultural products is expected to be worth more than 10 billion US dollars by 2025 (read more at: agencia.fapesp.br/34195).

In the Amazon, solutions and opportunities may be very near a pasture or plantation, in the soil of the native forest.