Deeper understanding of the icy depths

Scientists have uncovered new details of how ice forming below the ocean surface in Antarctica provides cold dense water that sinks to the seabed in an important aspect of global water circulation. 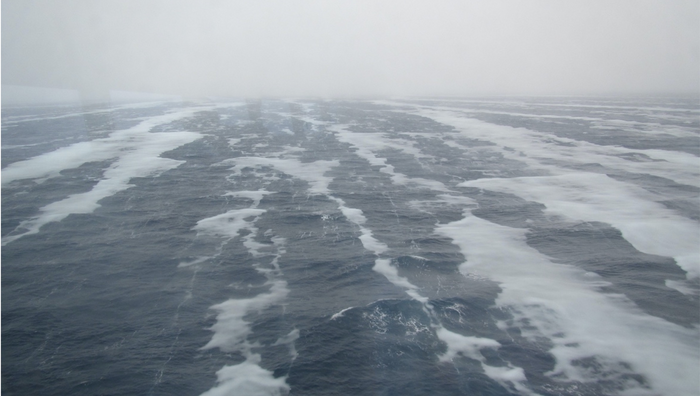 Scientists have uncovered new details of how ice forming below the ocean surface in Antarctica provides cold dense water that sinks to the seabed in an important aspect of global water circulation.

The results, published in the journal Science Advances, come from a team at the Hokkaido University’s Institute of Low Temperature Science, its Arctic Research Center, and the Faculty of Fisheries science, working with scientists at Japan’s National Institute of Polar Research and Aerospace Exploration Agency.

The seas around Antarctica, where a large amount of sea ice is formed, are central to global ocean water circulation, linking the Atlantic, Pacific, and Indian oceans. When sea ice is formed, it rejects salt, therefore leaving dense, cold water that sink to the seabed. This water, called Antarctic Bottom Water (AABW), is the coldest and densest water mass in the global circulation, flooding across most of the deep seafloor known as the global abyss. Since the global ocean circulation influences the global climate, it is important to understand the mechanism of AABW formation and how the formation will be impacted by global warming.

“We found surprising new results about the form of sea ice growth in a key AABW production site, close to Cape Darnley in Antarctica, with potentially wide implications for other areas,” says Kay Ohshima of the Hokkaido team. He explains that satellite monitoring and data from moored sensors in the ocean revealed the importance of underwater ice called Frazil ice in producing dense cold water. This ice forms beneath the surface when water is cooled to below its freezing point by the cooling effect of the strong wind and turbulent conditions. The cooling can occur to surprising depths of 80 metres or more.

Their key significance is that they involve an area where water is cooled by strong wind from severely cold Antarctica, especially in open water areas within the pack ice called polynyas.

“It is important to learn that such a major process is occurring underwater, revealing an aspect of the circulation system that has been at least partially obscured from view,” Kay says.

The researchers also suggest that the frazil ice could incorporate the sediment at the sea bottom and release it as the ice melts. This may yield new understanding of the circulation of nutrients that fertilize plankton to influence the general biological productivity of Antarctic waters.

“Our next step is to incorporate these new processes into understanding of Southern Ocean biogeochemistry and carbon circulation, which will require significant new fieldwork and research,” Kay concludes.