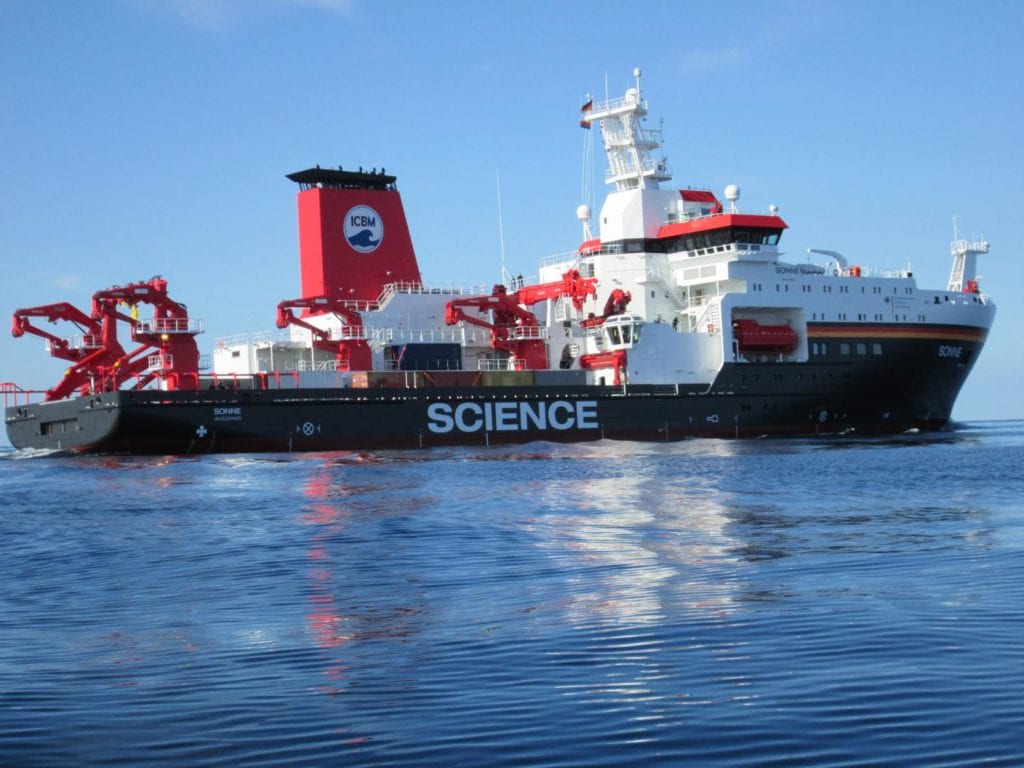 An international team led by the Innsbruck geologists Arata Kioka, Tobias Schwestermann, Jasper Moernaut, and Michael Strasser could quantify for the first time the entire trench-wide volume of marine sediments that were remobilized by the magnitude 9 Tohoku-oki earthquake in 2011 and transported into the up to 8 km deep Japan Trench. This was facilitated within a project funded by the Austrian Science Fund (FWF) and in collaboration with researchers from Geological Survey of Japan of the National Institute of Advanced Industrial Science and Technology (AIST), JAMSTEC (Japan Agency for Marine-Earth Science and Technology), The City University of New York, MARUM (Centre for Marine Environmental Sciences, University of Bremen) and ETH Zurich, through integrating analyses of samples and data collected during several offshore research expeditions conducted between 2012 and 2016. Along with carbon content measurements, they could estimate the total carbon mass of more than 1 Tg (1 teragram = 1 million tons), triggered by one single tectonic event and transported to these water depths. “The results surprised us and our colleagues,” said Tobias Schwestermann, PhD candidate at the Department of Geology at the University of Innsbruck. “This is much higher than expected from carbon fluxes observed in other deep-sea trench systems worldwide,” continues Schwestermann. Another example clearly illustrates the extent of the result: The Ganges-Brahmaputra, one of the world’s largest river system, transports about 4 Tg of carbon per year to the ocean. The fact that only one single tectonic event can cause about a quarter of this carbon flux, implying a potential global significance, highlights the importance of the carbon cycle in the deep sea. “The results show that when we talk about the global carbon cycle, we also have to think about the deepest and most-underexplored deep-sea trenches of our world’s oceans in the future,” says Michael Strasser, Professor at the Department of Geology.

Worldwide, there are only sixteen regions with water depths of more than 6 km. “All in all, the deep sea is arguably even less explored than the moon. This is exactly what fascinates us,” says Arata Kioka, postdoc at the Department of Geology. The first trench-wide quantification of organic carbon mass at such water depths was enabled by various measurement methods, some of which were used for the first time in the deep sea. “One of the research vessels, the German Sonne, was also decisive for the results. It is one of the technically best equipped research vessels currently available,” says Arata Kioka. First, the team carried out high-resolution bathymetric surveys and sub-seafloor structure imaging. To analyze the carbon content, new sediment cores were taken from the Japan Trench.

The latest results motivate the geologists to undertake further research expeditions to investigate the deep sea even further. The International Ocean Discovery Program (IODP) will soon give them the opportunity to do so. This is an international marine research collaboration that explores Earth’s history and dynamics using ocean-going research platforms to recover data recorded in seafloor sediments and rocks and to monitor subseafloor environments. Michael Strasser is the lead proponent of an IODP proposal, which will be implemented in 2020, collecting long cores from the Japan Trench to study past earthquakes and their impact on the evolution and processes in deep sea trenches.