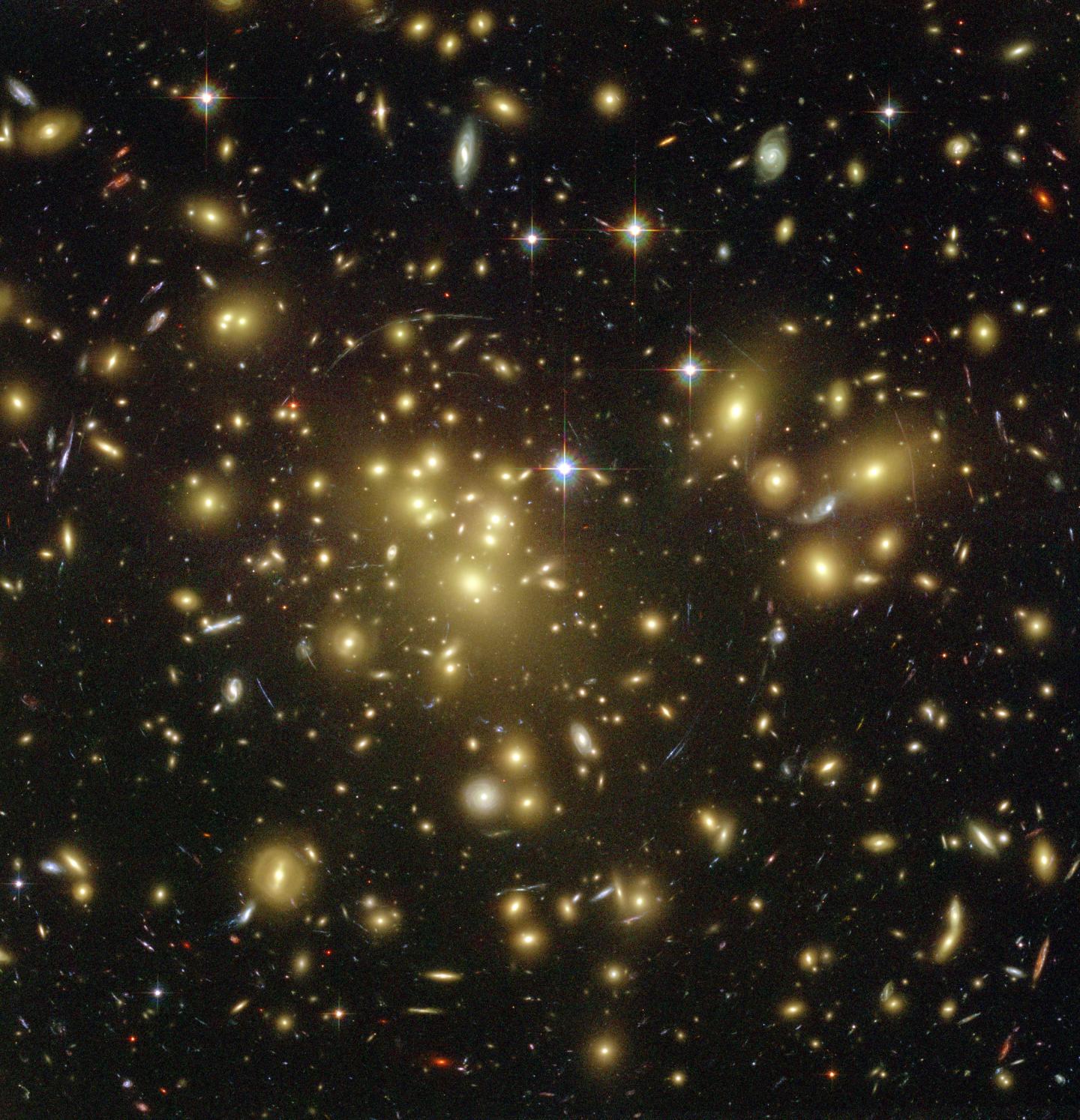 Galaxy clusters are some of the most massive structures in the cosmos, but despite being millions of lightyears across, they can still be hard to spot. Researchers at Lancaster University have turned to artificial intelligence for assistance, developing “Deep-CEE” (Deep Learning for Galaxy Cluster Extraction and Evaluation), a novel deep learning technique to speed up the process of finding them. Matthew Chan, a PhD student at Lancaster University, is presenting this work at the Royal Astronomical Society’s National Astronomy meeting on 4 July at 3:45pm in the Machine Learning in Astrophysics session.

Most galaxies in the universe live in low-density environments known as “the field”, or in small groups, like the one that contains our Milky Way and Andromeda. Galaxy clusters are rarer, but they represent the most extreme environments that galaxies can live in and studying them can help us better understand dark matter and dark energy.

Deep-CEE builds on Abell’s approach for identifying galaxy clusters but replaces the astronomer with an AI model that has been trained to “look” at colour images and identify galaxy clusters. It is a state-of-the-art model based on neural networks, which are designed to mimic the way a human brain learns to recognise objects by activating specific neurons when visualizing distinctive patterns and colours.

Chan trained the AI by repeatedly showing it examples of known, labelled, objects in images until the algorithm is able to learn to associate objects on its own. Then ran a pilot study to test the algorithm’s ability to identify and classify galaxy clusters in images that contain many other astronomical objects.

“We have successfully applied Deep-CEE to the Sloan Digital Sky Survey” says Chan, “ultimately, we will run our model on revolutionary surveys such as the Large Synoptic Survey telescope (LSST) that will probe wider and deeper into regions of the Universe never before explored.

New state-of-the-art telescopes have enabled astronomers to observe wider and deeper than ever before, such as studying the large-scale structure of the universe and mapping its vast undiscovered content.

By automating the discovery process, scientists can quickly scan sets of images, and return precise predictions with minimal human interaction. This will be essential for analysing data in future. The upcoming LSST sky survey (due to come online in 2021) will image the skies of the entire southern hemisphere, generating an estimated 15 TB of data every night.

“Data mining techniques such as deep learning will help us to analyse the enormous outputs of modern telescopes” says Dr John Stott (Chan’s PhD supervisor). “We expect our method to find thousands of clusters never seen before by science”.

Chan will present the findings of his paper “Fishing for galaxy clusters with “Deep-CEE” neural nets” on 4 July at 3:45pm in the ‘Machine Learning in Astrophysics’ session. (Chan and Stott 2019) which has been submitted to MNRAS and can be found on Arxiv here: https://arxiv.org/abs/1906.08784.

Media representatives are cordially invited to attend the meeting and can register at no cost. Press room facilities will be available in Faraday Seminar Room 2 for the duration of the conference – from 0900 BST on Monday 1 July to 1500 BST on Thursday 4 July. For free registration for the meeting, please contact the press team via [email protected]

Scientists at the conference are also available for interview via both a radio studio and TV studio at Lancaster University; the Globelynx TV network offers broadcast quality HD video to the world’s leading broadcasters and an ISDN line for interviews in a radio booth.

Chan will present the findings of his paper “Fishing for galaxy clusters with “Deep-CEE” neural nets” on 4 July at 3:45pm in the ‘Machine Learning in Astrophysics’ session. (Chan and Stott 2019) which has been submitted to MNRAS and can be found on Arxiv here: https://arxiv.org/abs/1906.08784.

The RAS National Astronomy Meeting (NAM 2019) is taking place at the University of Lancaster from 30 June to 4 July 2019. It includes the annual meetings of the UK Solar Physics (UKSP) and Magnetosphere Ionosphere Solar-Terrestrial (MIST) groups. The conference is principally sponsored by the Royal Astronomical Society (RAS), the Science and Technology Facilities Council (STFC) and Lancaster University. Full details are visible on the dedicated conference website https://nam2019.org/. Access credentials for embargoed press materials are available on request from the NAM press team via [email protected]

About the Royal Astronomical Society

The Royal Astronomical Society (RAS), founded in 1820, encourages and promotes the study of astronomy, solar-system science, geophysics and closely related branches of science. The RAS organises scientific meetings, publishes international research and review journals, recognizes outstanding achievements by the award of medals and prizes, maintains an extensive library, supports education through grants and outreach activities and represents UK astronomy nationally and internationally. Its more than 4,000 members (Fellows), a third based overseas, include scientific researchers in universities, observatories and laboratories as well as historians of astronomy and others.

About the Science and Technology Facilities Council

The Science and Technology Facilities Council is part of UK Research and Innovation – the UK body which works in partnership with universities, research organisations, businesses, charities, and government to create the best possible environment for research and innovation to flourish. STFC funds and supports research in particle and nuclear physics, astronomy, gravitational research and astrophysics, and space science and also operates a network of five national laboratories as well as supporting UK research at a number of international research facilities including CERN, FERMILAB and the ESO telescopes in Chile. STFC is keeping the UK at the forefront of international science and has a broad science portfolio and works with the academic and industrial communities to share its expertise in materials science, space and ground-based astronomy technologies, laser science, microelectronics, wafer scale manufacturing, particle and nuclear physics, alternative energy production, radio communications and radar.

STFC’s Astronomy and Space Science programme provides support for a wide range of facilities, research groups and individuals in order to investigate some of the highest priority questions in astrophysics, cosmology and solar system science. STFC’s astronomy and space science programme is delivered through grant funding for research activities, and also through support of technical activities at STFC’s UK Astronomy Technology Centre and RAL Space at the Rutherford Appleton Laboratory. STFC also supports UK astronomy through the international European Southern Observatory.

Lancaster is a research-intensive university which combines world-class research with excellent teaching and high levels of student satisfaction.

Its 6th-place ranking in The Times and The Sunday Times Good University Guide 2019, as well as the award of the coveted University of the Year title for 2018, cements its place as an elite UK university.

Southern Illinois’ Len Small levee likely to fail even if…