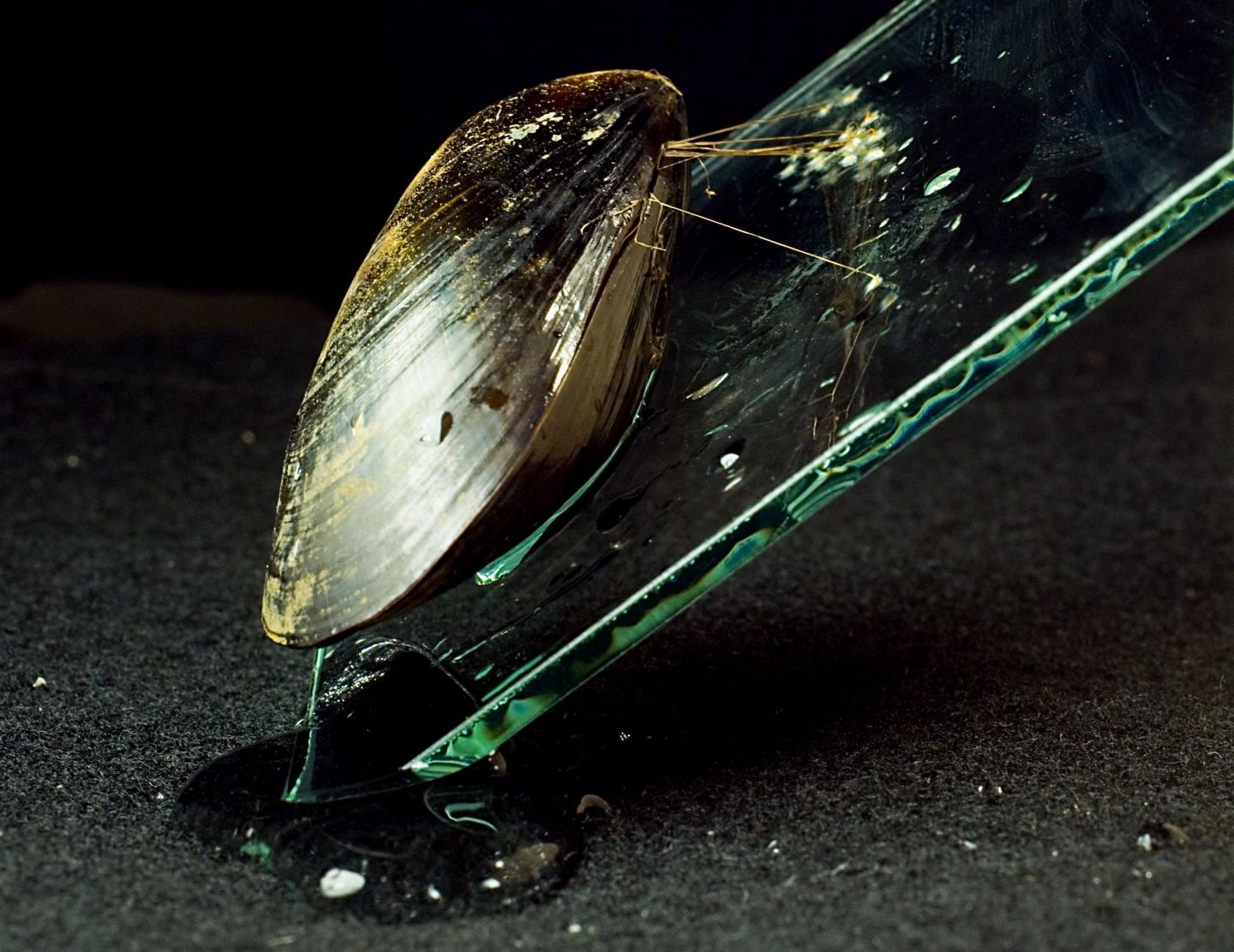 Mussels secrete sticky plaques that help them attach to wet surfaces, such as rocks on the beach. These adhesive structures are rich in iron, which is thought to help make the attachments strong yet flexible. Now, researchers reporting in Environmental Science & Technology have shown that mussels form weaker attachments in iron-deficient seawater, revealing a possible consequence of altered iron bioavailability in oceans.

As oceans become more acidic in a changing climate, iron dissolves and is less bioavailable to filter feeders, such as mussels, that strain iron particles from seawater. In mussels, iron helps cross-link proteins in the sticky plaques that attach to surfaces and adds mechanical toughness to the hair-like threads that link the plaque to the mollusk’s inner tissues. Jonathan Wilker and colleagues at Purdue University wondered how mussels’ ability to adhere to surfaces would be affected by changing iron levels in seawater.

To find out, the researchers cultured mussels in artificial seawater containing lower, normal and higher iron levels. The researchers grew the mussels in each water condition for three days, during which the creatures attached to aluminum plates. Then, the researchers cut off the threads near the shell and pulled upward on them, measuring the force needed to remove the plaque from the plate. As the concentration of iron in the water increased, so did the plaque’s stickiness, except for the highest iron level, at which adhesion slightly decreased. The team also observed that the plaques became smaller and darker as the iron concentration increased, and the porous microstructure of the plaques became more pronounced. This study is the first to examine how changing iron levels affect the performance of a biological material in a whole animal, the researchers say.

The authors acknowledge funding from the Office of Naval Research, the National Science Foundation and the Purdue Research Foundation.