Decoding the scent of a plant

The plant and animal kingdoms are rich in odours that function as key communication modules; have the herbivores learnt to, ‘smell’ these chemicals and counteract? 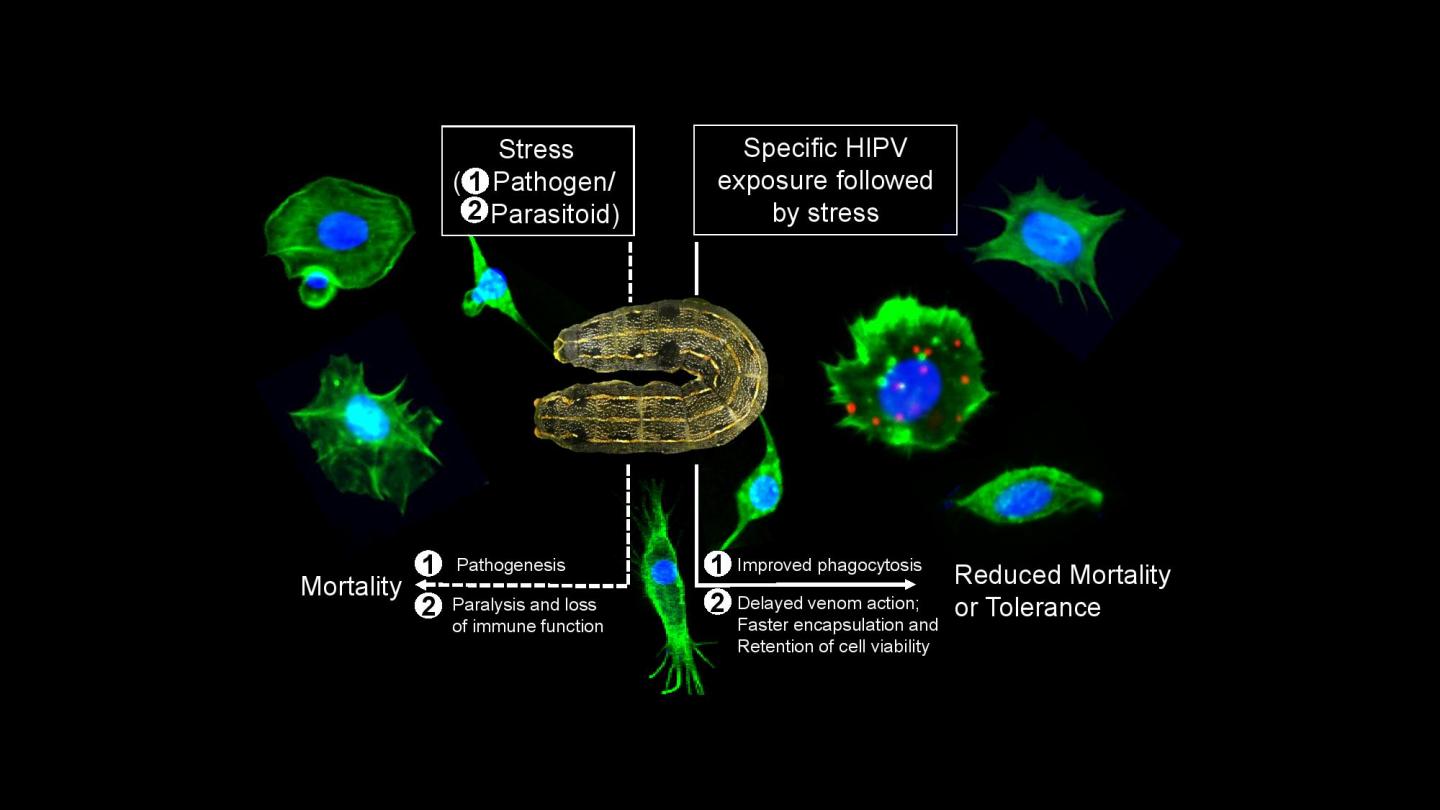 The plant and animal kingdoms are rich in odours that function as key communication modules. Specifically, the interactions between plants and insects come with a plethora of odour exchanges. While some scents help attract pollinators, others act as defence signals. The latter chemicals are typically used to protect against insects that infest plants.

Have the herbivores learnt to, “smell” these chemicals and counteract? This is a question that has kept researchers at the Chemical Ecology lab at the National Centre for Biological Sciences (NCBS-TIFR) busy for some time now. A recent study led by Dr Radhika Venkatesan has identified that herbivores are capable of decoding the scent of a plant and using these cues to augment their immunity. These findings have been published in the Journal of Chemical Ecology, with the striking image grabbing the journal’s cover page.

Plants, when attacked by herbivores, are known to release chemicals as an indirect defence mechanism and also as a warning signal to neighbouring individuals. These chemicals are highly volatile, and therefore known as herbivore-induced plant volatiles. One of the important functions of these volatile chemicals is to recruit bodyguards or natural enemies of herbivores that can help eliminate the insect from the plant. For example, parasitoid wasps that are attracted by certain plant volatiles parasitise the herbivore larvae and ultimately kill them. This “tri-trophic” interaction, mediated by volatile chemicals, brings together the plant, attacking herbivore, and the parasitoid plant protector.

Researchers at NCBS pursued a unique angle in this tri-trophic relationship, by asking if herbivores could sense these plant volatiles and prepare themselves for an impending attack by the plant bodyguards (parasitoids).

“We felt that if the volatiles can attract the parasitoids, then being in the nearest vicinity, herbivores should also be able to perceive them and react,” says Enakshi Ghosh, recollecting her entry into this project.

For her investigations, Ghosh, used the common cutworm – a voracious pest of more than 120 agricultural plants as a study system. In the laboratory, she reared the cutworm larvae on castor bean plants and tested to see if they larvae reacted to various plant volatile encounters. Specifically, she wanted to find out if exposure to plant volatiles triggered an immune response in the cutworm larvae. For this, she looked at the insect immune cells (hemocytes), whose numbers are known to increase during an immune reaction.

Next, Ghosh wanted to test to see if this heightened immune reaction also translated to protection from parasitoid attacks. Indeed, adult female parasitoid wasps that normally laid eggs on the larvae (and eventually killing them), seemed to avoid this egg-laying behaviour when they encountered larvae exposed to (E)-β-ocimene. Similarly, larvae exposed to plant volatiles survived an attack by the bacteria, Bacillus thuringenesis, far better than those without prior exposure to the scent.

This immunity, however, comes with a catch. Just like humans have several immune cells (B cells and T cells); insects also have a variety of immune cells, each performing a different function. The study found that only an increase in a specific combination of these insect hemocytes could help the larvae counteract the parasitoid attacks.

These findings convinced the authors that the herbivorous caterpillar could indeed decode this scent of the plant, which was previously thought of as a secret communication route between the plants and their bodyguard parasitoids. In fact, the insect larvae were using these plant volatile cues to pump up their immune response in anticipation of a parasitoid attack.

“This whole part of, “cue-based priming” was a big surprise. It will be interesting to see if this phenomenon exists in all herbivores or if it is specific to our insect model. Further, can parasitoids modulate themselves to improve their success against the herbivores?” These are the ideas and questions Dr Venkatesan’s team is gearing up to answer in the near future.

Scienmag Jan 29, 2020
New antiviral materials made from sugar have been developed to destroy viruses on contact and may help in the fight…