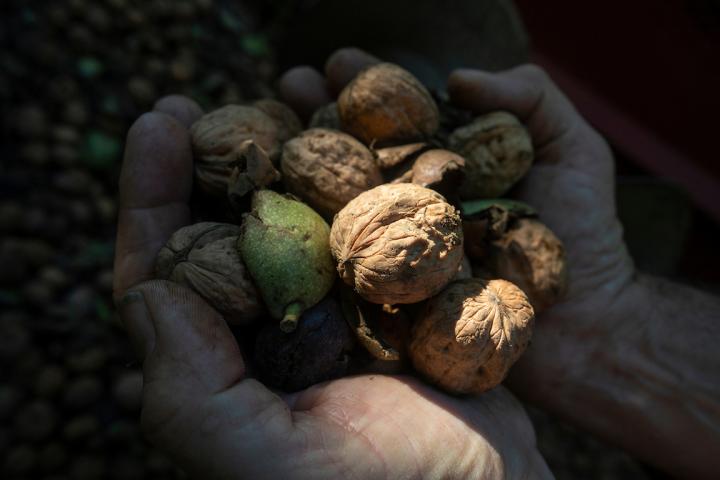 California produces 99 percent of the walnuts grown in the United States. New research could provide a major boost to the state’s growing $1.6 billion walnut industry by making it easier to breed walnut trees better equipped to combat the soil-borne pathogens that now plague many of California’s 4,800 growers.

In a new study, a team of scientists at the University of California, Davis, and USDA’s Agricultural Research Service (ARS) used a unique approach to sequence the genomes of the English walnut and its wild North American relative by tapping into the capabilities of two state-of-the-art technologies: long-read DNA sequencing and optical genome mapping. The resulting genome sequences are believed to be of the highest quality ever assembled of any woody perennial.

“By sequencing the genome of a walnut hybrid, we produced complete genome sequences for both parents in the time normally required to produce the sequence of one genome,” said Ming-Cheng Luo, leading genomics investigator on the project and a research geneticist in the Department of Plant Sciences at UC Davis.

This approach could be applied to genome sequencing of trees and many other woody perennials, opening the door to a better understanding of the genetic blueprints of almonds, pecans, pistachios and grapes.

“Like walnut, these other crops naturally cross-pollinate and are therefore highly variable,” said Jan Dvorak, co-principal investigator and genetics professor at the Department of Plant Sciences at UC Davis. “Variability has always greatly complicated our ability to produce a high-quality genome sequence for such crops, but these new technologies now make it possible,” Dvorak added.

“We chose to cross the widely used English walnut specifically with the wild Texas black walnut because of its native resistance to several soil-borne diseases and root nematodes, which are serious pests of walnut in California,” said Dan Kluepfel, a USDA-ARS scientist and principal investigator of the walnut-rootstock development project.

The assembled genome sequences of the two walnut species also will now help researchers identify genetic markers that breeders can use to develop new varieties with improved pathogen and pest resistance.

The study was published online Monday (March 25) in Horticulture Research. The research was funded by the California Walnut Board and the USDA’s National Institute of Food and Agriculture Specialty Crop Research Initiative.

Substituting HPS with light-emitting diodes for supplemental lighting in greenhouses

Transmission of divine knowledge in the sapiential Thanksgiving Psalms…