Researchers discover vaccine to strengthen the immune system of plants 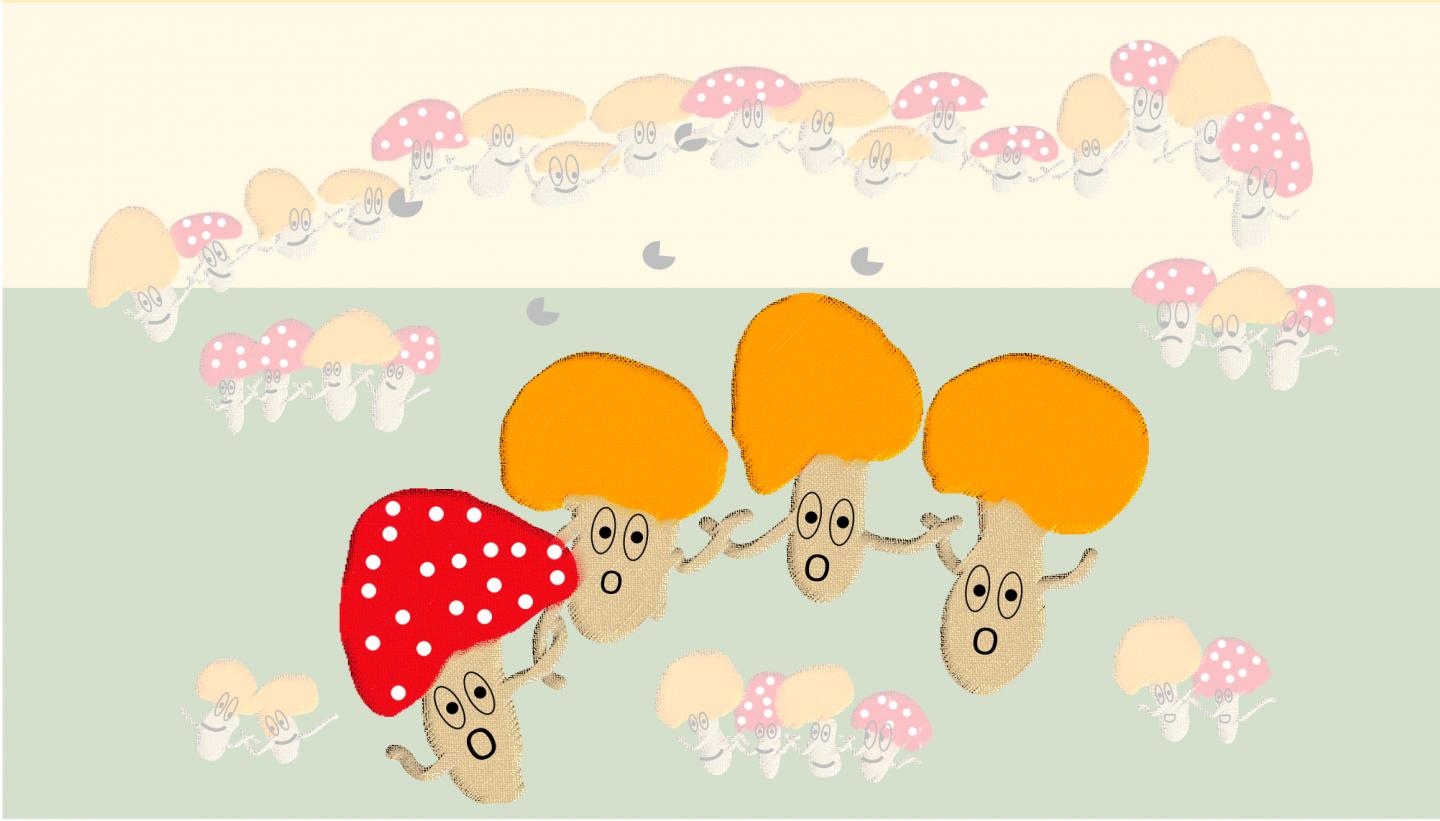 Like animals and humans, plants possess a kind of immune system. It can e.g. recognize pathogenic fungi by the chitin in their cell walls, triggering disease resistance. Some fungi hide from the immune system by modifying some of the chitin building blocks, converting chitin into chitosan. Researchers of the University of Münster now found that plants can react to a certain pattern in this chitosan, stimulating their immune system. They are already developing a chitosan-based plant immune-stimulant in order to reduce the use of chemical pesticides in agriculture. Their results are published in JACS (Journal of the American Chemical Society).

Chitosans, so-called polysaccharides, are probably the most versatile and promising functional biopolymers. Chitosans can make plants resistant to diseases, promote their growth, and protect them from heat or drought stress. Under chitosan dressings, even large wounds can heal without scars, chitosan nanoparticles can transport drugs across the blood/brain barrier, and chitosans can replace antibiotics in animal fattening as antimicrobial and immunostimulating feed additives. But of course, chitosans are not miracle cures either. “There are many different chitosans and for each individual application, exactly the right one must be found to make it work. Until now, we knew far too little about their effects and how they can be used effectively. With our research, we have now come a step closer to this understanding”, explains Prof Bruno Moerschbacher from the Institute for Biology and Biotechnologies of Plants at Münster University.

Chitosans consist of chains of different lengths of a simple sugar called glucosamine. Some of these sugar molecules carry an acetic acid molecule, others do not. Chitosans therefore differ in three factors: the chain length and the number and distribution of acetic acid residues along the sugar chain. For about twenty years, chemists have been able to produce chitosans of different chain lengths and with different amounts of acetic acid residues, and biologists have then investigated their biological activities. Thus, an understanding slowly developed of how these two factors influence the antimicrobial or plant-strengthening effect of chitosans. Such well-characterized chitosans, now called second-generation chitosans, are currently used as the basis for new chitosan-based products such as the plant biostimulant “Kitostim” which was developed based on the research results of the Münster team. It promotes growth and development of plants, and it strengthens them against disease and heat stress.

Bruno Moerschbacher suspected early on that the third structural factor, the distribution of acetic acid residues along the sugar chain, also plays a decisive role in determining biological activities. However, this hypothesis could not be tested for a long time because the acetic acid residues are randomly distributed in all chemically produced chitosans. As biochemists and biotechnologists, the members of his team have therefore used enzymes for the production of chitosans, i.e. the natural ‘tools’ involved in the biosynthesis of chitosan in chitosan-containing fungi. With their help, they have now succeeded in producing short chitosan chains, so-called oligomers, with a defined arrangement of acetic acid molecules, and tested their bioactivity.

For this test, the researchers used rice cells that they treated with chitosan oligomers to stimulate their immune system. When they used chitosan oligomers consisting of four sugar units (so-called tetramers) carrying only a single acetic acid residue, they found that the tetramer with the acetic acid residue at the first (‘left-most’) sugar unit (the so-called non-reducing end) had a strong immunostimulating effect, while the other three tetramers were less active or inactive. Thus, very clear differences in bioactivity were found between chitosans with the same chain length (four) and the same number of acetic acid residues (one) when they differed in the position of the acetic acid residue. The researchers led by Bruno Moerschbacher are currently testing the use of this tetramer as a kind of vaccine that stimulates the plants’ natural immune system.

Such a clear dependence of the bioactivity of a complex sugar on its molecular structure has almost never been observed before. The first and to date only example was human heparin, whose anticoagulant effect is based on a certain distribution of sulphuric acid residues along the sugar chain. It is now known that heparin achieves this effect by binding a coagulation factor to this specific binding site, thus inactivating it. And on the basis of this knowledge, it has been possible to develop anticoagulants with precisely dosed effects and without side effects, which are a blessing for e.g. dialysis patients. “It is now our hope that the precisely defined chitosans can be used in a similar way to enable, for example, scar-free wound healing under chitosan dressings,” said Bruno Moerschbacher, whose research group is already collaborating with dermatologists and other biomedical experts.

UAF researchers embark on an expedition frozen at sea