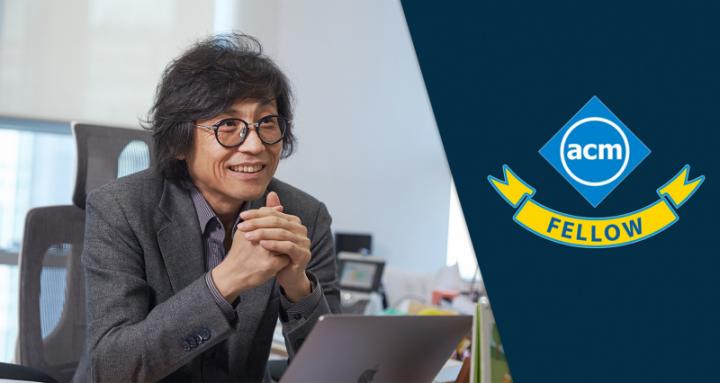 Sam H. Noh, Professor of Electrical and Computer Engineering and Dean of the Graduate School of Artificial Intelligence at UNIST, has been elected as a 2020 fellow of the Association for Computing Machinery (ACM), the world’s largest scientific and educational society for computing professionals.

The ACM Fellows program recognizes the top 1% of ACM members for their outstanding accomplishments in computing and information technology and/or outstanding service to ACM and the larger computing community. Fellows are nominated by their peers, with nominations reviewed by a distinguished selection committee.

As noted by ACM President Gabriele Kotsis, “The 2020 ACM Fellows have demonstrated excellence across many disciplines of computing. These men and women have made pivotal contributions to technologies that are transforming whole industries, as well as our personal lives.” She added, “We fully expect that these new ACM Fellows will continue in the vanguard in their respective fields.”

Professor Sam H. Noh is a prominent scientist in system software and data storage technology. Besides being appointed as Editor-in-Chief of the ACM Transaction of Storage (ToS) in 2016, he has been contributing greatly to the academic vitality of the computing field. In 2017, he was honored as a Distinguished Member of the ACM in recognition of his contributions to advancing the field of computing. Professor Noh has also gained international attention in February 2020 when he served as one of two co-chairs for the USENIX ’18th USENIX Conference on File and Storage Technologies’ (FAST ’20).

Professor Noh received the B.S. degree in computer engineering from Seoul National University and the Ph.D. degree in computer science from University of Maryland. He joined the Department of Electrical and Computer Engineering at UNIST in 2015. Prior to joining UNIST, Professor Noh worked at George Washington University and Hongik University for the last 22 years. He currently serves as the Dean of Graduate School of Artificial Intelligence at UNIST. His research interests include operating system issues pertaining to embedded/computer systems with a focus on the use of new memory technologies, such as flash memory and persistent memory.