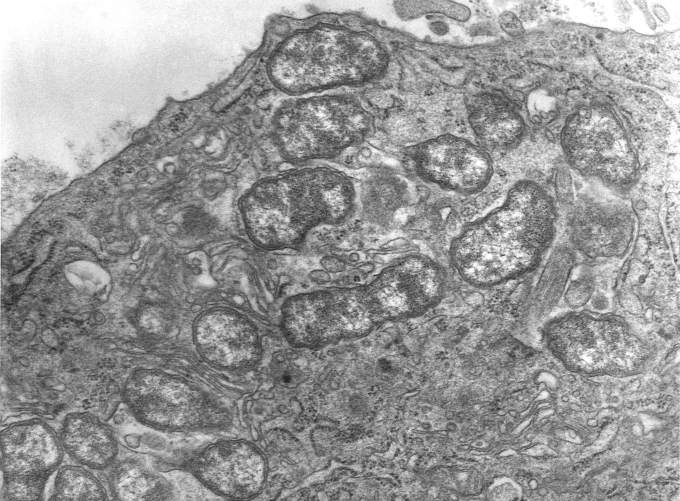 Scrub typhus, a disease transmitted through “chiggers” that kills at least 140,000 people a year in the Asia-Pacific region, may now be endemic in a part of South America, according to a study published today in the New England Journal of Medicine.

Researchers from Oxford University and the Pontificia Universidad Católica and Universidad del Desarrollo in Chile confirmed a cluster of cases of the life-threatening tropical disease in a large island off of Chile, more than 12,000 kilometres from its usual range on the other side of the Pacific.

Scrub typhus, caused by the bacteria, Orientia tsutsugamushi, is transmitted through the bite of an infective mite, and spreads through the lymphatic fluid and blood, causing fever, rash, and laboratory abnormalities such as elevated levels of C-reactive protein and liver enzymes.

“Scrub typhus is a common disease but a neglected one. Given that it is known to cause approximately a million clinical cases and kills at least 140,000 people each year, this evidence of an even bigger burden of disease in another part of the world highlights the need for more research and attention to it,” said Prof Paul Newton, Director of the Lao-Oxford-Mahosot Hospital Wellcome Trust Research Unit (LOMWRU), which collaborated in the study.

Scrub typhus has been known for years and the bacteria that causes it was first identified in Japan in 1930. It is spread by the larvae of mites – commonly called chiggers. Until 2006 it was thought to be limited to an area called the ‘tsutsugamushi triangle’, which extends from Pakistan in the west to far eastern Russia in the east to northern Australia in the south.

“The cases of scrub typhus, found off of Chile’s mainland, expand our understanding of the epidemiology of scrub typhus and suggest that there may be a much wider global distribution than previously understood,” said study author Dr Tom Weitzel, of the Universidad del Desarrollo in Chile.

In 2006, two cases were identified outside the scrub typhus triangle. One, in the Middle East, was caused by a previously unrecorded bacteria related to tsutsugamushi and named Orientia Chuto. The second was found on Chiloé, a large island just off the coast of mainland Chile.

In January 2015 and then in early 2016, three more cases were discovered by a hospital in Ancud, a town on the northern coast of Chiloé. The hospital was taking part in a study of rickettsia bacteria infections, similar to the scrub typhus-causing Orientia.

Samples from the three patients were initially processed in Chile by the original research team at Pontificia Universidad Católica de Chile. Once scrub typhus was suspected, samples from the first patient were flown to the Mahidol Oxford Tropical Medicine Research Unit (MORU) in Thailand and to LOMWRU, its Laos Unit in Vientiane. Part of Oxford’s Tropical Medicine group, MORU and LOMWRU are in countries where scrub typhus is endemic and leaders in scrub typhus research in South-East Asia.