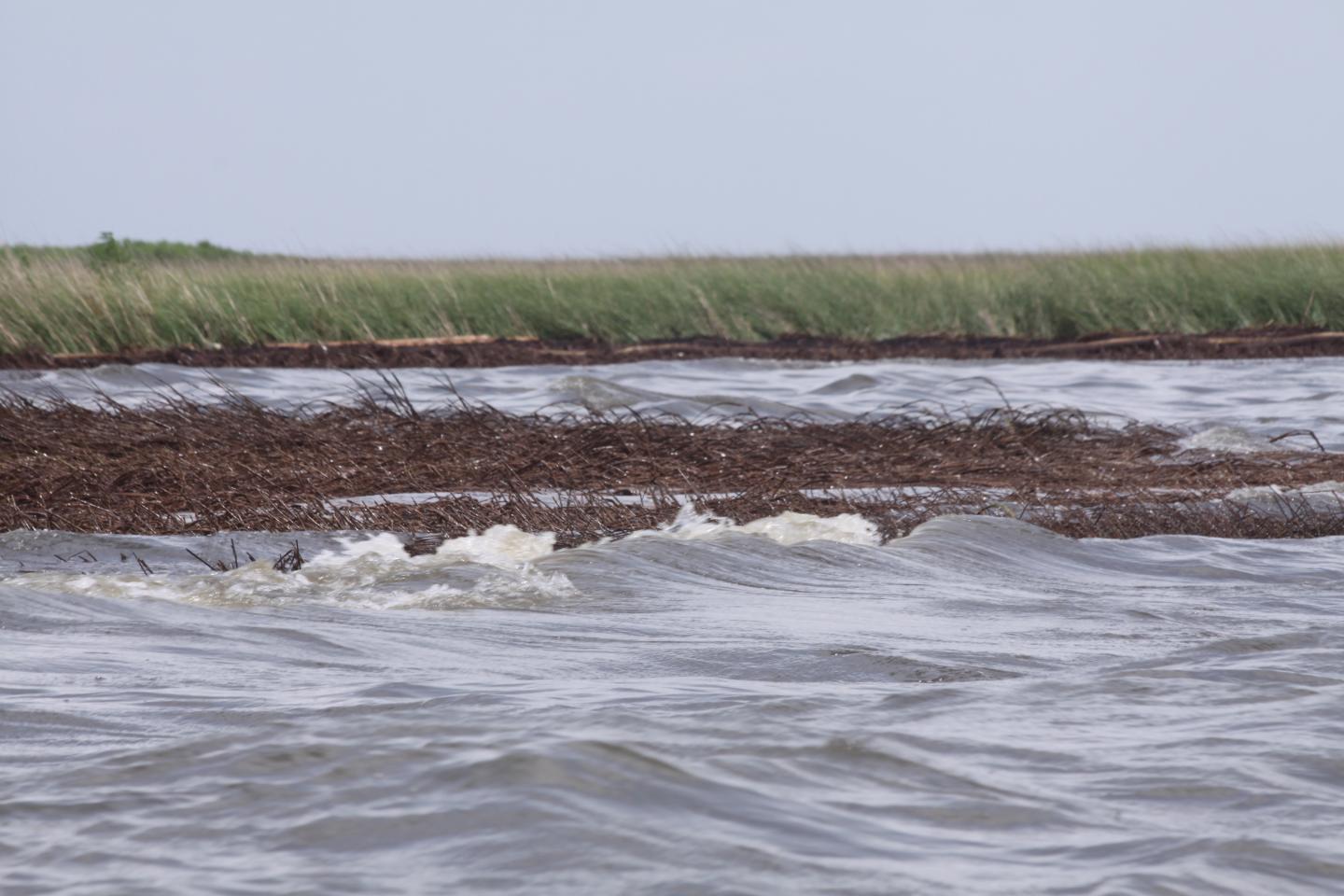 DURHAM, N.C. — A new Duke University-led study finds that the death of marsh plants due to disturbances like the heavy oiling from the Deepwater Horizon oil spill can double the rate of shoreline erosion in hard-hit marshes.

“The results from our field experiment unequivocally show that the loss of wetland vegetation increases the rate of erosion on wave-stressed shorelines by 100%,” said Brian R. Silliman, Rachel Carson Professor of Marine Conservation Biology at Duke’s Nicholas School of the Environment.

“These findings are going to make it hard for oil companies whose spills kill marsh grasses or mangroves on the edge of coastal wetlands to say that the loss of plants due to heavy oiling doesn’t have a long-term effect,” he said.

Some industry-sponsored scientists have theorized that the increased erosion of Louisiana marshes following the 2010 Deepwater Horizon spill didn’t stem from the spill itself. They say that Hurricane Katrina, which struck the coast five years earlier, was already causing the marshes to erode faster and that plant loss from the oil spill played a negligible role.

“Our study refutes that claim,” Silliman said. “We’re not saying that soil type and hurricane-driven wave action don’t affect marsh-edge erosion rates too, but our findings clearly show that the loss of plant roots compounds everything else and accelerates erosion even further.”

Silliman and his colleagues published their peer-reviewed paper May 23 in Current Biology.

To test the competing theories, they conducted a three-year field experiment at salt marsh sites in Florida with similar soils, vegetation and wave exposure as marshes that were hit by the Deepwater Horizon spill.

The researchers divided the sites into test plots of different sizes and subjected plots of each size to three different treatments. In some plots, they repeatedly cut the plants’ stems down to the ground but left the roots intact. In other plots, they used herbicide to kill the plants, roots and all. Other plots were left unaltered to serve as controls where researchers could measure the base rate of erosion caused by wave action.

“In plots where we just cut off the stems, no extra erosion over the base rate occurred because the roots were still there to help hold things together. But in plots where we killed the roots too, the amount of land loss increased by 100 percent,” Silliman said.

“The size of the test plot didn’t matter. Wherever we started killing roots, that’s where erosion started happening,” he said.

An analysis of other recent peer-reviewed studies on marsh erosion corroborated the team’s findings and confirmed that the amount of land loss in an affected marsh is directly proportional to the amount of root loss.

“These small-scale experiments confirmed what we found in large-scale observational studies across hundreds of kilometers of heavily oiled marshes in Louisiana following the Deepwater Horizon spill,” Silliman said. “If a disturbance like heavy oiling kills the roots, increased erosion occurs. The more roots killed, the more erosion. And because the eroded area is much lower in elevation and is flooded continuously, the plants can’t grow back. The land has been converted into sea.”

“Coastal wetlands offer protection from storm surges and other extreme weather and climate events,” said David Garrison, a program director in the National Science Foundation’s Division of Ocean Sciences, which funded the research. “This paper is an important step in understanding the resilience of these important ecosystems.”

Various sources have estimated that between 15,000 and 24,000 acres of Gulf Coast salt marshes experienced plant stem oiling above a 90% threshold as a result of the Deepwater Horizon spill. Previous research led by Silliman has shown that 90% is the tipping point at which root death occurs and recovery is no longer possible.

“Given the vital roles coastal salt marshes play in protecting shorelines from erosion and flooding, providing habitat for wildlife and helping clean our water, we need to better understand the thresholds of salt marsh resilience to human disturbances like oil,” Silliman said.