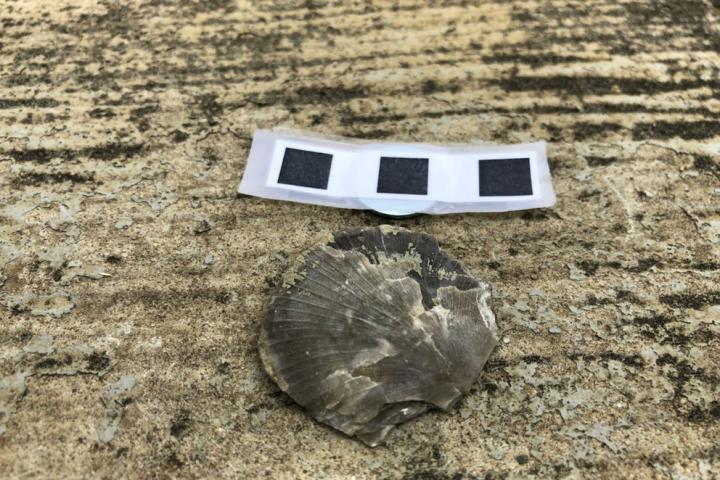 Mass extinctions are known as times of global upheaval, causing rapid losses in biodiversity that wipe out entire animal groups. Some of the doomed groups linger on before going extinct, and a team of scientists found these “dead clades walking” (DCW) are more common and long-lasting than expected.

“Dead clades walking are a pattern in the fossil record where some animal groups make it past the extinction event, but they also can’t succeed in the aftermath,” said Benjamin Barnes, a doctoral student in geosciences at Penn State. “It paints the pictures of a group consigned to an eventual extinction.”

The scientists found 70 of the 134 orders of ancient sea-dwelling invertebrates they examined could be identified as DCW in a new statistical analysis of the fossil record.

“What really fascinated us was that over half of all the orders we looked at have this phenomenon and that it can look like many different things,” said Barnes, who led a group of graduate students and a postdoctoral researcher on the study. “In some cases, you have a group that has a sudden drop in diversity and lasts for a few more million years before disappearing from the record. But we also found many orders straggled along sometimes for tens or hundreds of millions of years.”

The findings, published in the journal Proceedings of the National Academy of Sciences, challenge the view of extinction as a sudden disappearance and suggest that the full impact of mass extinctions lag behind the events themselves longer than previously expected, the scientists said.

“I think it raises questions about how the so-called kill mechanism operates,” Barnes said. “We think of mass extinctions as being these selective forces that cause large groups of animals to go extinct, but our results really show there are a lot of instances where it’s not so sudden. It raises questions about why that’s such a long delay.”

Paleontologist David Jablonski first coined the term DCW more than 20 years ago, and since then it has been associated almost exclusively with mass extinctions. Using a wealth of new fossil record data made available over the last two decades, the study found DCW are also common around smaller, more localized background extinction stages, the scientists said.

“Our results suggest that rather than representing a rare, brief fossil pattern in the wake of mass extinction events, DCWs are actually a really diverse phenomenon and that there might be a lot of drivers that produce this pattern in the fossil record,” Barnes said. “These DCWs may represent a major macroevolutionary pattern.”

The scientists used a statistical technique called a Bayesian change point algorithm to analyze fossil records from the Paleobiology Database, a public record of paleontological data maintained by international scientists.

The method allowed the researchers to search time series data for significant points where the data deviated from the pattern. They were able to identify negative jagged shifts in diversity and rule out that the organism went extinct immediately but instead persisted.

“So you might be looking in the fossil record and you’ll find tons of a type of brachiopod,” Barnes said. “Each order has a handful of families and dozens of genera within those families. Then you might see a drop in diversity, and the majority of those genera disappear and perhaps there’s only one family that continues to survive.”

Those survivors can continue in their niche for millions of years, even into the present. But their lack of diversity makes them more susceptible to future environmental challenges or extinction events, the scientists said.

“I think these findings cause you to reexamine how you measure success,” Barnes said. “It’s quite possible for an animal group not to produce new families and new genera at a rate like it did before, but if it continues to survive for many millions of years, that’s still some form of success. I think it raises a lot of questions about what it means to be successful as a fossil organism and what ultimately are the controls of origination.”

Barnes, the lead author on the study, is advised by Lee Kump, John Leone Dean in the College of Earth and Mineral Sciences and professor of geosciences at Penn State.