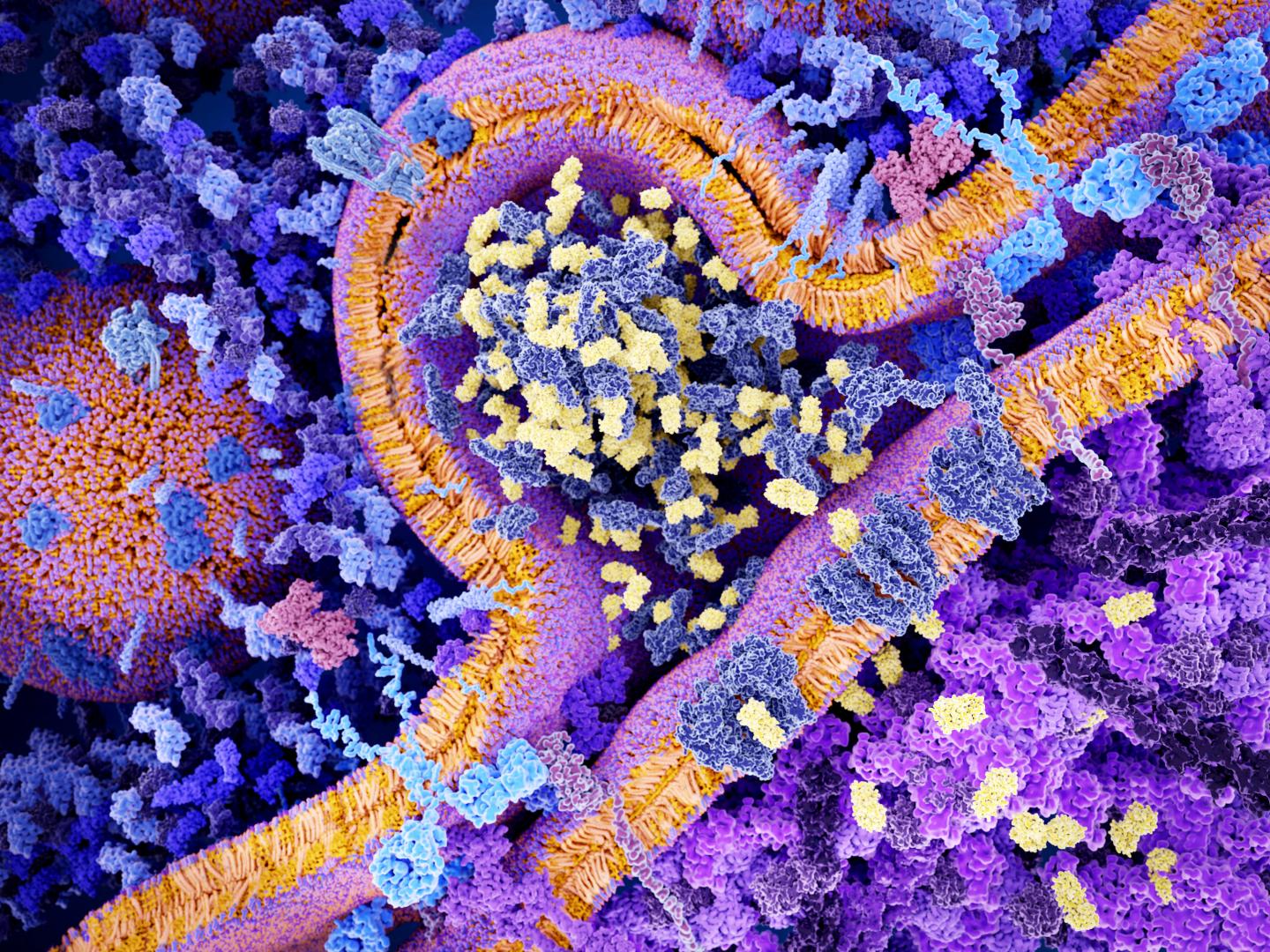 LA JOLLA, CA–A decade ago researchers announced development of a cancer immunotherapy called CAR (for chimeric antigen receptor)-T, in which a patient is re-infused with their own genetically modified T cells equipped to mount a potent anti-tumor attack. Since then CAR T approaches (one of several strategies collectively known as “adoptive T cell transfer”) have made headlines as a novel cellular immunotherapy tool, most successfully against so-called “liquid cancers” like leukemias and lymphomas.

Sarcomas and carcinomas have proven more resistant to these approaches, in part because engineered T-cells progressively lose tumor-fighting capacity once they infiltrate a tumor. Immunologists call this cellular fatigue T cell “exhaustion” or “dysfunction.”

In efforts to understand why, La Jolla Institute for Immunology (LJI) investigators Anjana Rao, Ph.D., and Patrick Hogan, Ph.D., have published a series of papers over the last years reporting that a transcription factor that regulates gene expression, called NFAT, switches on “downstream” genes that weaken T cell responses to tumors and thus perpetrates T cell exhaustion. One set of these downstream genes encodes transcription factors known as NR4A, and a previous graduate student, Joyce Chen, showed that genetic elimination of NR4A proteins in tumor-infiltrating CAR T cells improved tumor rejection. However, the identity of additional players cooperating with NFAT and NR4A in that pathway has remained unknown.

Now a paper published in this week’s online edition of the Proceedings of the National Academy of Sciences (PNAS) from the Rao and Hogan labs provides a more complete list of participants in an extensive gene expression network that establishes and maintains T cell exhaustion. The study employs a mouse model to show that genetically eliminating two new factors, TOX and TOX2, also improves eradication of “solid” melanoma tumors in the CAR T model. This work suggests that comparable interventions to target NR4A and TOX factors in patients may extend the use of CAR T-based immunotherapy to solid tumors.

The group began by comparing gene expression profiles in samples of normal versus “exhausted” T cells, searching for factors upregulated in parallel with NR4A as co-conspirators in T cell dysfunction. “We found that two DNA binding proteins called TOX and TOX2 were consistently highly expressed along with NR4A transcription factors,” says Hyungseok Seo, Ph.D., a postdoctoral fellow in the Rao lab and the study’s first author. “This discovery suggested that factors like NFAT or NR4A may control expression of TOX.”

The group then recapitulated a CAR T protocol in mice by first inoculating animals with melanoma tumor cells to establish a tumor, and then a week later infusing mice with one of two collections of T cells: a “control” sample from a normal mouse, versus a sample derived from mouse genetically engineered to lack TOX and TOX2 expression in T cells.

Additional analysis led the investigators down a pathway ending with a well-known immune adversary. The researchers showed that TOX factors join forces with both NFAT and NR4A to promote expression of an inhibitory receptor called PD-1, which decorates the surface of exhausted T cells and sends immunosuppressive signals.

PD-1 is blocked by numerous monoclonal antibodies called checkpoint inhibitors, which combat immunosuppression and activate an innate anti-cancer immune response. Convergence of TOX, NFAT, and NR4A on PD-1 makes molecular and immunological sense and puts it at the convergence of both cellular and antibody immunotherapy approaches.

“Currently, CAR T cell therapy shows amazing effects in patients with “liquid tumors” such as leukemia and lymphoma,” says Seo. “But they still do not work well in patients with solid tumors due to T cell exhaustion. If we could inhibit TOX or NR4A by treating CAR T cells with a small molecule, this strategy might show a strong therapeutic effect against solid cancers such as melanomas.”