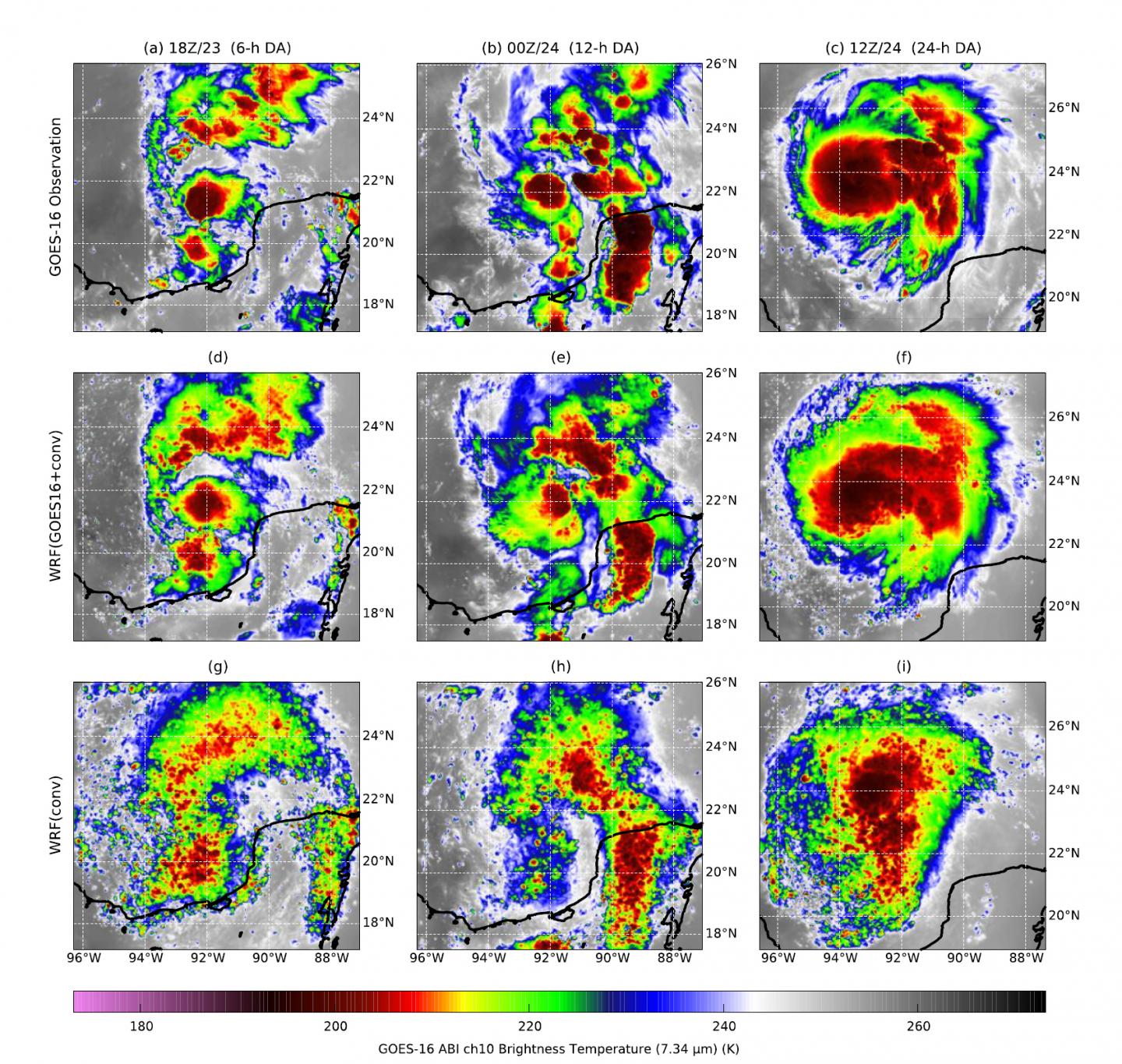 Operational models for severe weather forecasting predicted Hurricane Harvey would become a Category 1 hurricane in 2017, according to the University Corporation for Atmospheric Research. Instead, it became a massive Category 4 just before it made landfall, tying Hurricane Katrina for the costliest hurricane on record.

Now a new approach developed at Penn State’s Center for Advanced Data Assimilation and Predictability Techniques can forecast the intensity and trajectory of Hurricane Harvey, according to researchers at Penn State and the National Oceanographic and Atmospheric Administration.

The approach used data from the GOES-16 satellite, coupled with Penn State’s all-sky radiance method, which more accurately modeled Hurricane Harvey. The data is called “all-sky” because it captures data in all weather conditions, including clouds and rain.

The work, led by Fuqing Zhang, distinguished professor of meteorology and atmospheric science at Penn State, now deceased, is the first time GOES-16 satellite data was used to forecast hurricanes. Hurricane Harvey was the first major hurricane captured by GOES-16, which became fully operational in 2017. Zhang died in July not long after being diagnosed with cancer.

When he discussed the research in June, Zhang said, “This is still experimental. We have demonstrated that we can improve the track, position, intensity and structure of this particular event. We still need to study all other hurricane events with new satellite data but this gives us a lot of promises for the future of hurricane forecasting.”

Zhang added that this study, published in the Bulletin of the American Meteorological Society, suggested that all-sky radiance data could greatly benefit hurricane forecasting in general.

In this proof-of-concept study, researchers used hindcasting — using data collected during the event, but analyzing it afterwards. This allowed researchers to hone in on the most telling data and further refine the model.

The process for creating operational-ready models often takes several years. It begins with hindcasted models before those models are tested alongside existing models to see if any improvements occurred. Because weather forecasting saves lives, the models undergo strict procedures and testing before implementation.

The all-sky radiance approach was paired with a model developed at the National Center for Atmospheric Research with help from members of Penn State’s Department of Meteorology and Atmospheric Science. When running the model for a 24-hour period, researchers found assimilating all-sky radiance data better reproduced cloud intensity and patterns when contrasted with the current model. That led to more accurate forecasting in both the eye of the storm and peripherals.

“We will continue to test our satellite data assimilation system with more hurricanes to see if this method works well with other severe weather events,” said Xingchao Chen, an assistant research professor at Penn State who was involved in this research. “In addition to all-sky infrared radiances, we are beginning to look at microwave radiances, which effectively penetrate cloudy regions.”

When researchers contrasted images created using models with and without all-sky radiance data included, it not only showed a stark improvement over operational models, it created images nearly identical to actual satellite images during the storm. The operational models that failed to predict the rapid intensification of Harvey included the National Oceanic and Atmospheric Administration’s (NOAA) regional-scale Hurricane Weather Research and Forecasting Model, NOAA’s Global Forecast System, and the integrated forecast system by the European Center for Medium Range Weather Forecasts.

“That’s the beauty of assimilating the GOES-16 satellite,” Zhang said. “It looks almost identical to the actual observation. The use of all-sky radiance doesn’t just improve existing models. It makes a huge difference.”

Masashi Minamide, Robert G. Nystrom and Xingchao Chen, all of Penn State, and Shian-Jiann Lin and Lucas M. Harris, of NOAA, contributed to this research.
This research was funded by NASA, the National Science Foundation and NOAA.