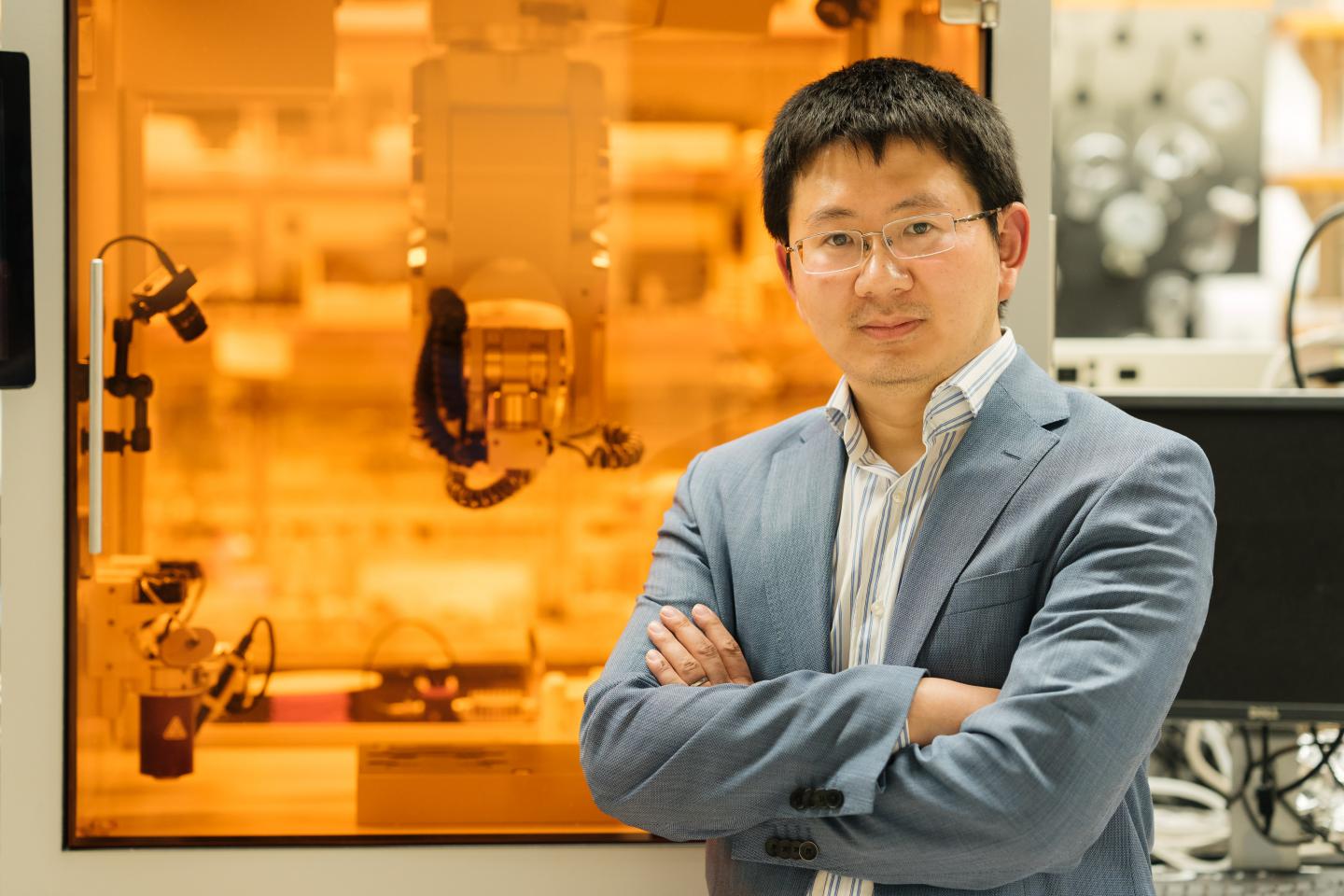 HANOVER, N.H. – February 14, 2020 – Chenfeng Ke, an assistant professor of chemistry at Dartmouth, has been awarded the 2020 Cram Lehn Pedersen Prize in Supramolecular Chemistry.

The prize, awarded annually by the International Symposium on Macrocyclic and Supramolecular Chemistry (ISMSC), recognizes significant, original and independent work by an early-career researcher in the area of supramolecular chemistry.

“It is a great honor to receive this award as a supramolecular chemist.” said Ke. “I really appreciate the support from the community. My aspiration is to contribute to the development of supramolecular chemistry by bringing these dynamic systems across the nano-to-macroscale, developing macroscopic machinery materials that operate cohesively at the molecular level.”

Supramolecular chemistry studies the structures that mimic biological machineries such as double-stranded DNA, enzymes, proteins and their substrates. In the past few decades, this concept has been extended to make responsive polymers for 3D printing, functional biomaterials for therapeutics, as well as applications in data storage and processing.

“In his short career, Professor Chenfeng Ke has shown outstanding creativity in the development of 3D-printed mechanically interlocked monoliths,” said Roger Harrison, secretary of the ISMSC International Committee. “He has also discovered transformations of fluorescent supramolecular networks and their guest-induced expansion. These and other innovations show that Professor Ke is a premier supramolecular chemist.”

The Cram Lehn Pedersen Prize is named in honor of Donald Cram, Jean-Marie Lehn and Charles Pedersen, winners of the 1987 Nobel Prize in chemistry for establishing the supramolecular chemistry research field.

The award will be presented at the International Symposium on Macrocyclic and Supermolecular Chemistry in Sydney, Australia from July 16-20, 2020. As part of the prize, Ke will participate in a lecture tour organized by Chemical Communications, a journal of the Royal Science of Chemistry.

Founded in 1769, Dartmouth is a member of the Ivy League and offers the world’s premier liberal arts education, combining its deep commitment to outstanding undergraduate and graduate teaching with distinguished research and scholarship in the arts and sciences and its leading professional schools: the Geisel School of Medicine, the Guarini School of Graduate and Advanced Studies, Thayer School of Engineering and Tuck School of Business.

Membrane madness: The ins and outs of moving materials through the…