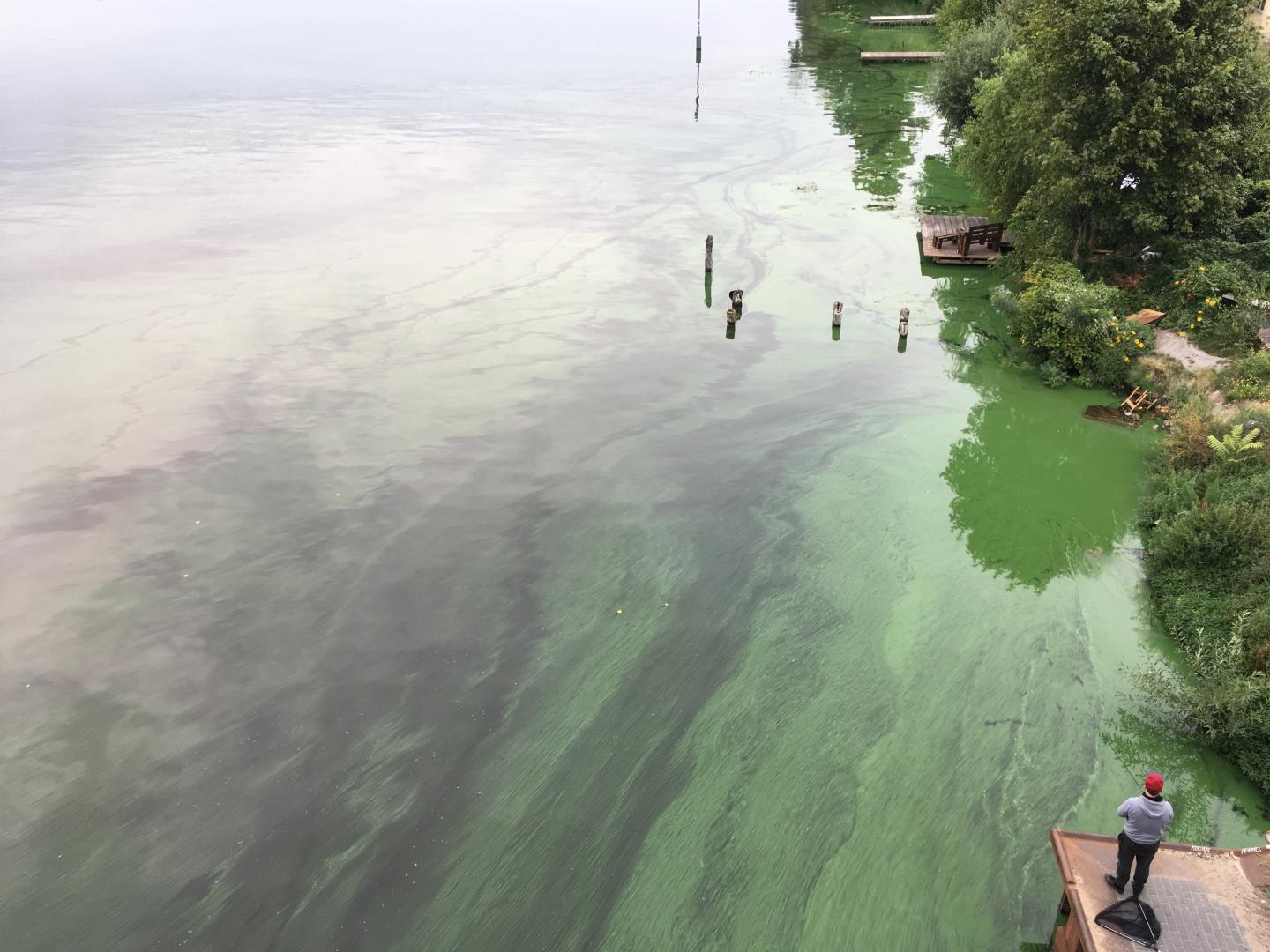 Cyanobacteria, also known as blue-green algae, are among the most common organisms on Earth. A research team led by the Leibniz-Institute of Freshwater Ecology and Inland Fisheries (IGB) and Heidelberg University has now shown for the first time that Cyanobacteria produce relevant amounts of methane in oceans, inland waters and on land. Due to climate change, “Cyanobacteria blooms” increase in frequency and extent, amplifying the release of methane from inland waters and oceans to the atmosphere.

Methane generation by microorganisms is traditionally considered to take place only under strictly anoxic conditions by microbes of the domain Archaea. This assumption is refuted by the results of the present study led by Dr. Mina Bizic from IGB. The international research team investigated seventeen cyanobacterial species that occur in the sea, freshwater and soil. “Cyanobacteria in surface water are a previously unknown source of methane and we were able to show for the first time that these bacteria produce the greenhouse gas methane during photosynthesis,” states Dr. Mina Bizic. To do so, Thomas Klintzsch from Heidelberg University used isotopically labelled carbon to evaluate how methane is formed in the cell during the conversion of light energy into chemical energy.

In laboratory experiments, the team compared the amount of methane produced by Cyanobacteria with the amounts produced by methanogenic archaea and organisms with cell nuclei (eukaryotes). “Cyanobacteria produce less methane than archaea, but more methane than eukaryotes. It is difficult to estimate the global amount of methane produced by Cyanobacteria because there is a severe lack of detailed data on the biomass of these organisms in water and soil,” says co-author Frank Keppler, Professor at the Institute of Earth Sciences at Heidelberg University.

It may be that Cyanobacteria have been producing the greenhouse gas methane already since the early days of Earth. Cyanobacteria are well known for the Great Oxygenation event that took place 2.5 billion years ago, but the oldest known fossils (stromatolites) are deposits of Cyanobacteria¬-like organism found in 3.5 billion-year-old rocks in Western Australia.

Cyanobacteria are widespread all over the world occurring in almost any illuminated environment. Some species develop particularly well in seawater or fresh water with high nutrient loads and warm temperatures. As a result of climate change, mass developments, so-called cyanobacteria or blue-green algae blooms, already occur more frequently and will do so to a greater extent in the future. “According to our current findings, this will also increase the emission of the greenhouse gas methane from various aquatic systems, which in turn increases climate change,” says senior author Prof. Hans-Peter Grossart, researcher at IGB.

Larotrectinib in tumours with NTRK gene fusion: Data are not yet sufficient

Traditional Cheeses from around the world

Scienmag Nov 14, 2019
Credit: Steven Kohl Heart failure is one of the leading causes of morbidity and mortality worldwide. In…

Can metformin reduce obesity in children and adolescents?