Cyanobacteria as “green” catalysts in biotechnology

Cyanobacteria are environmentally friendly and readily available biocatalysts for the production of new chemicals and, thanks to researchers at TU Graz, could soon be used in large-scale technological applications. 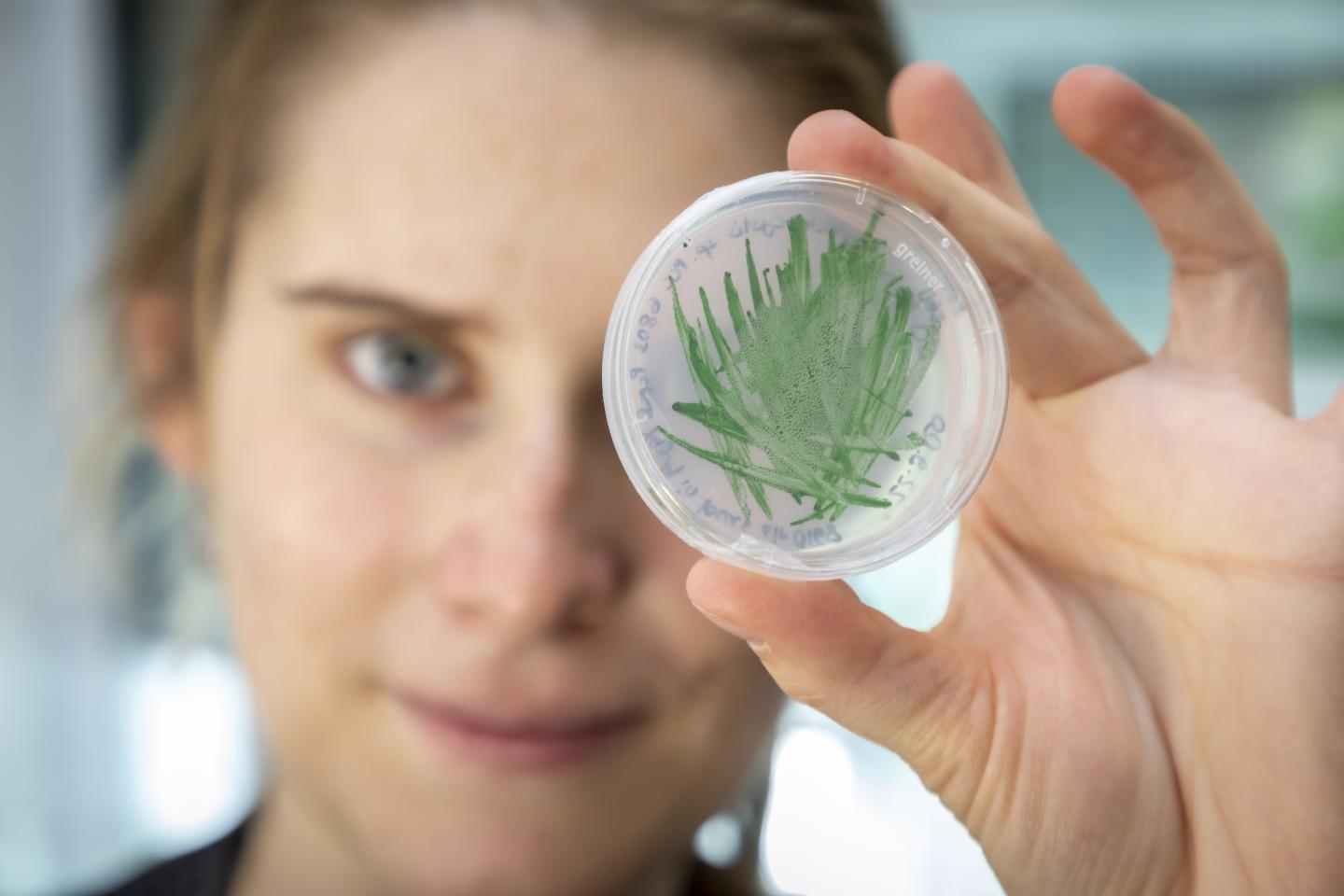 Cyanobacteria, despite staining water green through their special pigments, are colloquially known as “blue-green algae”, and convert light energy into chemical energy particularly effectively thanks to their highly active photosynthetic cells. This makes them attractive for biotechnological application, where they could be used as environmentally friendly and readily available biocatalysts for the production of new chemicals using specifically introduced enzymes.

What sounds good in theory, is still facing obstacles in the practical large-scale technological implementation. A decisive limiting factor is currently the availability of light, as Robert Kourist from the Institute of Molecular Biotechnology at Graz University of Technology explains: “When cyanobacteria are densely grown, i.e. in high concentrations, only the cells located on the outside receive enough light. Inside it’s pretty dark. This means that the amount of catalyst cannot be increased at will. After a cell density of a few grams per litre, the photosynthetic activity and thus the productivity of the cells decreases sharply. This is of course a considerable disadvantage for large-scale biotechnological production.”

By comparison, previously established biocatalysts such as yeasts can be used with cell densities of 50 grams per litre and more. The established production organisms have the major disadvantage that they depend on agricultural products as a basis for growth and thus consume many resources. “Algae-based catalysts can be grown from water and CO2, so they are ‘green’ in a two-fold sense. For this reason, intensive efforts are under way to increase the catalytic performance of cyanobacteria,” said Kourist.

Making better use of available light

Together with Ruhr University Bochum and the Finnish University of Turku, the algae working group at TU Graz has now succeeded in increasing precisely this catalytic performance by specifically redirecting the photosynthetic electron flow to the desired catalytic function. “For the first time, we were able to measure the supply of photosynthetic energy directly in the cells in a time-resolved manner so that we were able to identify bottlenecks in the metabolism,” explains Marc Nowaczyk from the Chair of Plant Biochemistry at the Ruhr University Bochum.

“We have switched off a system in the genome of the cyanobacterium that is supposed to protect the cell from fluctuating light. This system is not necessary under controlled cultivation conditions, but consumes photosynthetic energy. Energy that we prefer to put into the target reaction,” explains Hanna Büchsenschütz, doctoral student at TU Graz and first author of the study. In this way, the problem of low productivity of cyanobacteria due to high cell densities can be solved. “To put it another way, we can only use a certain amount of cells. That’s why we have to make the cells go faster. We have developed a method using so-called metabolic engineering that makes cyanobacteria a great deal more mature for biotechnological application,” said Kourist.

In addition to increasing the productivity of the cell itself through targeted interventions at the gene level, the Graz researchers are also working on new concepts for the algae cultivation process. One approach is to introduce light sources directly into the cell suspension, for example via mini LEDs. New geometries are also being experimented with. Thus, cyanobacteria in the form of encapsulated small spheres, so-called “beads”, can absorb more light overall. Robert Kourist comments: “It is very important to develop all measures on the way to large-scale industrial application of algae-based biocatalysts in an integrated way. This is only possible with interdisciplinary research that looks at the function of an enzyme in the same way as we look at engineering in the photosynthetic cell.”