Crocs’ climate clock: Ancient distribution of Crocs could reveal more about past climates 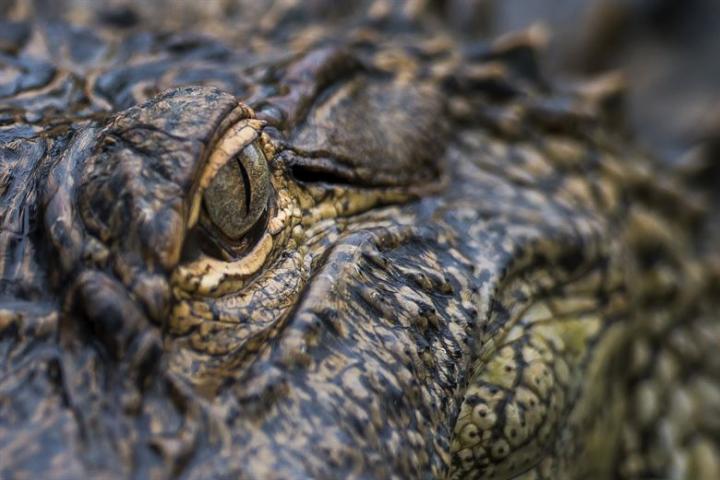 Underneath their tough exteriors, some crocodilians have a sensitive side that scientists could use to shine light on our ancient climate, according to new findings published in the Journal of Vertebrate Paleontology.

The idea of a clock inside a crocodile was imagined by JM Barrie in the story of Peter Pan, but instead of telling the current time, ancient crocodilians could serve as climate “clocks” – proxies to study past climates, in a similar way to the use of tree rings and ice cores.

This is possible because scientists have discovered that some species of crocodilian were sensitive to changes in climate while others were more tolerant. Mapping the distribution of these different species using fossil remains could reveal more precise details about what the global climate was like in different locations millions of years ago.

“Our analysis suggests that crocodilians are even less of a homogenous group than previously thought and that some alligator-like reptiles were particularly good at tolerating the dramatic changes in climate that marked the end of the Eocene epoch and the beginning of the Oligocene,” says lead author Dr Stéphane Jouve from the University of Sorbonne.

The transition between these epochs was marked by a climatic crisis, during which temperatures plummeted, sea levels fell drastically and many plants and animals became extinct as a result. Previous studies have suggested that crocodilians were one of the species to decline in diversity, but the new fossil analysis suggests that while some species did die out, others migrated to warmer waters and some managed to survive.

The coastal environment was transformed by the decline in sea level and some marine
longirostrine crocodilians escaped the cold of Europe by migrating south to North Africa. The palaeontologists suggest that Morocco could have been the platform for other marine species, in the gavialoid family, to migrate to South America. Meanwhile, the marine tomistomines, a family of crocodilians whose distribution once included England, progressively disappeared from north to south, as the freeze continued.

Freshwater species were not affected by sea level but some couldn’t survive the rapid decline in temperatures of the late Eocene and became extinct. Meanwhile, the alligator-like freshwater Diplocynodon continued to survive even the lowest temperatures of the early Oligocene epoch. Compared to the gavialoids and tomistomines, it survived a large range of latitudes, from Spain to cooler England.

‘Capacities’ Program, and fieldwork research by GRANT #9765-15 from the National Geographic Society.

The labels have been added to this press release as part of a project run by the Academy of Medical Sciences seeking to improve the communication of evidence. For more information, please see: http://www.sciencemediacentre.org/wp-content/uploads/2018/01/AMS-press-release-labelling-system-GUIDANCE.pdf

First book published on fishes of the Salish Sea

Scienmag May 9, 2019
PCORI awards $14 million for multi-center researchCredit: UIC/Kim Erwin The University of Illinois at…

From obesity to liver cancer: Can we prevent the worst?