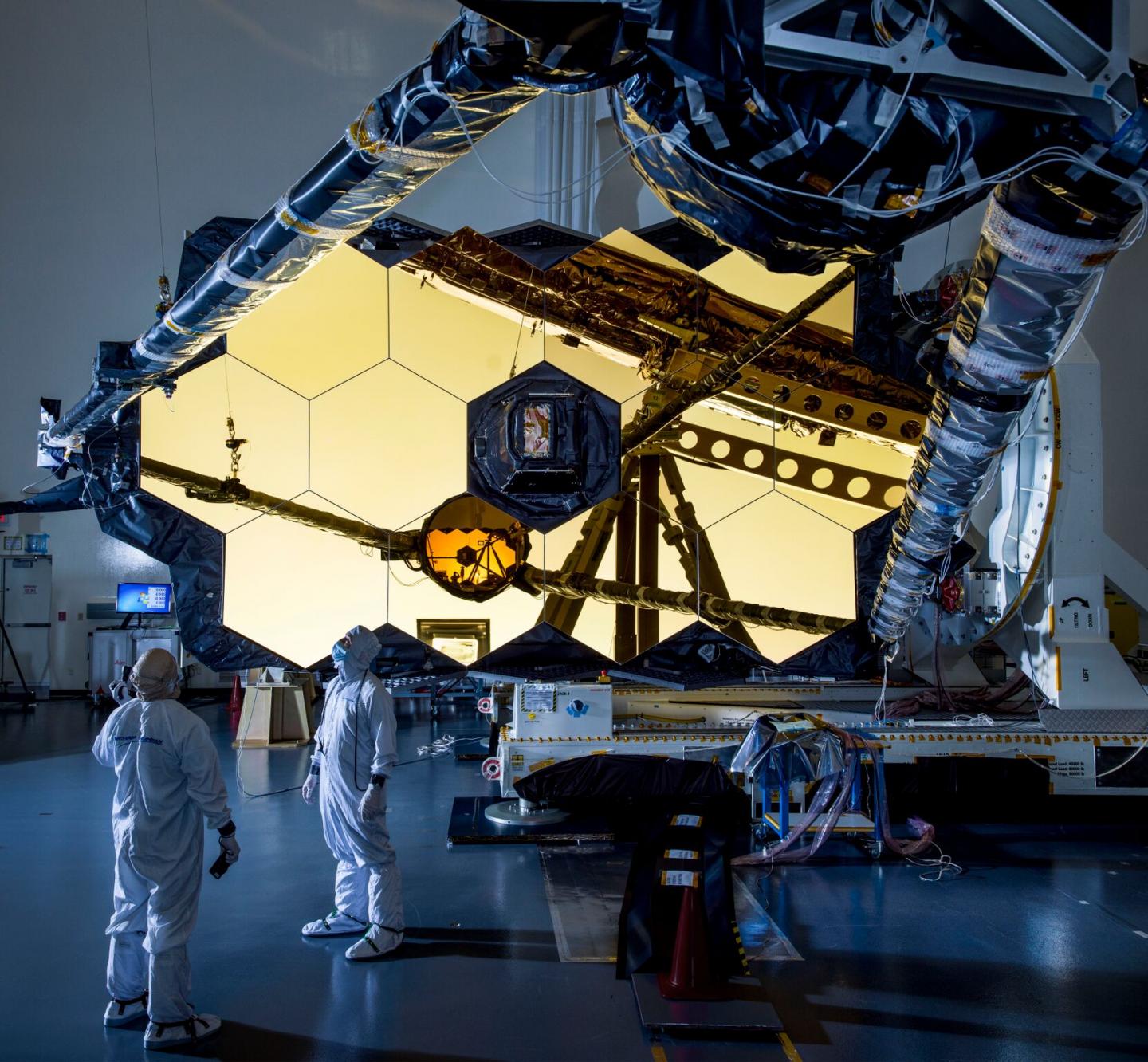 In order to do groundbreaking science, NASA’s James Webb Space Telescope must first perform an extremely choreographed series of deployments, extensions, and movements that bring the observatory to life shortly after launch. Too big to fit in any rocket available in its fully deployed form, Webb was engineered to intricately fold in on itself to achieve a much smaller size during transport.

Technicians and engineers recently tested a key part of this choreography by successfully commanding Webb to deploy the support structure that holds its secondary mirror in place. This is a critical milestone in preparing the observatory for its journey to orbit. The next time this will occur will be when Webb is in space, and on its way to gaze into the cosmos from a million miles away.

The secondary mirror is one of the most important pieces of equipment on the telescope, and is essential to the success of the mission. When deployed, this mirror will sit out in front of Webb’s hexagonal primary mirrors, which form an iconic honeycomb-like shape. This smaller circular mirror serves an important role in collecting light from Webb’s 18 primary mirrors into a focused beam. That beam is then sent down into the tertiary and fine steering mirrors, and finally to Webb’s four powerful scientific instruments.

“The proper deployment and positioning of its secondary mirror is what makes this a telescope – without it, Webb would not be able to perform the revolutionary science we expect it to achieve. This successful deployment test is another significant step towards completing the final observatory,” said Lee Feinberg, optical telescope element manager for Webb at NASA’s Goddard Space Flight Center in Greenbelt, Maryland.

Though there are many preparations still underway for the full assembly of the James Webb Space Telescope’s two halves, the secondary mirror test represents the last large milestone before the integration of Webb into its final form as a complete observatory. This operation was also another demonstration that the electronic connection between the spacecraft and the telescope is working properly, and is capable of delivering commands throughout the observatory as designed.

Webb will be the world’s premier space science observatory. It will solve mysteries in our solar system, look beyond to distant worlds around other stars, and probe the mysterious structures and origins of our universe and our place in it. Webb is an international project led by NASA with its partners, ESA (European Space Agency) and the Canadian Space Agency.

Fruit flies respond to rapid changes in the visual environment

Scienmag Feb 5, 2020
Neurons in the visual system sensitive to luminance make it possible to maintain effective vision and react…