NASA’s SpaceX Crew-4 mission is scheduled to launch to the International Space Station on Saturday, April 23, from NASA’s Kennedy Space Center in Florida. This launch carries three NASA astronauts – Kjell Lindgren, Robert Hines, and Jessica Watkins – and ESA (European Space Agency) astronaut Samantha Cristoforetti. This spaceflight is the first for Hines and Watkins and the second for Lindgren and Cristoforetti. 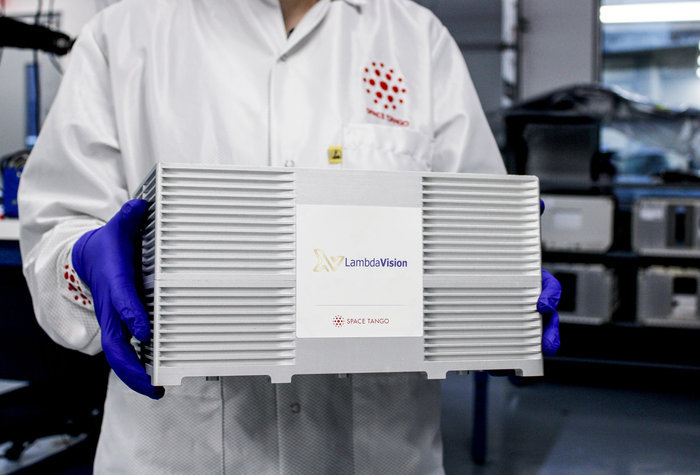 NASA’s SpaceX Crew-4 mission is scheduled to launch to the International Space Station on Saturday, April 23, from NASA’s Kennedy Space Center in Florida. This launch carries three NASA astronauts – Kjell Lindgren, Robert Hines, and Jessica Watkins – and ESA (European Space Agency) astronaut Samantha Cristoforetti. This spaceflight is the first for Hines and Watkins and the second for Lindgren and Cristoforetti.

Here are details on some of the research riding with the crew aboard the SpaceX Dragon Freedom capsule into low-Earth orbit:

Artificial retinas could restore meaningful vision for the millions of people on Earth who suffer from retinal degenerative diseases, including retinitis pigmentosa and age-related macular degeneration. The ISS National Lab-sponsored study Protein-Based Artificial Retina Manufacturing evaluates a manufacturing process to develop artificial human retinas using a light-activated protein called bacteriorhodopsin, which could replace the function of damaged light-sensing cells in the eye. The process creates implants by applying layer after layer of a thin film. Microgravity may improve the quality and stability of the films by limiting the aggregation and sedimentation of particles that occur on Earth. The investigators from U.S.-based company LambdaVision conducted earlier experimentson the space station to determine whether the layering process worked better in microgravity. This investigation builds on that work.

The wonders of wireless

Wireless Compose-2, an investigation from ESA, demonstrates the capabilities of wireless networks to support science experiments and provide precise control and navigation of free-flying objects. One of these free-fliers is Cimon, an artificial intelligence assistant that ESA currently is testing on the space station. Wireless Compose-2 includes operation of a German Space Agency (DLR) experiment, Ballistocardiography for Extraterrestrial Applications and long-Term missions (BEAT), that uses sensors built into a garment to monitor and measure heart parameters such as blood pressure. Normally, scientists can only access these data using sonograms and computer tomography or computerized X-ray imaging. This technology could provide greater insight into performance of the cardiovascular system in space and how it changes during a long-term space mission.

Crew-4 also continues operations for experiments already under way on the space station, including:

Kibo-RPC allows students to create programs to control an Astrobee, one of the space station’s free-flying robots. Sponsored by the Japan Aerospace Exploration Agency (JAXA), this program provides participants hands-on experience with science, technology, engineering, and mathematics in space, helping to inspire the next generation of explorers. During her previous flight, Cristoforetti worked on a similar student program, SPHERES-VERTIGO. For that investigation, students wrote software to use multiple free-flying satellites to construct 3D models of a target object. The ability to create such models of unknown objects in space using one or two small satellites has potential applications for a wide range of space missions. Listen to Cristoforetti talk about some of the research she conducted on her previous mission.

XROOTS uses hydroponic (liquid-based) and aeroponic (air-based) techniques to grow plants without soil or other traditional growth media. Investigators plan to use video and still images to evaluate plant growth through the entire life cycle. Current space-based plant systems are small and use particulate media-based systems to deliver water and nutrients. These do not scale up well in space due to mass, containment, maintenance, and sanitation issues. Hydroponic and aeroponic techniques could enable production of crops on a larger scale for future space exploration. The system components developed for this investigation also could enhance cultivation of plants in terrestrial settings such as greenhouses, contributing to better food security for people on Earth. On his previous mission, Lindgren worked on Veg-01, a system that cultivated plants using pillows, small expandable units containing growth medium and seeds. That experiment produced red romaine lettuce, and Lindgren became one of the first people to taste a plant grown in space. Crew-4 members are not expected to eat the XROOTS plants, which will be sent back to Earth for analysis.

Monitoring crew health on deep-space exploration missions presents unique challenges, including limited space for medical devices and the inability to return samples to Earth for analysis. The rHEALTH demonstration tests using a modified, commercial off-the-shelf device to diagnose certain medical conditions. The device uses flow cytometry, a method using lasers to sort and identify cells, and can analyze cell count and cell characteristics; detect microorganisms, biomarkers, and proteins; and diagnose health disorders such as blood cancers. The demonstration verifies that the hardware can function in the space environment and evaluates its accuracy. This technology also could provide timely, cost-effective, reliable, and convenient diagnostic tests for patients on Earth who lack access to robust health-care infrastructure.

For daily updates, follow @ISS_Research, Space Station Research and Technology News or our Facebook. For opportunities to see the space station pass over your town, check out Spot the Station.